Rally to protect the Second Amendment takes place in Harrisburg

HARRISBURG, Pa. — Several Pennsylvania lawmakers joined gun owners from across the state Monday in Harrisburg for a rally to protect the Second Amendment.... 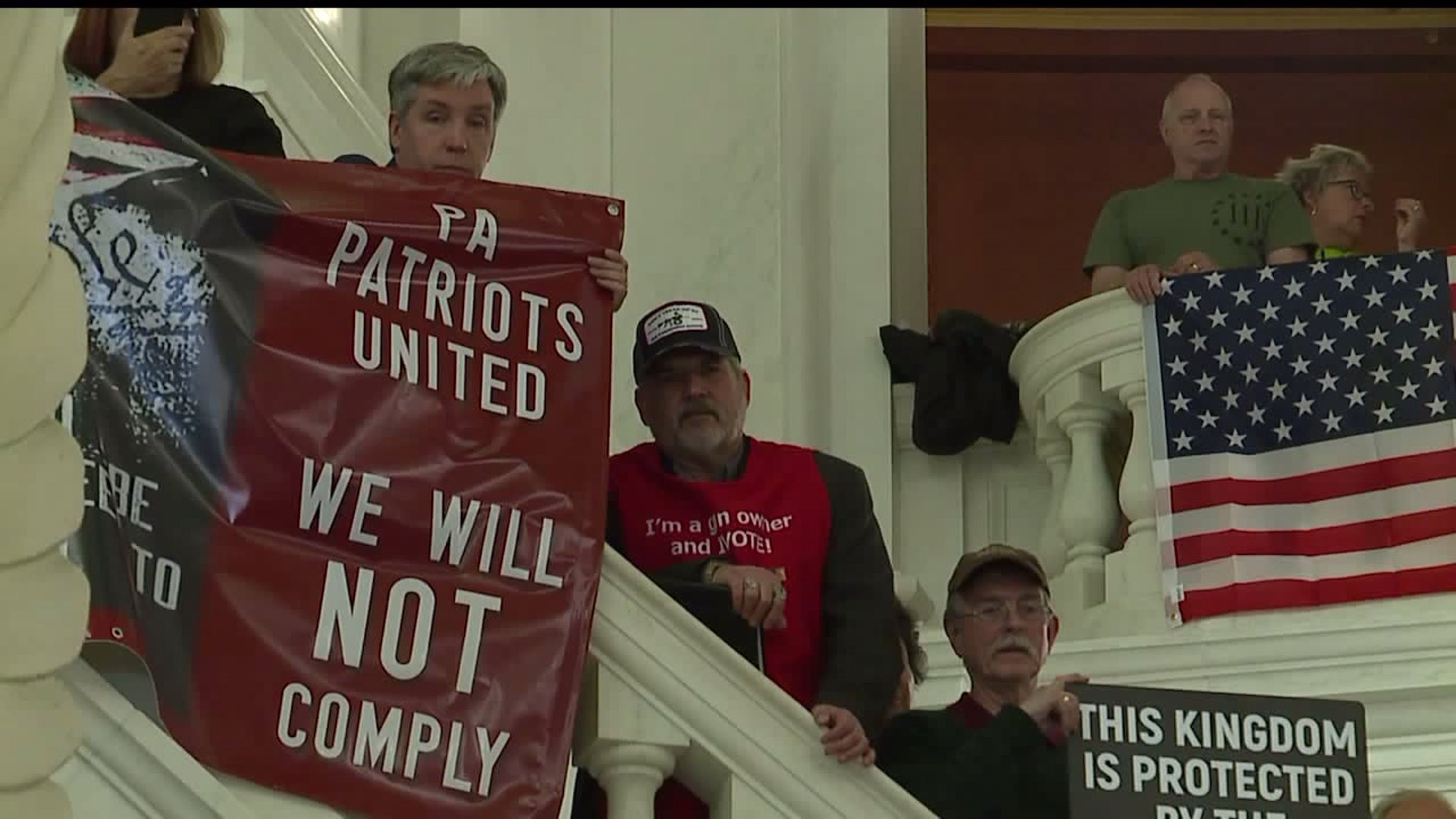 HARRISBURG, Pa. -- Several Pennsylvania lawmakers joined gun owners from across the state Monday in Harrisburg for a rally to protect the Second Amendment.

Organizers say the "Rally to Protect Your Right to Keep and Bear Arms" was established back in 2006. The event kicked off at 10 a.m. and packed the Main Capitol Rotunda.

With recent school shootings, including the attack in Parkland, Florida, gun control has been a top issue. But, some lawmakers say dismantling the Second Amendment will not stop the violence.

"Let's solve the violence, but not in a way that these tens of millions of people won't stand up and fight vigorously against. Let's exhaust all options first," said Republican Representative Eli Evankovich, who represents Westmoreland and Allegheny counties.

"I do not want one governor to have the single-handed ability to suspend my constitutional endowed right without any checks or balances," added Republican Representative Matt Dowling, who represents Fayette and Somerset counties.

The rotunda was so packed, that at one point security had to start turning people away. The event also featured patriotic music from U.S. Navy veteran, Dave Bray.