WEST MANCHESTER TWP., Pa. – Saturday, rain steadily fell all day impacting the amount of people at the York Fair. “When you come to the fair, most o... 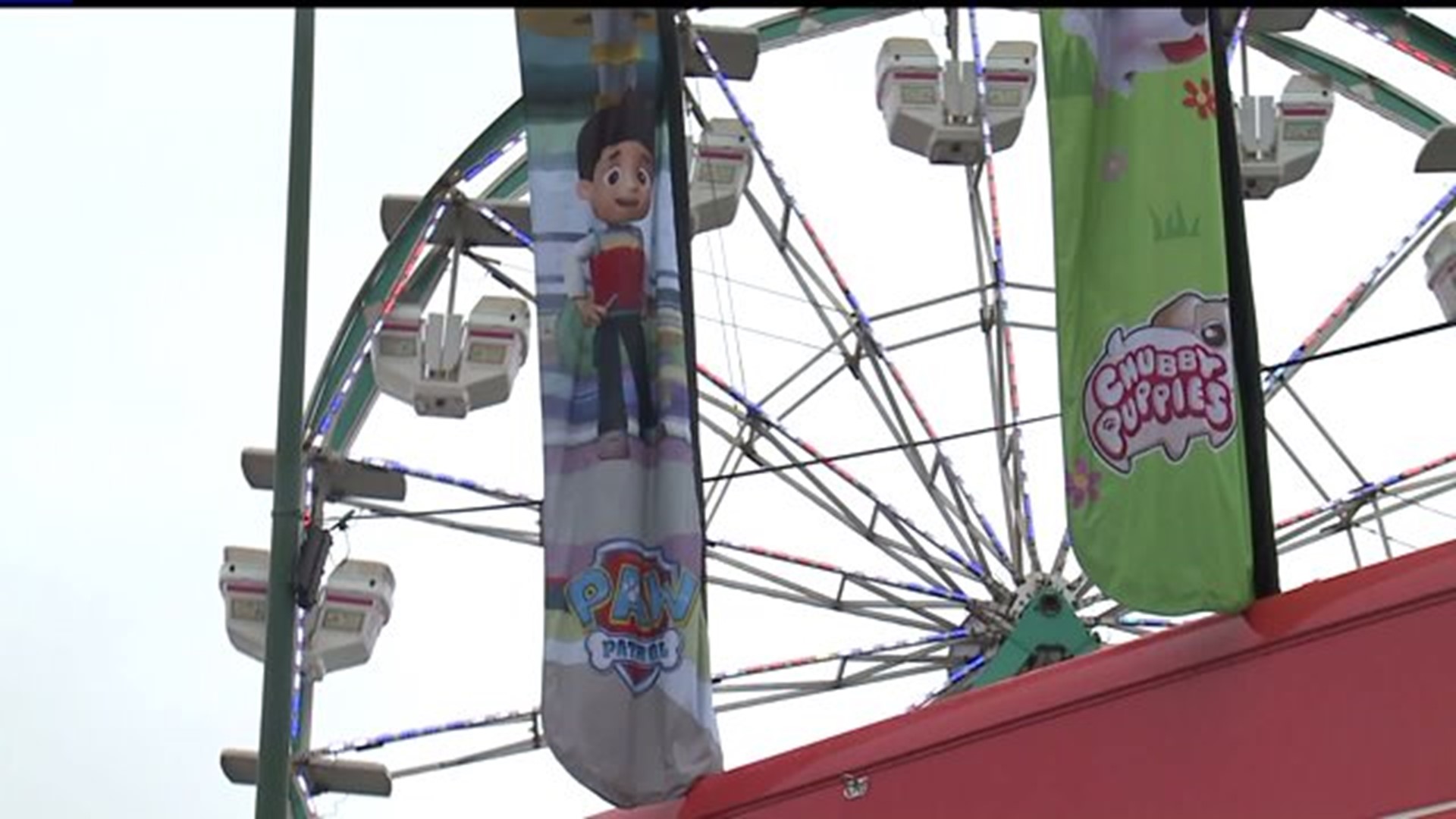 "When you come to the fair, most of time, people go inside anyway to see the exhibits, to see the commercial exhibits, stuff like that. So when it rains, a little bit, you came inside and when it stops you go back outside," said Mike Froehlich, General Manager of the York Fair.

Karan Wright drove from Springfield, Virginia to attend the fair with her daughter and parents. The weather was disappointing.

"I was a little sad, but we wanted to come anyway because it’s a lot of fun," she said.

They checked out all of the indoor exhibits like the giant pumpkins. One weighed in a 727 pounds.

"I love to come to the fair every year. It’s really nice. They have such a variety of everything that’s here and I like to see who won the biggest broom, the biggest pumpkin, all sorts of stuff," said Wright.

"I like seeing all the animals. They have a lot of different farm animals. I like see sheep being sheered and stuff," said Annette Wright.

Some kids did not get to see the animals they were waiting for. Due to the rain, Paw Patrol canceled the rest of their Saturday appearance.

"I understand due to the weather, but I’m still a little upset they didn’t take the precautions and trying to come out for the weather and stuff like that," said Cory Soissong.

She and her family drove from Pittsburgh to meet the characters. They will try to meet them again on Sunday.

Two year old Dane Cero originally wanted to meet the Paw Patrol character Marshall, but he had fun riding rides instead. He basically had them all to himself.

As the night wore on, more people did attend the fair. The Brantley Gilbert concert brought in a large crowd.