Puppy rescued in York County “worst case seen”, believed to be a case of abuse

RED LION, YORK COUNTY, Pa. — A puppy’s injuries are the worst a York County rescuer has seen. The rescuer and a veterinarian believe it’s a ca... 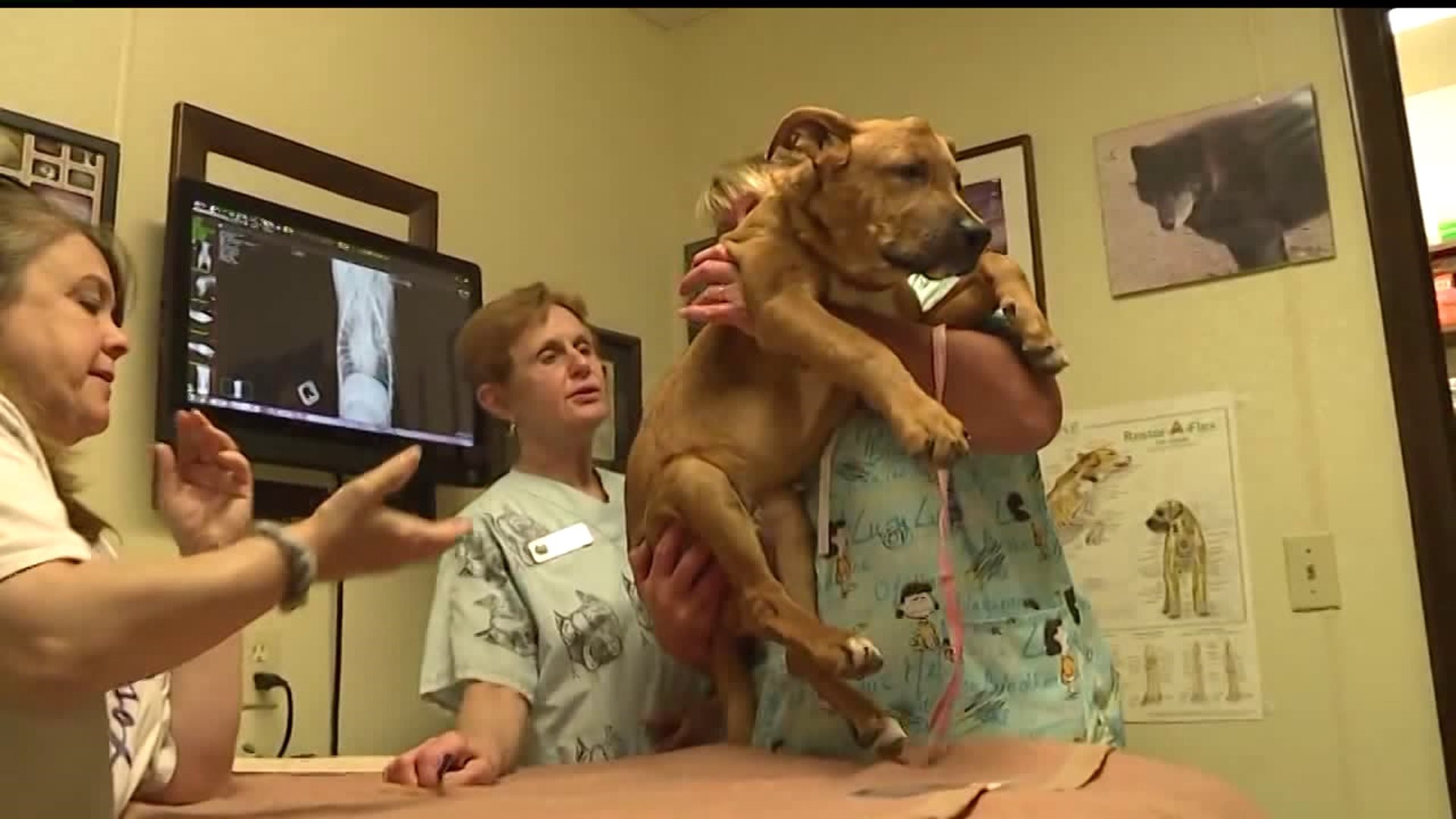 RED LION, YORK COUNTY, Pa. -- A puppy's injuries are the worst a York County rescuer has seen. The rescuer and a veterinarian believe it's a case of animal abuse.

Karma's the name of the 5-month-old dog. He underwent surgery for a serious leg injury, believed the be the result of a beating. Governor Wolf is expected to sign Libre's Law which would increase the penalties for animal abuse.

"Rib fractures and a break through the growth plate and the left, hind leg," said Dr. Chris Runnels, a surgical specialist at Lititz Veterinary Care, where Karma had surgery.

A rescuer brought Karma to Beth Ludwig after his owner surrendered him. Ludwig is the director of The Last Dog Resort in Red Lion.

"I got a phone call, a voicemail that was pretty frantic. She said her daughter told her that the man had beaten the dog," said Ludwig.

The Last Dog Rescue takes in dogs and provides them with foster homes and care until they're ready for adoption.

"He was one of the worst cases in this rescue," explained Ludwig.

Karma has a long road ahead of him, following major surgery for his broken leg.

"Whether it's an amputation or a repair, I'm not going to know until I get there," said Dr. Runnels.

Dr. Runnels says Karma's injuries are a result of blunt force trauma, believed to be sustained by an abuser.

Ludwig plans to pursue an animal cruelty investigation. Governor Wolf is expected to sign Libre's Law. That bill ups the consequences for those accused of animal abuse which the foster parent for The Last Dog Rescue stands by.

"It makes me very angry, and I am so happy there's going to be a law to punish people who hurt animals because there's no reason for it," said Mary Smith.

"I want karma happy. I want him to have the best possible home, which he actually does have an approved adopter," said Ludwig.

Before Karma can be adopted, he has a long recovery, and his care is expected to cost thousands of dollars. The Last Dog Rescue runs entirely off volunteers and donations and say they can use all help they can get.