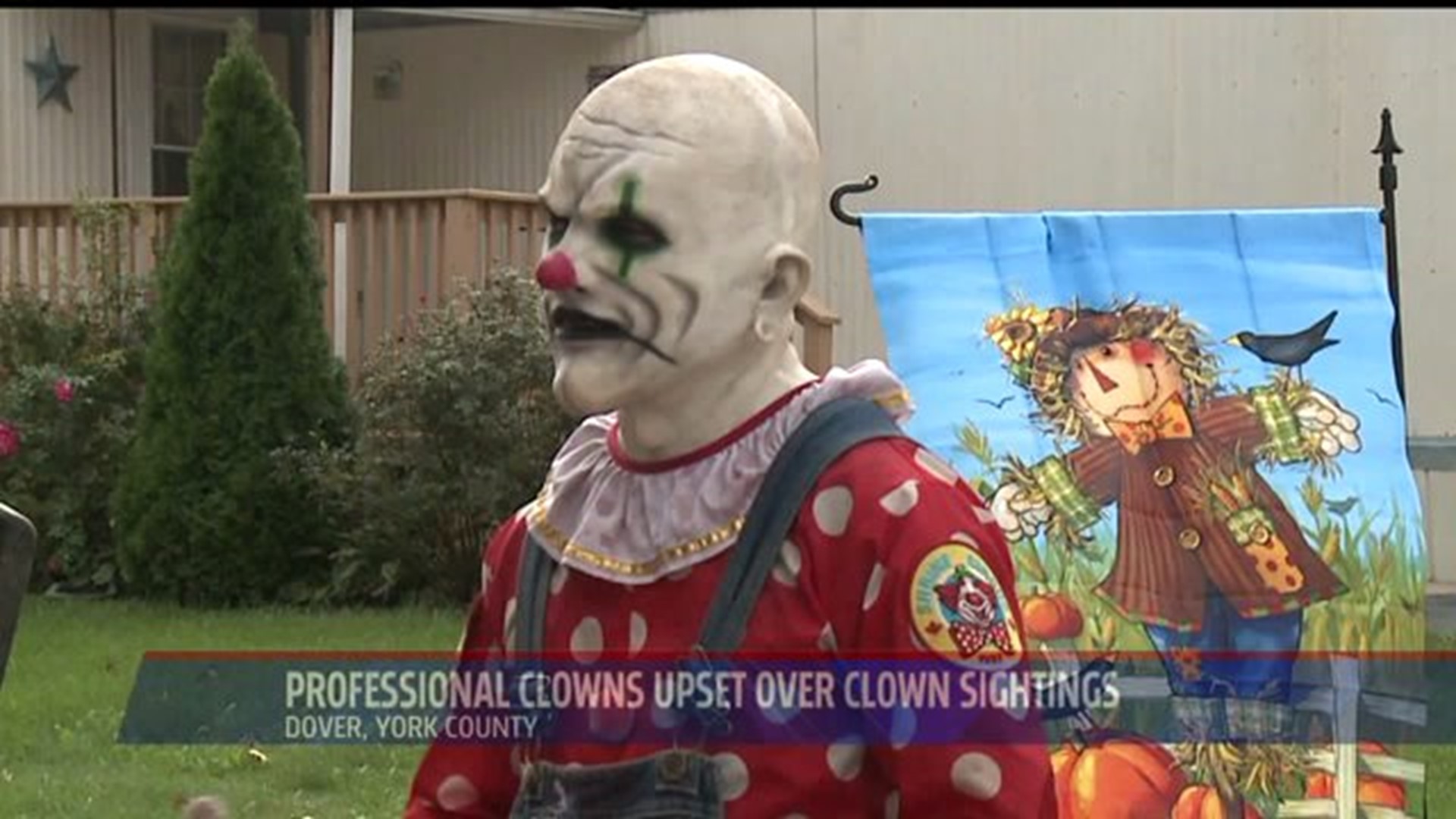 DOVER, Pa. -- A professional clown is speaking out after multiple clown sightings have people scared in Central Pennsylvania.

People wearing clown masks have been spotted throughout the region, and some call it a clown panic.

Jordan Jones has been a clown since he was 13 years old. He works at Screamland Farms in Frederick, Maryland, as Snuggles the Clown, where he entertains and scares people for a living. But he said the recent clown sightings are ruining his and other professional actors' reputations.

Jones said, "Everyone took this as a joke but it's really become serious now, and I just want all these teenagers to know that it's not a game anymore. You're ruining my job and other actors around the world."

He said a lot of those actors are now being profiled as the scary people dressing as clowns hiding in the woods. He started a movement on Facebook called Clown Lives Matter to show that just dressing as a clown to scare people is no laughing matter. And they are putting professional clowns' lives in danger.

"They go outside like myself the other day I went outside for a photo shoot and people were driving by taking pictures saying they are going to call the cops because they profiled me as one of the clowns in the woods," he said.

Sightings of clowns in York, Lancaster and Lebanon Counties have people afraid to go outside at night. But Jones said his family is concerned for his safety.

"You know my family they fear for my life now. My sister, she don't want me doing this anymore," Jones said.

He hopes people can look up to him who do want to take the profession seriously.

"They need a positive role model like myself. Yes, I'm in the clown suit, but at the end of the day I'm a brother, I'm a nephew, I'm an uncle, I have a family," he said.

And he wants to send a message to the troublemakers to stop clowning around.
"I think it's really negative. It's becoming very, very serious and I don't think a lot of people know how serious it's becoming," Jones said.