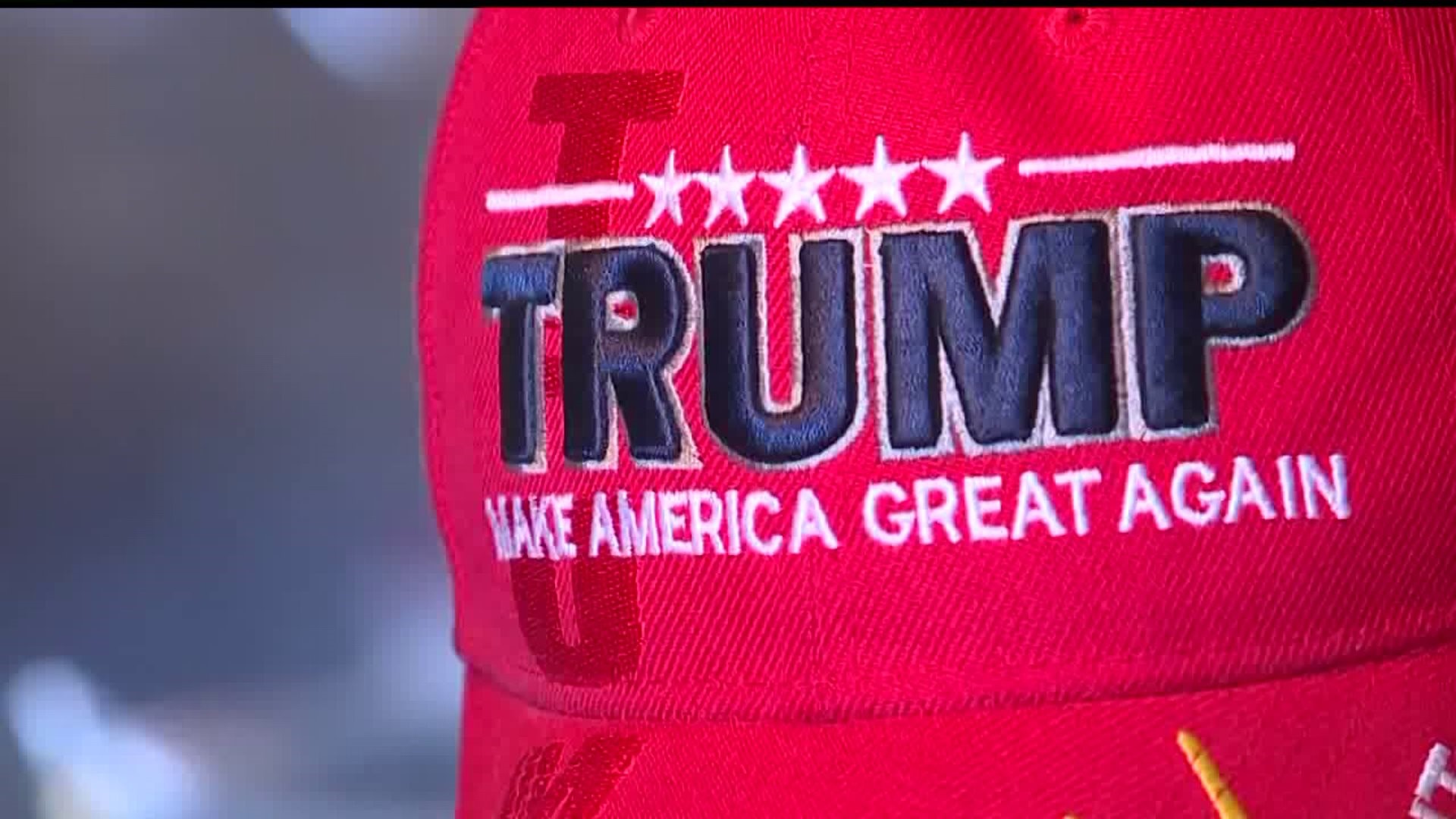 LITTLESTOWN, ADAMS COUNTY, Pa. -- A case of censorship at Littlestown High School is sparking controversy after pro-trump hats that two students were wearing are blurred out from the yearbook.

One of the students in the picture says the move violates his First Amendment rights.

“I just think that whoever did this doesn’t like Trump," said 16-year-old Jeremy Gebhart.

Gebhart says that's he and his friend decided to show their support for the president during Littlestown High School’s spirit week back in October.

The photo landed a spot in the yearbook with some changes.

"We were like they blurred our hats out!”said Gebhart.

“I was infuriated because he wears that hat because he supports our president," Said Lorriane Gebhart, Jermey's mother. “He’s not doing anything illegal he’s wearing a hat of support," he added.

Gebhart says she is disappointed in the school's decision to blur the hats.

“It’s very upsetting," said Lorraine Gebhart. “Someone used this on purpose to blur out that Trump logo and make their own statement," she added.

In a statement the superintendent wrote -  "I am aware of the yearbook situation and a mistake was made.   The mistake was not noticed during the editorial preview process prior to print.   We apologize on behalf of the yearbook club.  It is not the policy or practice of the district to improperly censor speech. Please understand we are working with young adults who are practicing to become citizens and what a better place to do so than in a school setting. We must find a way to have civil discourse around emotionally charged issues with students where the facts are understood and the opportunity to learn is available."  - Mr. Christopher E. Bigger, Superintendent of Schools

“It’s ok to disagree with peoples views, but what’s not ok is taking your freedom of speech snd using it to take away someone else’s," said Gebhart.

The Gebhart’s say they have a message for whoever was behind the decision.

“You did not silence us."

It is not clear at this point, who made the final decision.