Preventing people from jumping, to their death, off of parking garages

LANCASTER, Pa. – The Prince Street Parking Garage is the tallest open air facility in Lancaster City. From the eighth floor people can see almost all of t... 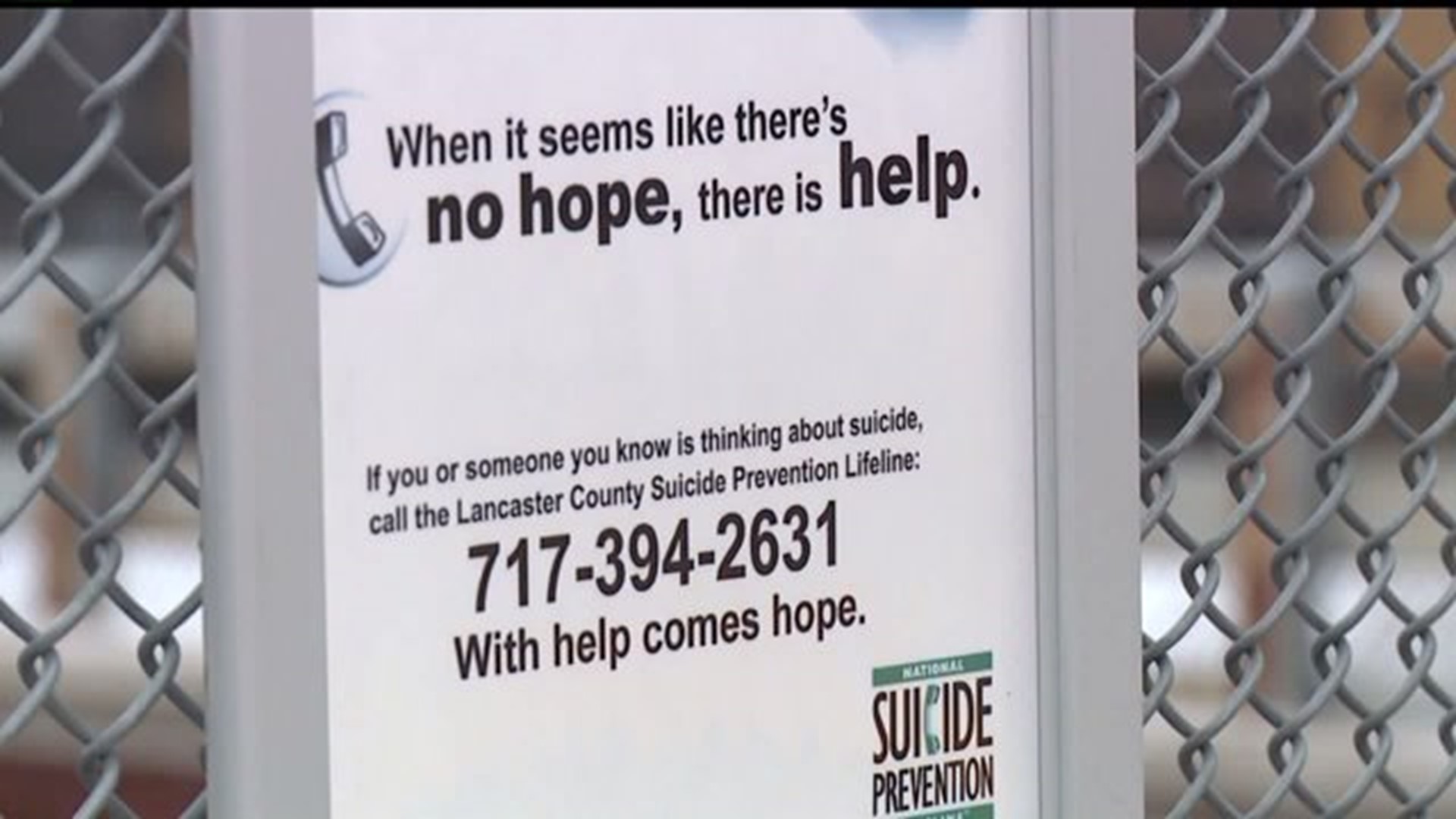 LANCASTER, Pa. - The Prince Street Parking Garage is the tallest open air facility in Lancaster City. From the eighth floor people can see almost all of the city.

"There’s many great things that happen on the roof of our garage. We’ve had weddings up there. We’ve had photo shoots up there, but then we have a terrible situation like suicides," said Larry Cohen, the executive director of the Lancaster Parking Authority.

Statistics show since 1989 through May of 2014, seven people have died after jumping off of the garage. Between December 2013 and the beginning of 2014, three occurred.

"We had a whole group of people to come together and vet out the best way to deal with the situation," said Cohen.

A zero tolerance policy was put into place. Only people coming to or from a car can be on the roof. Then, Cohen and his employees went through a training on what to do if they encounter someone who is suicidal. They have successfully talked people down. There is roving patrols within the garage to monitor any suspicious activity and to ensure no one is planning to jump.

The most dramatic measure taken was adding fencing around parts of the garage and putting up signs that say," feeling lost, lonely, desperate? When it seems like there's no hope, there is help."

The signs further say," if you or someone you know is thinking about suicide, call the Lancaster County Suicide Prevention Lifeline 717-934-2631. With help comes hope."

" What we can do is help them over the phone and we can guide them to maybe going to an emergency room or going to the Philhaven Triage Center , which is downtown, if they’re in an acute crisis. If they are calling for someone else we would do the same thing, directing them to get help immediately somewhere," said Sara Mohler,  Mental Health America of Lancaster County.

Cohen wrote about his experience in the trade magazine, The Parking Professional. Until his article, there were very few resources on what to do in this situation.

"If the good is being able to educate my peers on how to be proactive, in dealing with prevention, then I think that is a great thing," said Cohen.

Since the fencing went up, in March of 2015, there has not been a suicide from the garage. Though public suicides, like those from garages, tend to be talked about more, the Center for Disease Control and Prevention says they only account for about two percent of suicides.

"There’s a lot larger problem out there that I hope, my message, like any other suicide prevention specialists is seek help," said Cohen.

If you or someone you know is having suicidal thoughts, contact Mental Health America of Lancaster County. Almost all of the services they offer are free.

She encourages people to realize depression is a disease. It is manageable and treatable with help.

"One of the best ways to help prevent suicide is if you’re worried about someone ask them directly. It’s a myth that you can plant the seed in someone’s head by asking them," she said.