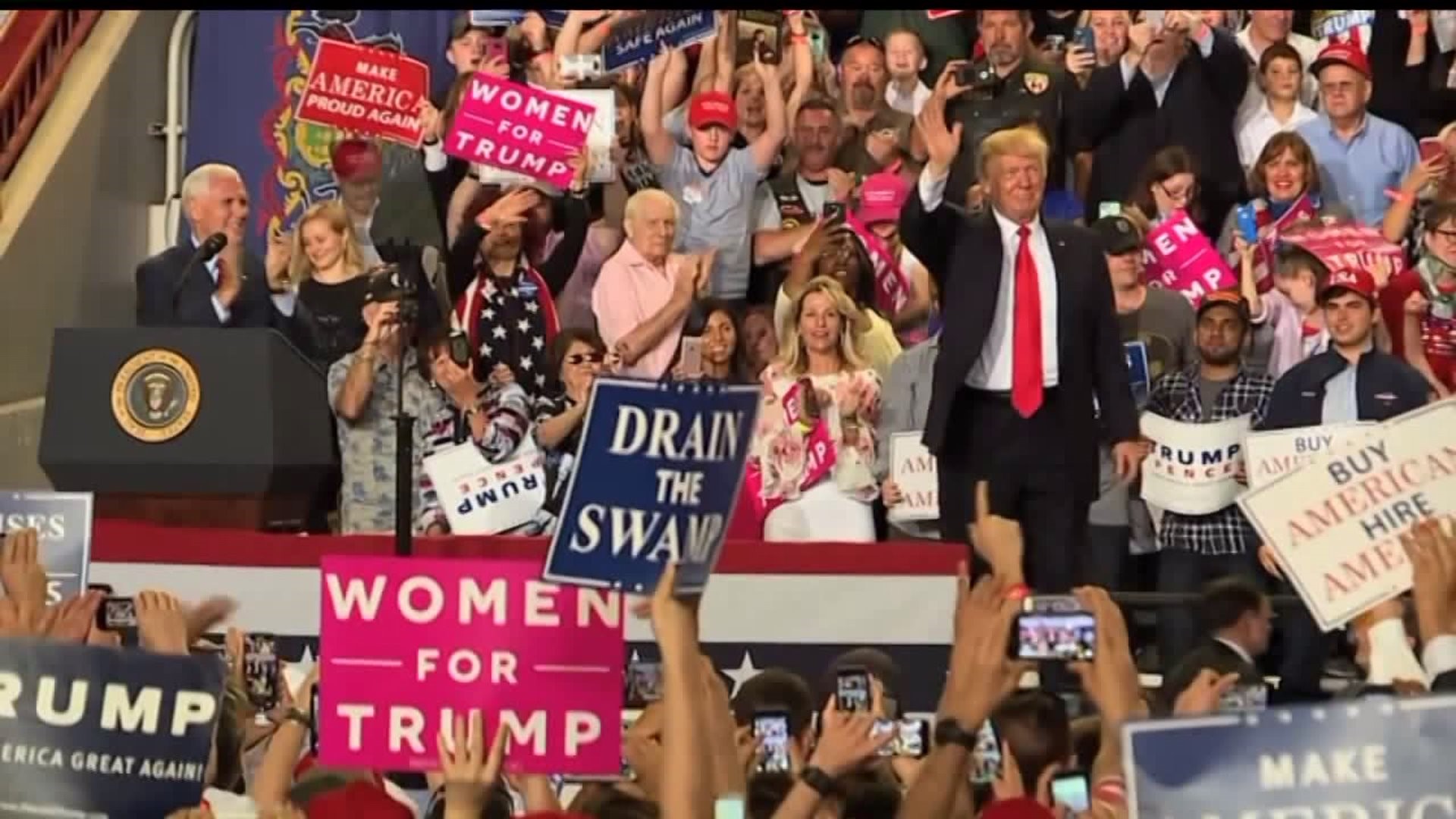 Mayor Eric Papenfuse said it's not fair for municipalities to have to pay that price.

"The fact that we racked up a $42,000 bill in just one day should tell you just how expensive a visit like this is," he said.

Cameron Street was shut down and police officers, firefighters and public works officials racked up a lot of overtime.

Now, Papenfuse said the city may not have the money for other projects.

"This was an unanticipated overtime expense. So it's possible that we will not be able to make it to the end of the year without having to do a reallocation," the mayor of Harrisburg said.

The mayor viewed the president's rally at the farm show complex more as a campaign visit.

The issue is not just a problem in the state capital.

"There's a sort of path all over the country of municipalities that have spent thousands and thousands of dollars and are waiting to be reimbursed," he said.

Papenfuse said the city has not been reimbursed by any campaigns, including the Hillary Clinton rallies in the summer, and it's a bipartisan issue.

He's hoping the city will get at least some of the money back.

"We put together the invoice, we sent the invoice on to the campaign and it is up to them to pay. We will certainly follow up," he said.