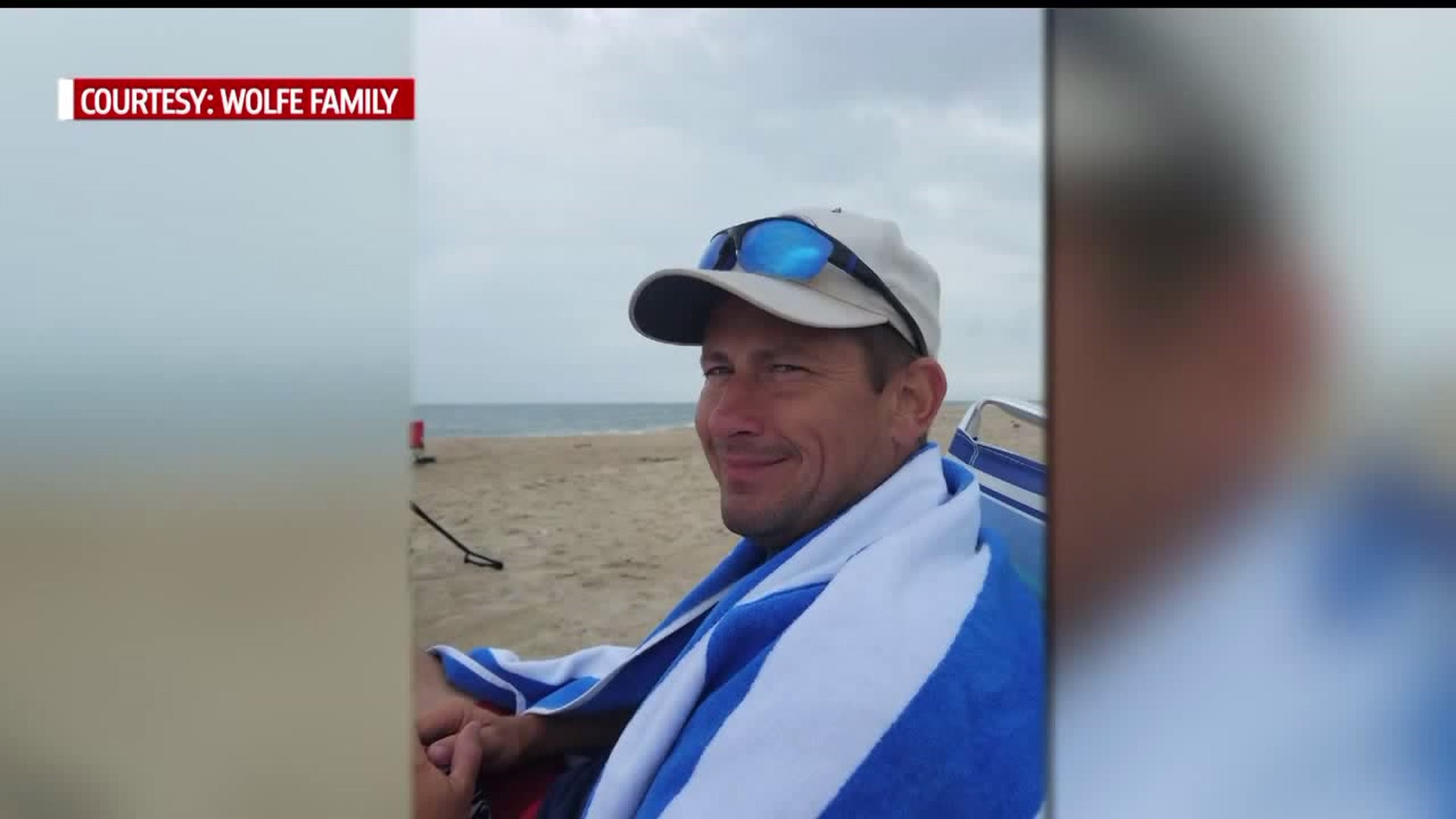 Cameras were not allowed inside the Newburg First Church of God to allow churchgoers to grieve privately, but the service proved to be a positive outlet for community members to process Wolfe's death.

"[He was] loved around here, obviously with the turnout we had," said Steve DiBiase, the church's youth pastor. "Here, people really care for the family, and he would do anything for you, a really compassionate guy and just loved people."

The Wolfe family attends the church regularly, and when the community heard of Bill Wolfe's passing, they said they had to do something to gather the community together.

"If we can unite together, I think it will strengthen us, so that we can be a strength for them to support them," said Ed Rosenberry, the church's interim pastor. "That certainly was one of the goals of the service tonight, so that we could unite and support and help them."

Although Bill Wolfe has mostly been remembered for his volunteerism as a youth wrestling and baseball coach, that desire to give back was also evident after Sunday services at the church.

"Bill would be there, and he'd be talking to other parents and socializing and throwing the football with his kids and just interacting with people," DiBiase said. "That's the kind of person he was, just loved to be around people."