PHILADELPHIA, Pa. —  The pope won’t be in Philadelphia for another two weeks, but he’s already taking over the city.  From official merchandis... 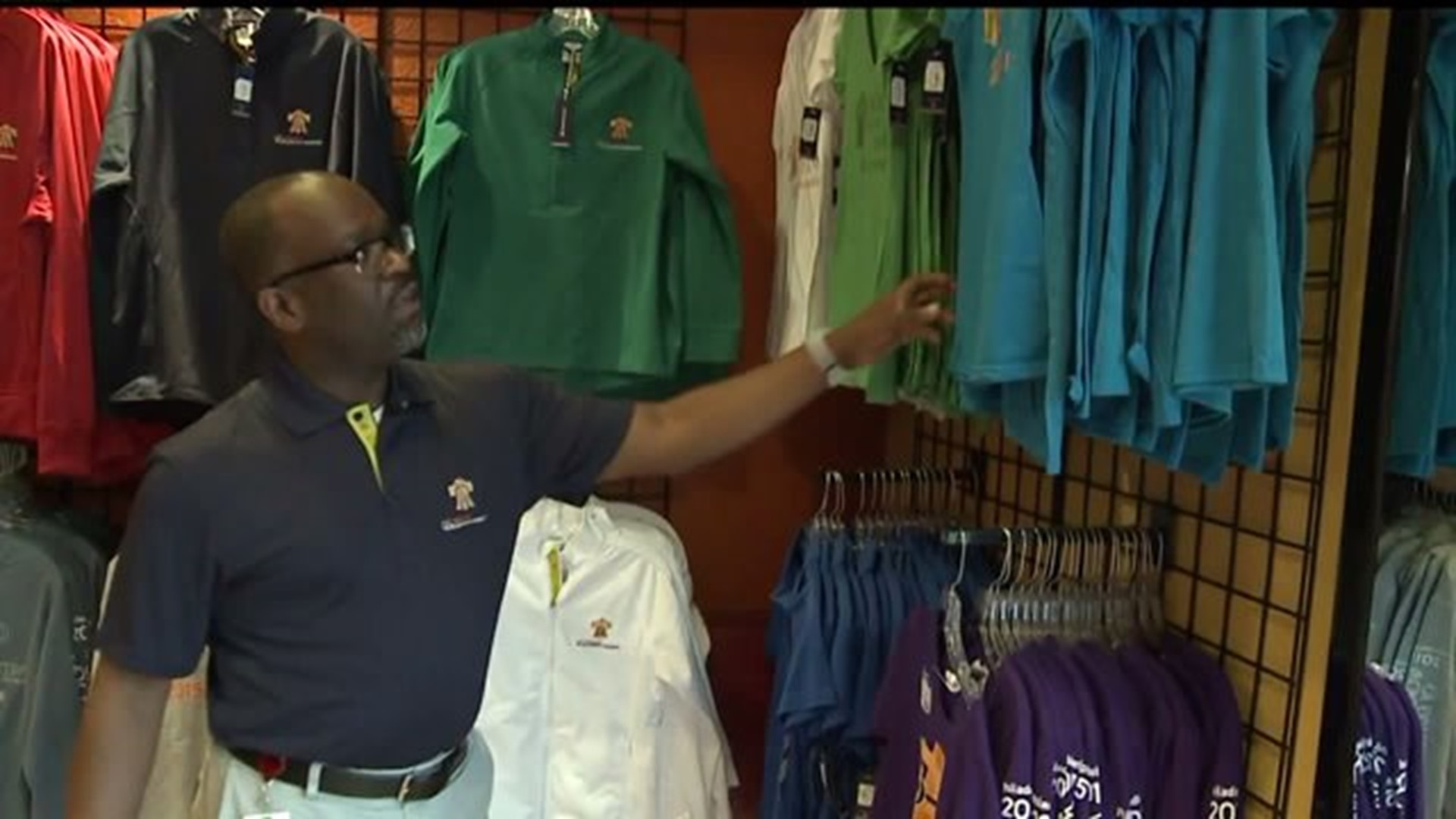 PHILADELPHIA, Pa. --  The pope won't be in Philadelphia for another two weeks, but he's already taking over the city.  From official merchandise to bootleg versions, items are flying off store shelves and street corners.

The first World Meeting of Families store opened Wednesday in the Aramark Tower in Philadelphia.

The pop-up store has official World Meeting of Families merchandise and other papal-themed items, from t-shirts, to rosaries, and even pope bobbleheads. Prices range from a few bucks to $200.

"We have some inexpensive rosaries that retail for $10 and they go up to $200 on rosaries," said Jasper Spruell, Operations Manager with Aramark. Spruell said the higher-priced rosaries are not in stock, but should be next week. "It's actually being specially made for us so it won't be here until next week. It's made of crystal and precious metals," he said.

Other pop-up stores are expected to open in the coming weeks at different locations throughout the city. Some of the proceeds from the stores will go to the World Meeting of Families and to cover some of the costs of the visit.

So far, customers can't resist. "The Pope Doll [bobblehead] is the most popular item. This is our second run of them already," said Spruell.

The ingredients in the Belgian ale are a nod to the pope's roots. "The beer is called Papal Pleasure. We were sitting around doing the brew schedule and thought it would be cool to honor the Pope's visit with a special beer," said Evan Fritz, head brewer at Manayunk. "We looked up Argentina and what their big exports are. One big wine from there is made from Malbec wine grapes, so we incorporated that and used that in the beer. We also imported some sugar from Argentina and made a candied sugar for it."

You might feel a little more holy after drinking it. That's because a local priest blessed the water used to brew the special concoction. "The entire beer is made with holy water, we cleaned the tanks with it, brewed with it, everything from start to end," said Fritz.