FORT LITTLETON, Pa. – An employee and a contractor for the Pennsylvania Turnpike were killed Sunday morning by a former Pennsylvania State Police trooper ... 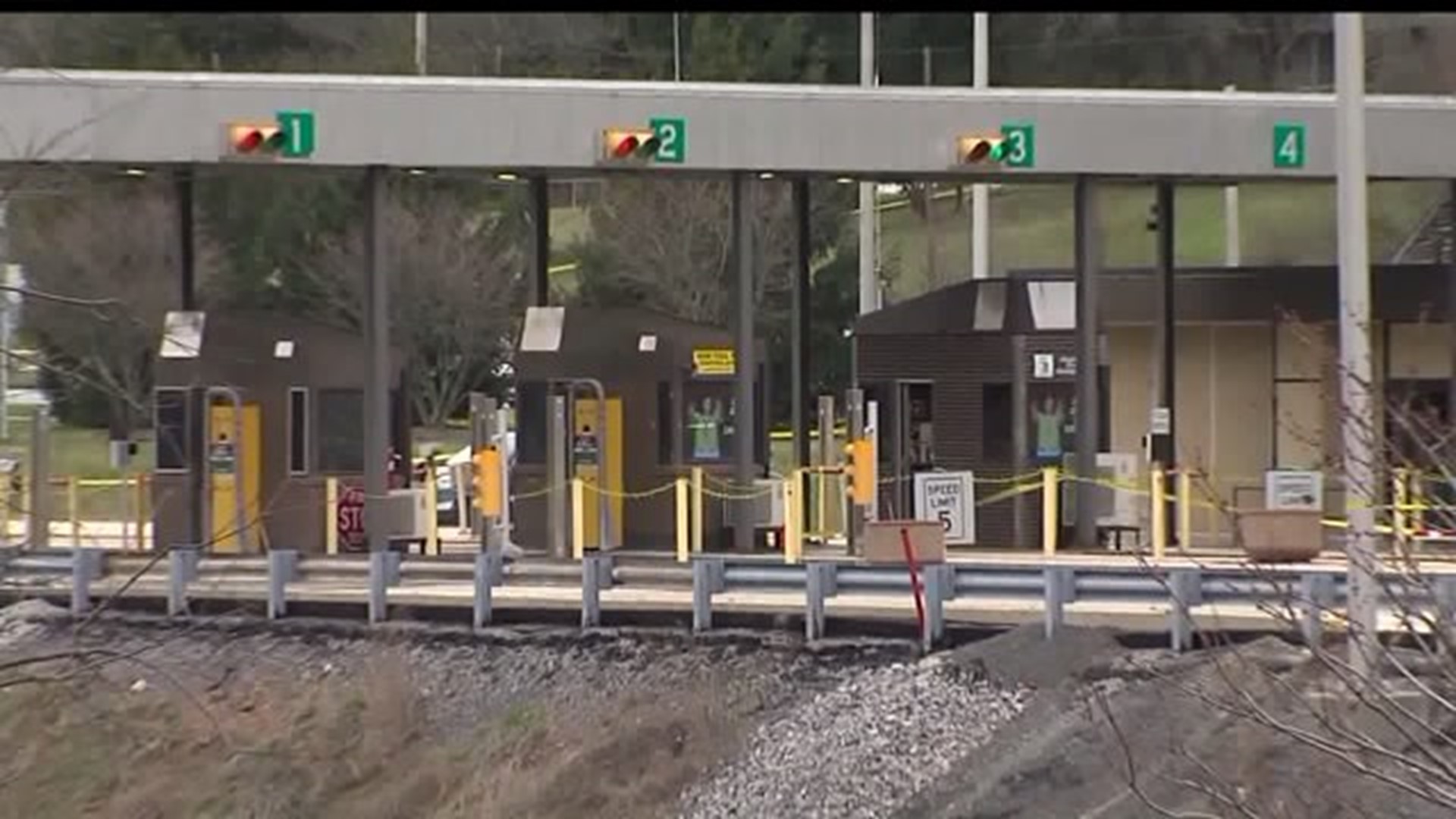 FORT LITTLETON, Pa. - An employee and a contractor for the Pennsylvania Turnpike were killed Sunday morning by a former Pennsylvania State Police trooper who was  attempting to rob a turnpike tollbooth. He was then shot and killed by troopers minutes later.

Danny Crouse, 55, and Ronald Heist, 71, were killed in the attempted robbery at the Fort Littleton interchange near the Fulton County line with Huntingdon and Franklin counties. The suspected gunman, Clarence Briggs, 55, was shot by a Pennsylvania State Police trooper as he attempted to get away with an undisclosed amount of cash, State Police said.

"We are deeply saddened by this horrific tragedy," Turnpike spokesman Sean Logan said at a news conference Sunday afternoon.

According to police, Briggs approached the toll booth before 7 a.m. Sunday and confronted Crouse and a woman who were working at the tollbooth, ordering them to enter a nearby office building.

Briggs "attempted to tie up both victims," Capt. David Cain, of the Pennsylvania State Police, said. "A struggle ensued and [Briggs] fled the building."

The woman fled the scene and was unharmed, Logan said.

At that time, a fare collection vehicle from Schaad Detective Agency, driven by a turnpike contractor, showed up. Ronald Heist, a retired York City police officer, was the vehicle's security guard.

He met up with Crouse, but Briggs found them, shooting and killing both men, Cain said.

According to police, Briggs then opened fire on the driver of the collection vehicle, but the driver fled on foot. That driver was later found unhurt.

Briggs then drove the vehicle down U.S. Highway 522 a short distance to his vehicle and began unloading money into his car.

"The first responding trooper then arrived on scene and encountered [Briggs] from a distance," Cain said. "There was an exchange of gunfire between the trooper and [Briggs, who] was shot and succumbed to his injuries at the scene."

Briggs, of Newville, Cumberland County, was a 26-year veteran of the State Police, assigned to Troop T, which patrols the turnpike.

The Fort Littleton exit is not a frequently used one, Logan said, and it is unknown why Briggs targeted that specific exit.

"We'll expend whatever resources we need to make sure that we find out what's happened and make sure our system is secure and that our employees are protected," Logan said.