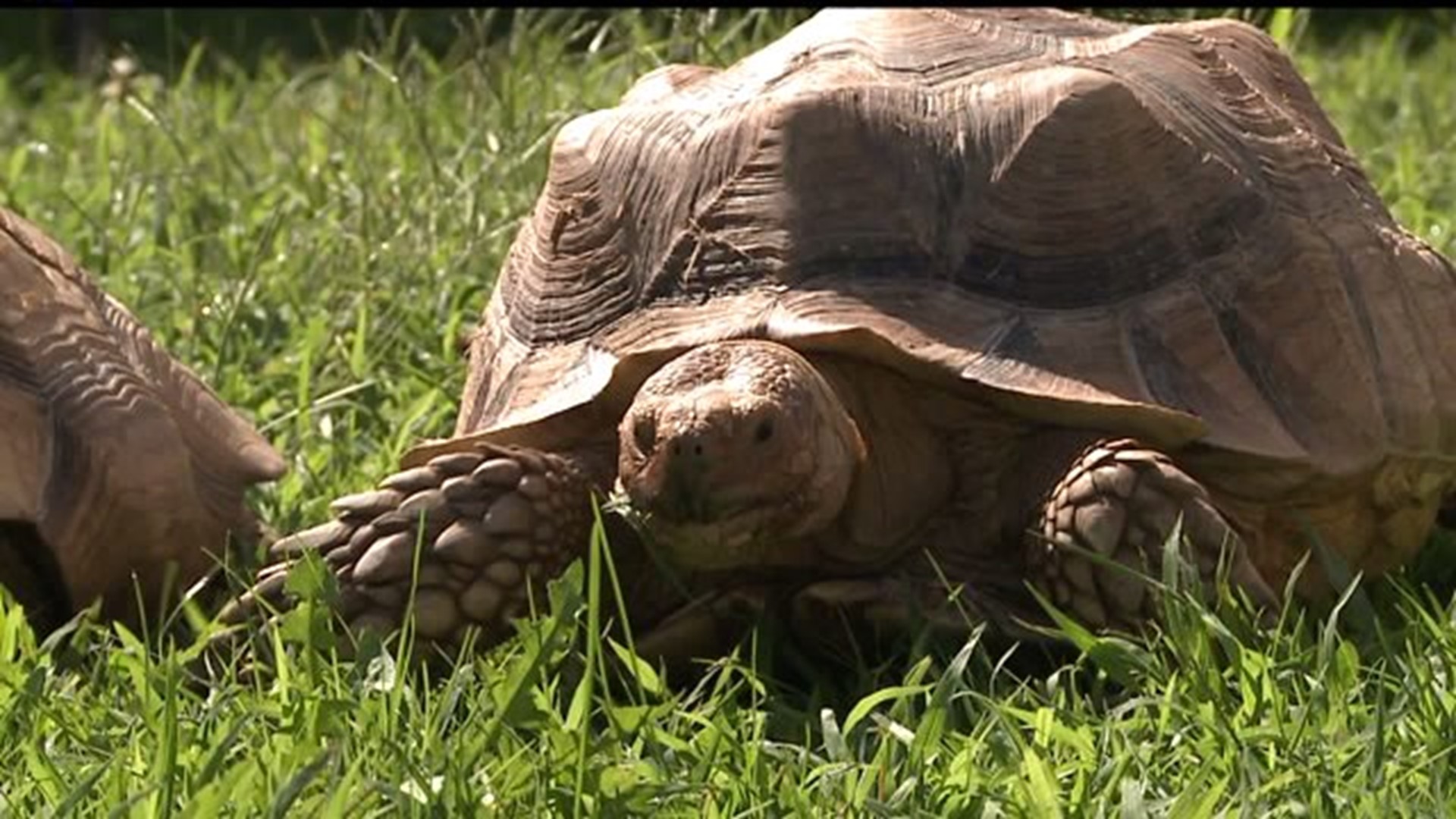 PENN TWP., Lancaster County, Pa. -- Northern Lancaster Police charge three people for killing a large turtle by blowing it up with firecrackers. It happened just before 7pm on August 3rd in the area of 1178 N. Penryn Road, Penn Township. Police were called for a reported explosion.
Arriving officers found a small crater with what appeared to be pieces of bone fragments, biological membrane and the remains of a large turtle in the same area. Witnesses were able to provide suspect descriptions and the description of the truck they were in at the time of the explosion. Through further investigation, police were able to identify three individuals that were alleged to have placed two M-80 firecrackers on the shell of the turtle, subsequently lighting the fuse, causing severe trauma to the turtle from the explosion, killing the reptile.

According to police, the suspects fled the area. Witnesses from the scene, gave police a truck description and possible registration number. Police used this information to find the suspects.

The suspects are Taylor James Geib, 21, of the first block of N. Colebrook Road, Manheim, Austin Mathew Garner, 21 of the 2000 block of Mountain Road, Manheim, and a a 17 year old boy. Charges of criminal conspiracy; Prohibited Offensive weapons were filed before MDJ Edward Tobin and through Lancaster County Juvenile Probation. They said to police they used duct tape to strap the explosives to the turtle.

Forgotten Friends Reptile Sanctuary owner Jesse Rothacker couldn't believe someone would do this to a turtle.

"When you strap explosives to an animal and blow them up, that's just something that we should not accept in our society," he said.

According to Pennsylvania law, animal cruelty covers domesticated animals. Turtles are not considered domesticated. Rothacker said the law needs to be changed.

Rothacker said there is no reason to do this to a turtle, saying they are harmless. If you see one and don't like them, he said to just walk away. They are not going to catch you.

The state Fish and Boat Commission are investigating. They said more charges could be filed, including fishing without a license and the use of explosives.

According to police, there is no date set for the suspects preliminary hearing.