LANCASTER, Pa. — An accidental shooting at a home in Lancaster leaves one woman in the hospital and her neighbor facing several charges. Police say a 25-y... 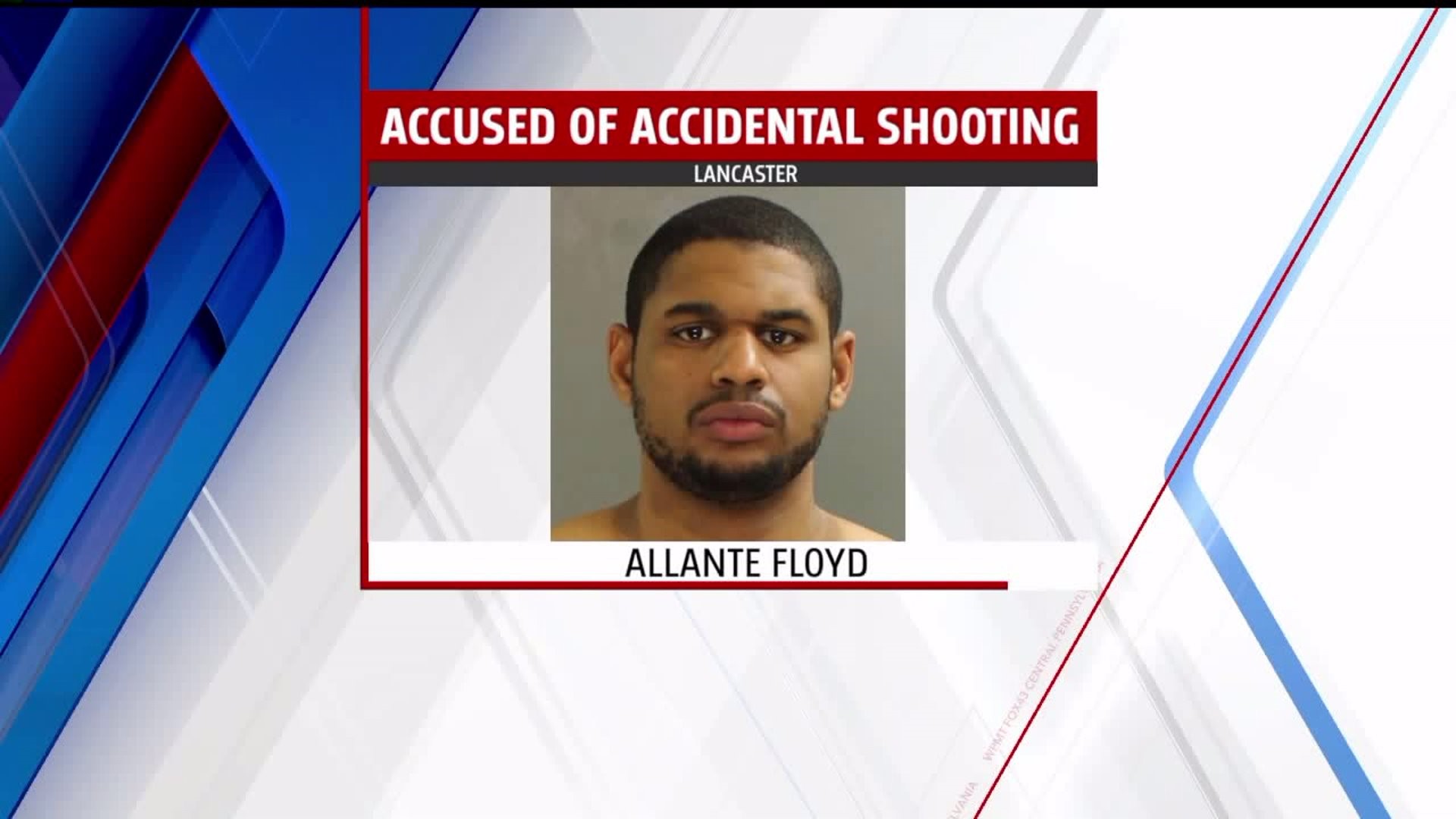 LANCASTER, Pa. -- An accidental shooting at a home in Lancaster leaves one woman in the hospital and her neighbor facing several charges.

Police say a 25-year-old Lancaster County man is facing charges after he accidentally shot his neighbor.

Police say the man was about to clean the gun, when it fired, sending a bullet through the wall and striking the woman living next door in the head.

Police say the victim was shot in the head while laying next to her husband.

"This is just a tragedy all around, and Mr. Floyd is absolutely distraught over it," said Chief Jarrad Berkihiser, Lancaster City Bureau of Police.

25-year-old Allante Floyd of Lancaster is facing multiple charges after police say he accidentally shot his next door neighbor.

It happened on the second floor of his home on the 200 block of East Liberty Street in Lancaster.

"The neighbor was planning to clean a firearm, and while manipulating that firearm, the weapon discharged, and the projectile went through the wall, striking Nelmarys in the head," explained Chief Berkihiser.

Floyd told police he was attempting to clean a pistol version of an AK-47, loaded with bullets.

Police say Floyd fired it once.

The bullet went through his rowhome wall, striking 38-year-old Nelmarys Rivera-Alequin in the head as she was lying next to her husband.

She's a mother of two.

"We can't imagine what they're going through right now," said Chief Berkihiser.

FOX43 spoke with a neighbor who says it shouldn't have happened.

"You don't clean a gun with bullets in it," said Lyle Leiner, Lancaster. "It's kind of sad for the people who got hit."

Floyd called 9-1-1 and ran to help his neighbor, according to police.

Police are now reminding others to be safe when handling a firearm.

"No rounds in the chamber, nothing else in the weapon that's going to feed ammunition into the chamber or the weapon," added the Chief.

Police say they also found a small amount of marijuana at Floyd’s Home. He’s also facing charges for that.

They say he admitted to smoking it before the accidental shooting; however, they cannot confirm when.