State police are investigating the death of an 18-year-old Lebanon County woman after she collapsed inside the Lebanon County prison in March. Police arrested V...

State police are investigating the death of an 18-year-old Lebanon County woman after she collapsed inside the Lebanon County prison in March. Police arrested Victoria Herr four days earlier for possession of heroin with intent to deliver. Now inmates who witnessed Herr’s final moments are coming forward with their own stories of what happened at the prison.

Stephanie Moyer remembers her daughter as loyal. Victoria, known to her friends as “Tori” was someone who never held onto grudges. Her mother says she had dreams to work as a vet or be a journalist.

“I would’ve loved to see what her future would’ve been,” said Moyer.

But now, her mother and step father only have memories. Tori died after collapsing inside the Lebanon County prison four days after she was arrested on March 27th on drug charges. Her mother says she was going through heroin withdrawal.

“I do know my daughter and I know she wanted out of it bad. April 6th would’ve been her day in court. She was basically sentenced to death before she even saw the judge,” said Moyer.

Her parents thought their daughter’s arrest would turn out positive.

“She’s safer in there and this might be good and this will guarantee that she’s going to get clean and sober then we can bail her out and help her with her legal issues you know what I mean? But it never worked out that way,” said Tori’s step-father, Dean Moyer.

The prison placed Tori in quarantine, meaning her parents couldn’t see her. According to Tori’s parents, the prison warden says that’s protocol for all new inmates. Stephanie received a brief phone call from Tori a couple days after she was arrested.

If only Stephanie knew her daughter was predicting what was to come. A few days later Tori collapsed and stopped breathing. And statements from inmates paint a disturbing picture of what happened in the moments after.

Tori’s cellmate claims she tried to perform CPR on Tori after she collapsed but she was told to stop or else she would get in trouble. The inmate says by the time medical staff came to help it had been nearly 10 minutes since Tori had taken a breath.

Another inmate, named April, writes she had been called to clean up after Tori. April says she watched her get sicker and sicker. And on the day she collapsed she was told medical personnel were, “too busy” to see Tori.

“All sort of corroborate each other and so it’s just really an awful situation that we’re afraid that if it’s true it’s horrific,” said Moyer.

“She went in jail fully alive, talking, walking, you know, and she came out brain dead and lifeless,” said Moyer.

But even more, they want change. They’re calling on the Lebanon County Prison warden to conduct a full investigation into why their daughter didn’t get the care they feel she needed.

The Lebanon County Coroner says he’s still waiting on toxicology results to determine a cause of death. State Police tell FOX43 they’re conducting interviews and investigating the events leading up to Herr’s death. FOX43 also submitted a right-to-know any video or audio recordings of the incident. Our request was denied. 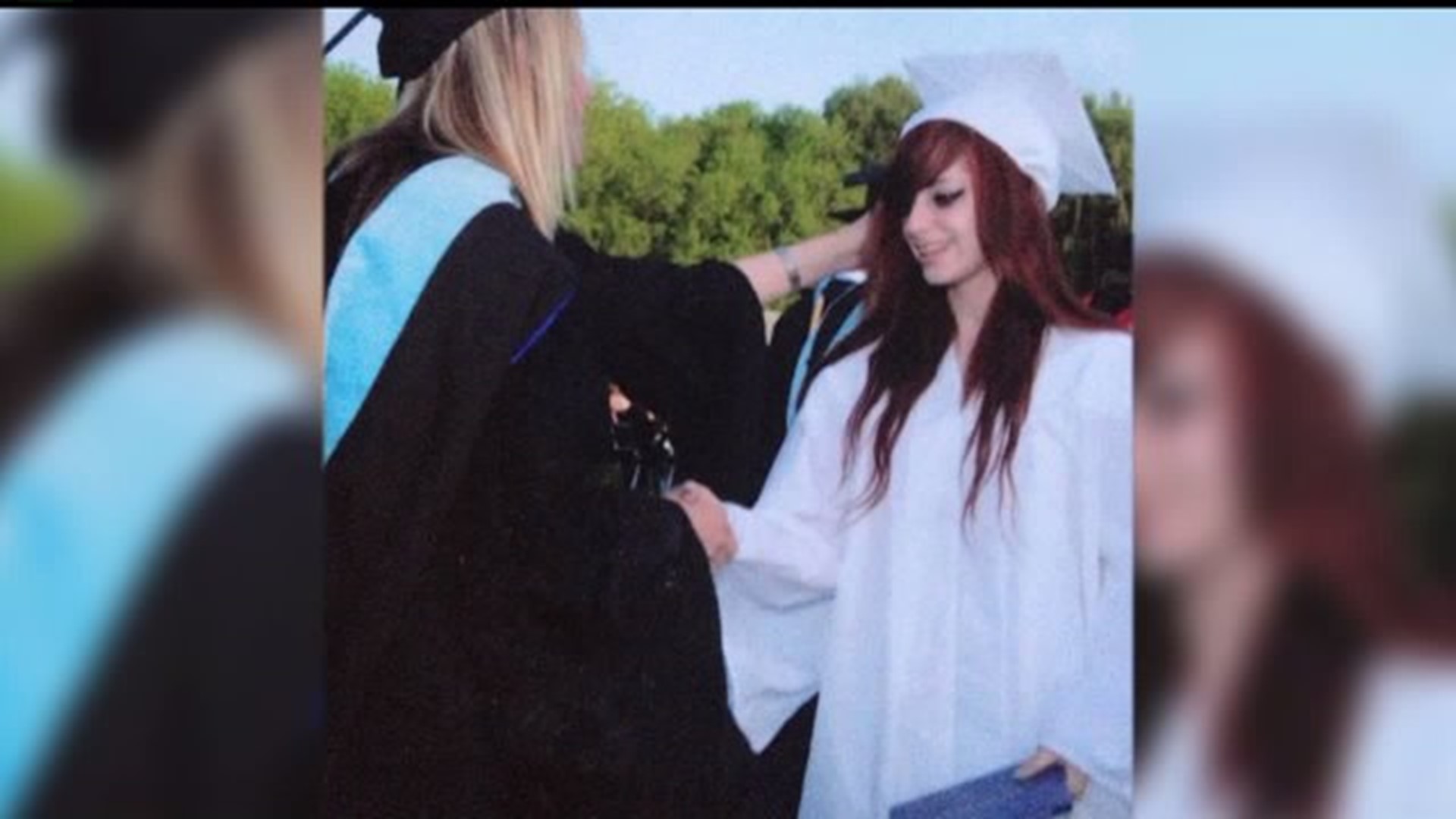