GETTYSBURG, Pa. – Police are investigating a high-profile theft over the weekend at one of the town’s main attractions. The bust of Abraham Lincoln that stood a... 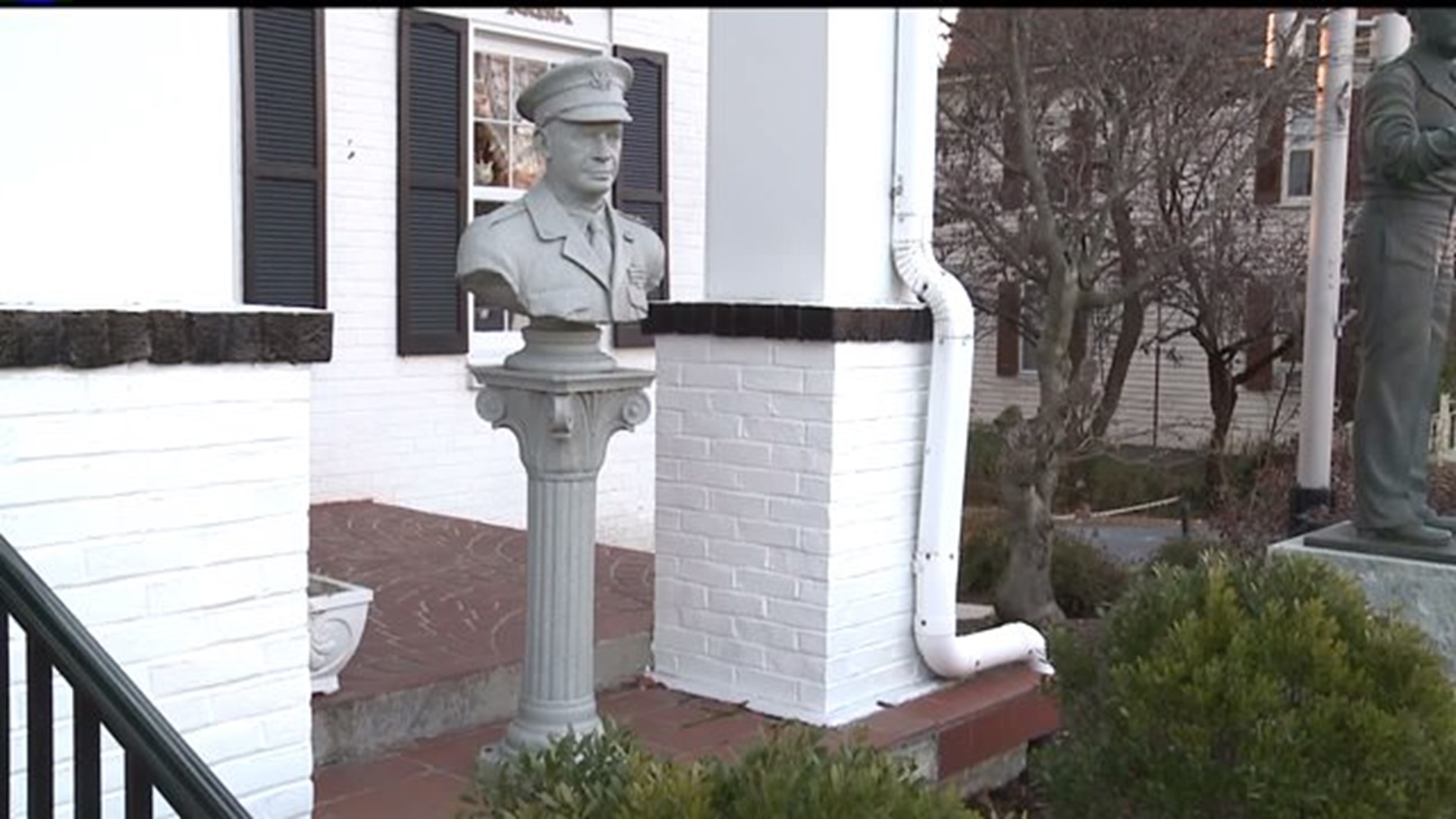 GETTYSBURG, Pa. – Police are investigating a high-profile theft over the weekend at one of the town’s main attractions.

The bust of Abraham Lincoln that stood at the front patio of the Hall of Presidents was taken sometime over the weekend, police said.

“I came in this morning a little bit before 8 o'clock and I noticed that the pedestal was lying in the parking lot and immediately knew that it wasn't supposed to be there,” Max Felty, president of Gettysburg Tours, which operates the Hall of Presidents, said.

Felty says they have surveillance video that could shed light on what happened.

They are still assessing its value to see whether they will replace it. A similar bust of President Dwight Eisenhower that stands across from where the Lincoln bust stood was left untouched.

The hall is hoping to have the bust returned immediately.

“A lot of visitors like to take pictures with it,” Felty said. “We've had thousands of people taking pictures here outside our Hall of Presidents with Lincoln's bust, and it's a nice memory to take home with them of Gettysburg.”