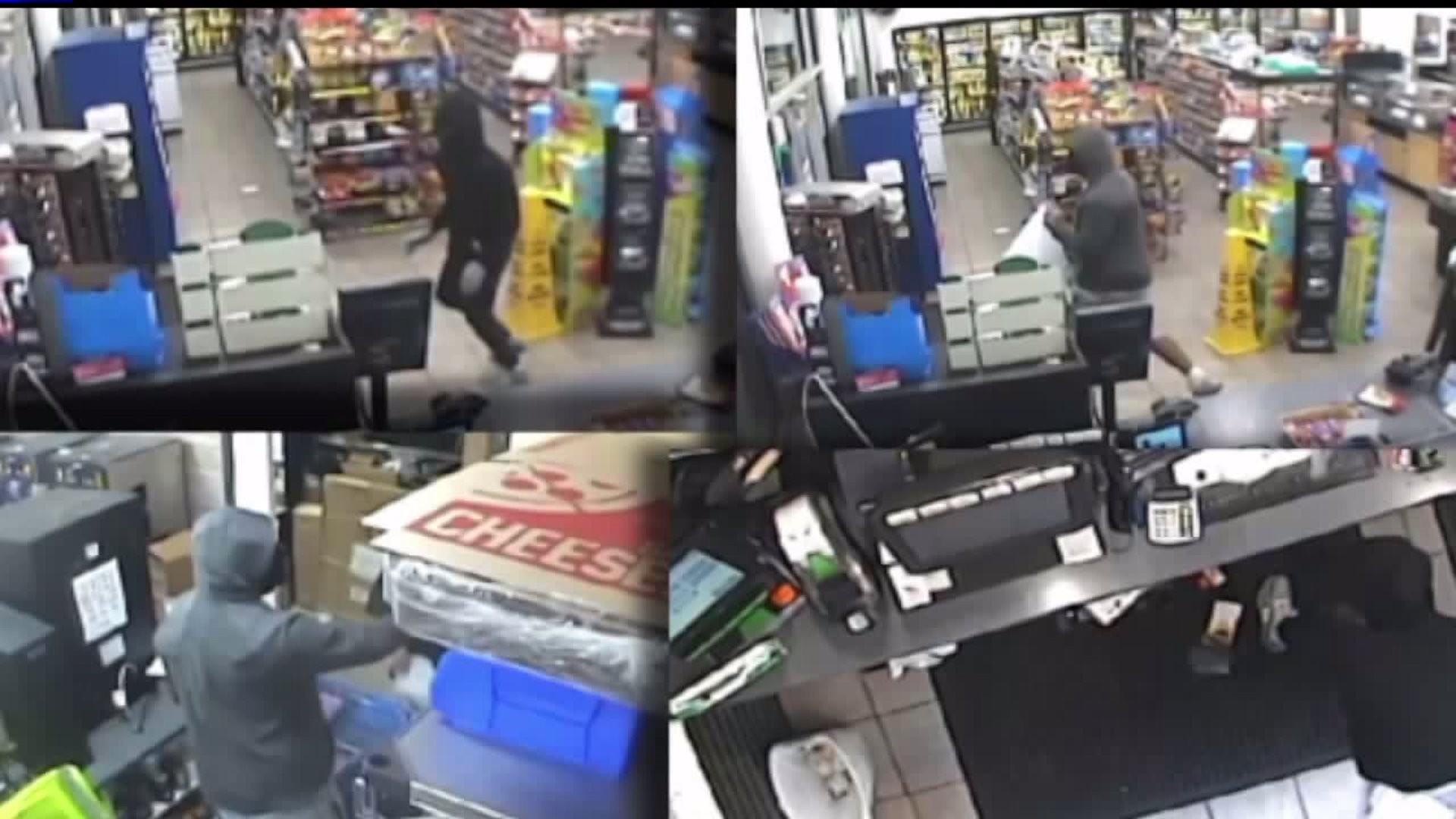 Investigators say each of the men were armed with a handgun.

The men left with an undisclosed amount of cash before fleeing the area in a silver sedan, police say.

This is the fourth incident of its kind in York County since the month started.

On the night of August 1, West Manchester Township Police say two men robbed the Buy-Rite Beer store on the 300 block of Richland Avenue.

Police say the men fled the business going north on Richland Avenue with an undisclosed amount of cash.

On the night of August 6, Spring Garden Township Police say two men went inside the A-Plus Sunoco store on the 1300 Mt. Rose Avenue.

One suspect was armed with a pistol, jumping the counter and pointing it at the clerk while the other suspect remained in front of the counter.

Police say they fled the store with an undisclosed amount of cash and cigarettes.

On the night of August 7, West Manchester Township Police say two men robbed the Sunoco gas station on the 1100 block of Roosevelt Avenue.

Police say one of the suspects approached the clerk, demanding cash out of the register while the other suspect stood as a lookout at the entrance door.

“The number of people, they’re a little different but some of the descriptions kind of match up, they are at Sonocos, what they’re asking for is similar so those things lead us to believe there’s a good possibility that they are related," said Hartman.

No one has been injured during any of these armed robberies.

Hartman said the consistency of the incidents is a cause for concern.

“Whether they are the same people or not, there’s a rash of them right now so we’d definitely tell people to be aware of their surroundings and be mindful of what’s going on around them," said Hartman.

Hartman said the best thing an individual involved in an armed robbery can do is to comply with the demands.