SHIPPENSBURG TOWNSHIP, Pa. – State Police are searching for two men regarding Sunday night’s shooting that left one person dead, and another critica... 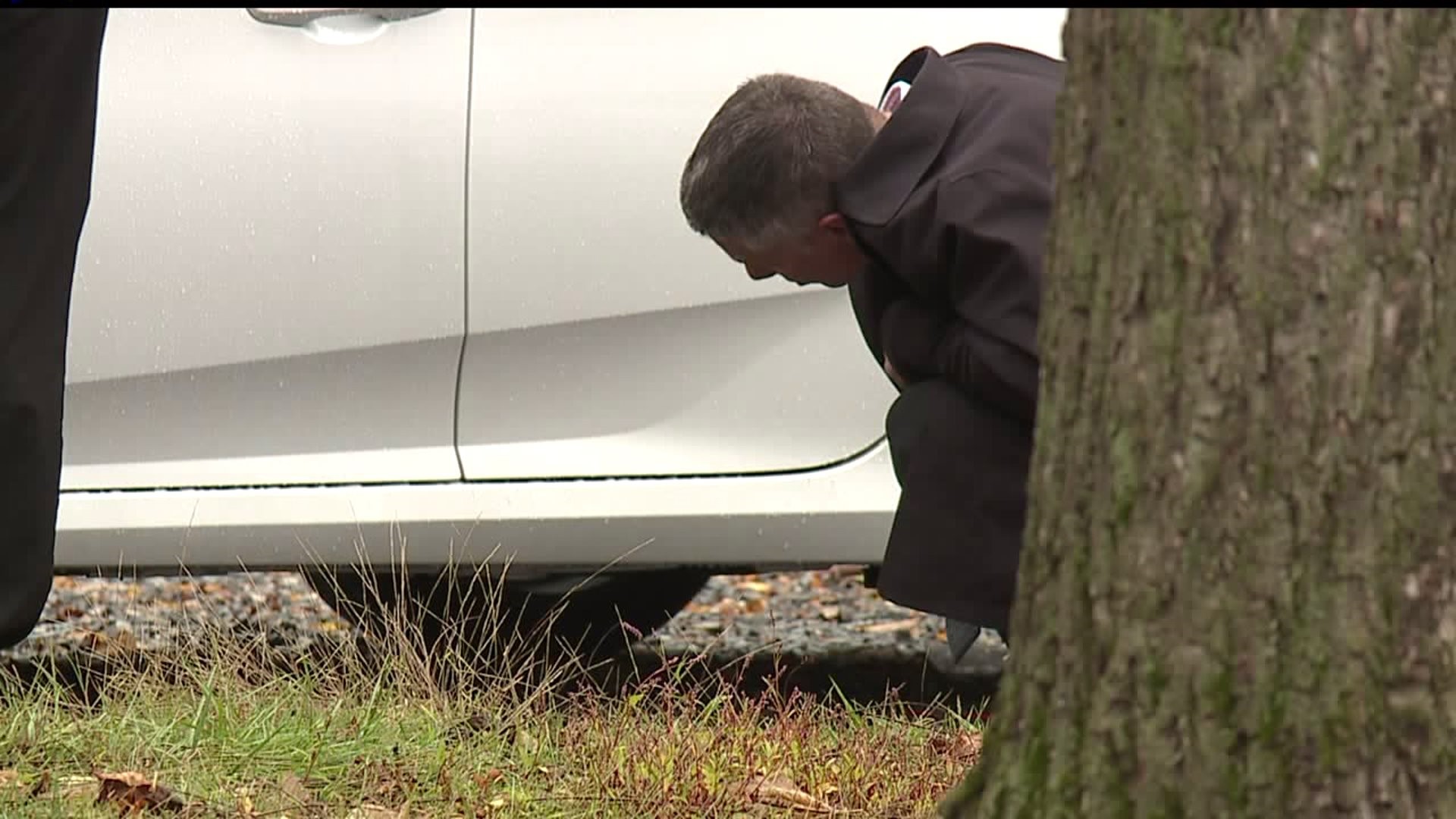 SHIPPENSBURG TOWNSHIP, Pa. - State Police are searching for two men regarding Sunday night's shooting that left one person dead, and another critically injured near Shippensburg University.

The persons of interest are identified as Quentin Eric Furlow Jr., 20, and Clayton Steve Wilson, 20, both of Philadelphia.

State Police said several factors have played into this decision, which includes the belief that this wasn't a random act as the scene was a heavily populated area and no one else was threatened or attacked.

Classes were cancelled at Shippensburg University Monday afternoon out of an abundance of caution.

Authorities are focusing their homicide investigation on Rotz Avenue and the 200 block of North High Street.

When police arrived Sunday night, they found the body of 21-year-old Shakur Myers outside of a vehicle and 21-year-old Samir Stevenson inside. Myers was pronounced dead from gunshot wounds while Stevenson was transported to the hospital in critical condition via a Life Lion Helicopter.

"I was just getting ready to watch the game and I hear two loud bangs," said Anthony Kwiatanowski, a sophomore at Shippensburg University. "I looked out the window. I thought it was like a dumpster or fireworks but, I wouldn't think there'd be a shooting 100 feet outside of the house in Shippensburg."

The victims are both from Philadelphia and are not Shippensburg University students, according to school officials.

"It makes me nervous to walk around even just off campus and on campus by myself especially," said Maddie Kalp, who is also a sophomore.

Shippensburg University posted the following statement on their website:

The safety and the wellbeing of the students, faculty and staff who live and learn on our campus is of paramount concern. The university urges members of the University and local community to be aware of suspicious persons and activity immediately by dialing 9-1-1 or calling campus police at 717-477-1444.

The University has created a toll-free hotline 866-435-7268 operational during business hours, for members of the community to reach the Dean of Students and learn about the support services available. On campus resources for students include the Counseling Center, Campus Ministry, housing and residence life staff, the Women’s Center, the Students First program and the multicultural student association. Employees may contact the State Employment Assistant Program by calling 800-692-7459.

The SUPD will continue to actively support the PSP in their investigation until the suspects are identified and apprehended. The University will continue to update the campus community with the best information available via email and will activate the SU Alert system with urgent updates as warranted. Shippensburg University members are urged to register for the alert system if they have not done so already."

"We are trying to create a safe environment for them," Trooper Megan Frazer with Pennsylvania State Police, said. "We want them to be aware and to know what to look for in case they might still be in the area but we just want them to be alert."

If you have any information, investigators ask you call State Police Carlisle at 717-249-2121.