HARRISBURG, Pa. — Police in Harrisburg are looking for three men who are accused of robbing five businesses in a weekend crime spree. The suspects threate... 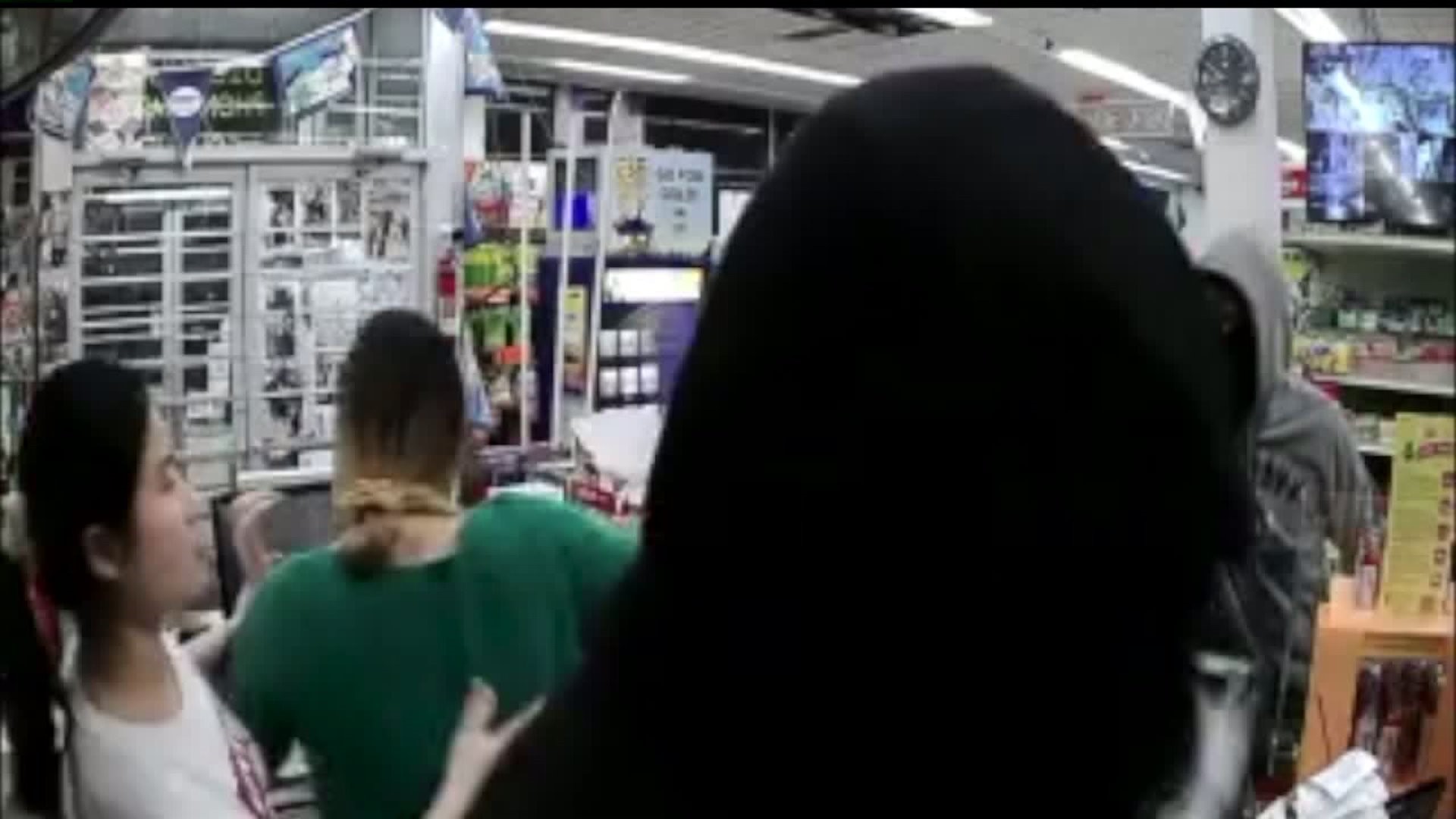 HARRISBURG, Pa. -- Police in Harrisburg are looking for three men who are accused of robbing five businesses in a weekend crime spree. The suspects threatened customers and employees with guns.

The employees at Sayford Supermarket didn't want to talk to FOX43 on camera.

However, their surveillance cameras caught the robbery there.

It's terrifying video with the suspects shoving their guns in the faces of unsuspecting workers Saturday night.

The suspects barge in and point their guns at employees. You can see the cashier put her hands on her head.

One man jumps on the counter, and a suspect in lime green threatens employees with a scoped rifle.

All three suspects intimidate the women with their weapons.

"I've seen busts before where they had newspaper laid out, and they had rifles on things displayed on them, and they had several of them so I'm not surprised to see that... the only thing they don't have is a tank to drive," said William Bledsoe, who lives in the neighborhood.

Bledsoe is Harrisburg born and bred; he told FOX43 it isn't the first time something like this has happened at the store.

"There's a street, Verbeke, and I live right there on Verbeke Street, and I use this store a lot. It's just sad that's all," said Bledsoe.

"Not at all," responded Bledsoe. "The first couple of times I was [when it was robbed], but now, I'm not."

The armed robbery at the supermarket is just one of five in Harrisburg from Saturday night alone.

It's a three hour spree of crime that started after 6 in the evening and ended just before 10.

"Most of the people in the neighborhood, they don't really care" added Bledsoe. "They're looking for the crooks to drop something, and then, they pick it up!"

"It's just upsetting, especially with all these local places getting attacked. All these people getting hurt. For what? Seems to be no reason," said Adrian McCarron of Harrisburg.

McCarron is prepared just in case one day he's the victim of an attack.

"I carry something on me, not a gun, but I do have some self defense from my dad in case somebody grabs me," he added.

We did reach out to both the mayor, who has a bookstore just down the street from the supermarket, and Harrisburg Police.

No one could speak on camera Monday afternoon.

There is a reward, $2,000, being offered for information that leads to an arrest.