YORK, Pa.  — A plan to move an abandoned York City cemetery, but they must first solve a mystery more than a hundred years in the making. The question is,... 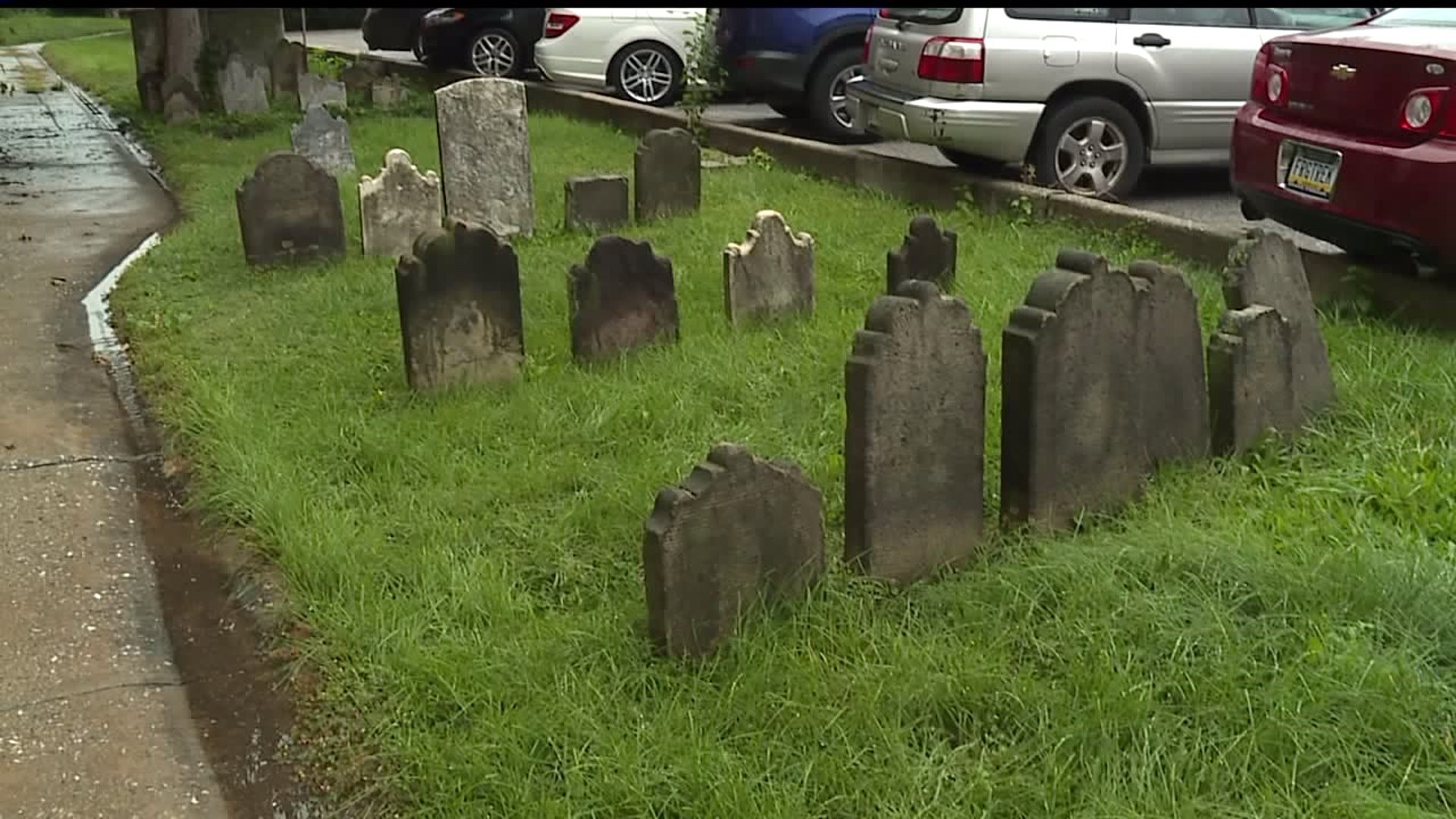 YORK, Pa.  -- A plan to move an abandoned York City cemetery, but they must first solve a mystery more than a hundred years in the making.

The question is, who is buried in the Zion Lutheran Church cemetery.  The York County Economic Alliance hopes to find the answer.

Behind the Zion Lutheran Church annex is the Yorktowne Hotel.

Soon, a plan to tear down the church addition as part of the hotel renovation project by the Industrial Development Authority, will open space up, leaving a cemetery behind.

It was to be a final resting place for the dead, but the cemetery soon could be on the move.

Christ Lutheran Church pastor Alan Watt said "never anywhere, in my years of ministry, which include Florida, Tennessee, and Texas prior to York.  It's a very historic city, and it's been here for many decades, centuries even. So this is a first time for me."

The plan to renovate the Yorktowne Hotel not only includes fixing up the abandoned Zion Lutheran Church next door, and tearing down the annex,  but moving this cemetery about 150 feet away.

York County Economic Alliance community affairs manager Kim Hogeman said "it would leave the south portion of the cemetery sort of disconnected from the original historic portion of the church. This would bring it up to that area, and give it a long term maintenance and care plan."

First,  Hogeman has to go beyond the 53 grave markers to track down any living relatives of those buried there.

It's not an easy task for a congregation that dates back several centuries. Long ago the church separated into various congregations, but some of those descendants are now with Watt's Christ Lutheran Church.

"In 1733, east of the Susquehanna River, a little girl was baptized. She was part of a worshiping group of people, and then, soon thereafter the church was established here, on this side of the river," Watt said.

"We submit letters to both church bulletins, the Zion Church and the Christ Lutheran Church. Letters that go out to their parishioners notifying of this change, sort of a call to action for any ancestors or descendants," Hogeman said.

"There have not been really any kinds of inquiries about it, so I think that the Alliance most likely will be able to move those without any action or permission from descendants," Watt said.

Even if the cemetery moves, descendants won't have to look very far to find their ancestors.

"The new cemetery would have a long term care plan, caring for the stones, the genealogy, the legacy of the remains, and making sure that no unnecessary damage continues to happen to the stones," Hogeman said.

"The remains, whether it's a coffin, an entire body, or whether they are cremains, the ashes, that becomes a sacred space," Watt said.

Christ Lutheran Church will celebrate the congregation’s Anniversary Sunday with an Oktoberfest, on Sunday, September 17th.