EAST PENNSBORO TOWNSHIP, Cumberland County, Pa.– Some former and current Pittsburgh Steelers players are staying active in the off-season by trying their ... 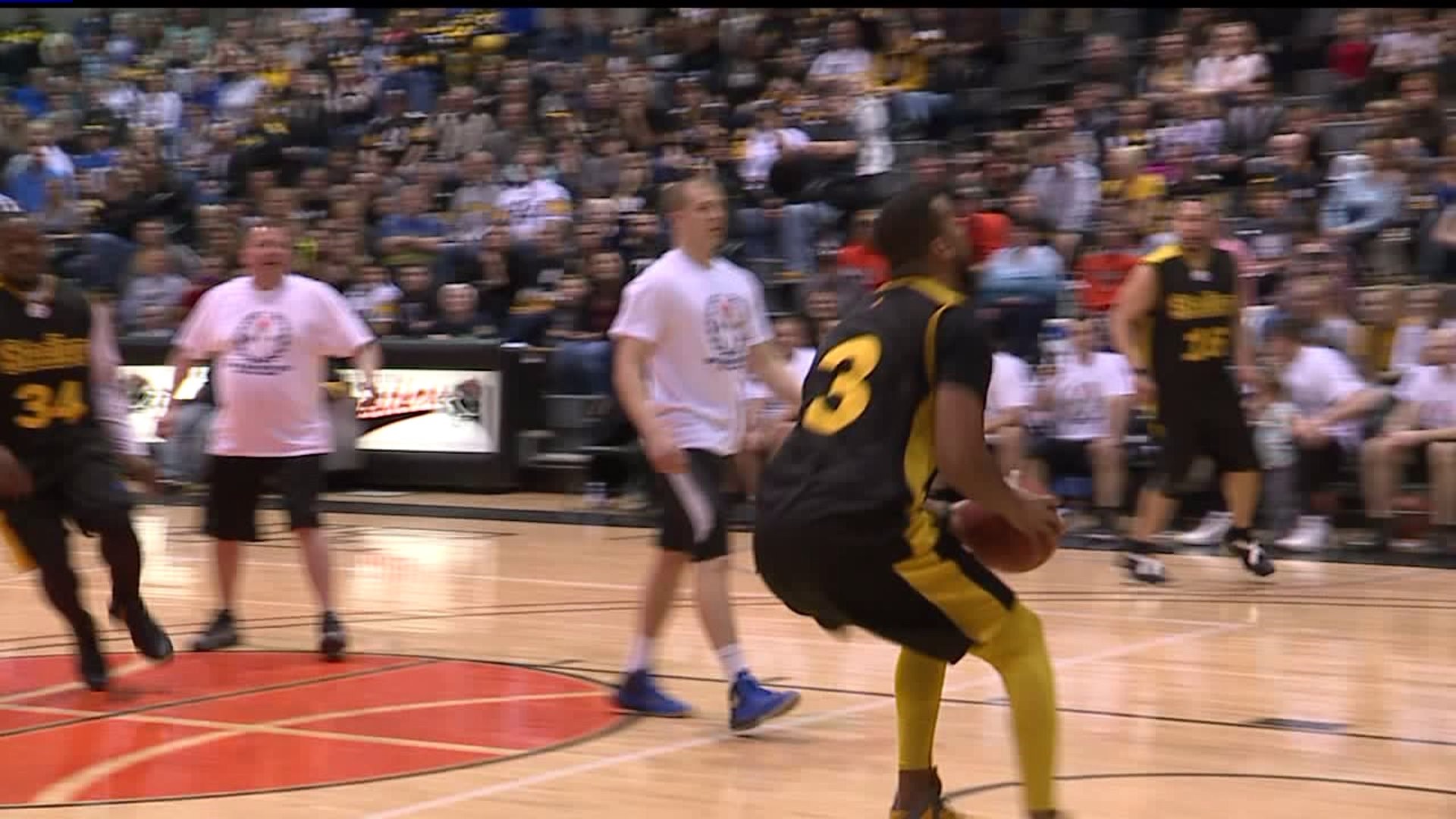 EAST PENNSBORO TOWNSHIP, Cumberland County, Pa.-- Some former and current Pittsburgh Steelers players are staying active in the off-season by trying their hands at basketball!

On Saturday afternoon, the team hit the hardwood versus teachers in the East Pennsboro School District. The game helped raise money for the Four Diamonds Fund, helps families with children battling cancer. Students and teachers at East Pennsboro say they enjoyed watching the action and squaring-off against the athletes.

"The players are awesome too. They've had some awesome engagement with our faculty. It's been sweet," said East Pennsboro Senior and Overall Chair of the event Skyler Barlup.

"Being out there is just a dream, I am just like, I just feel myself staring at the guys in awe of how big they are and what athletically they can do," Learning Support teacher Todd Stuter added.

The Steelers players say the high school teachers were tough competitors. In the end the Steelers beat the East Pennsboro team 74 to 56.

The Steelers All-Stars finished their tour with a Saturday evening game against West York teachers. The Steelers came out on top in that game as well, 78-75.