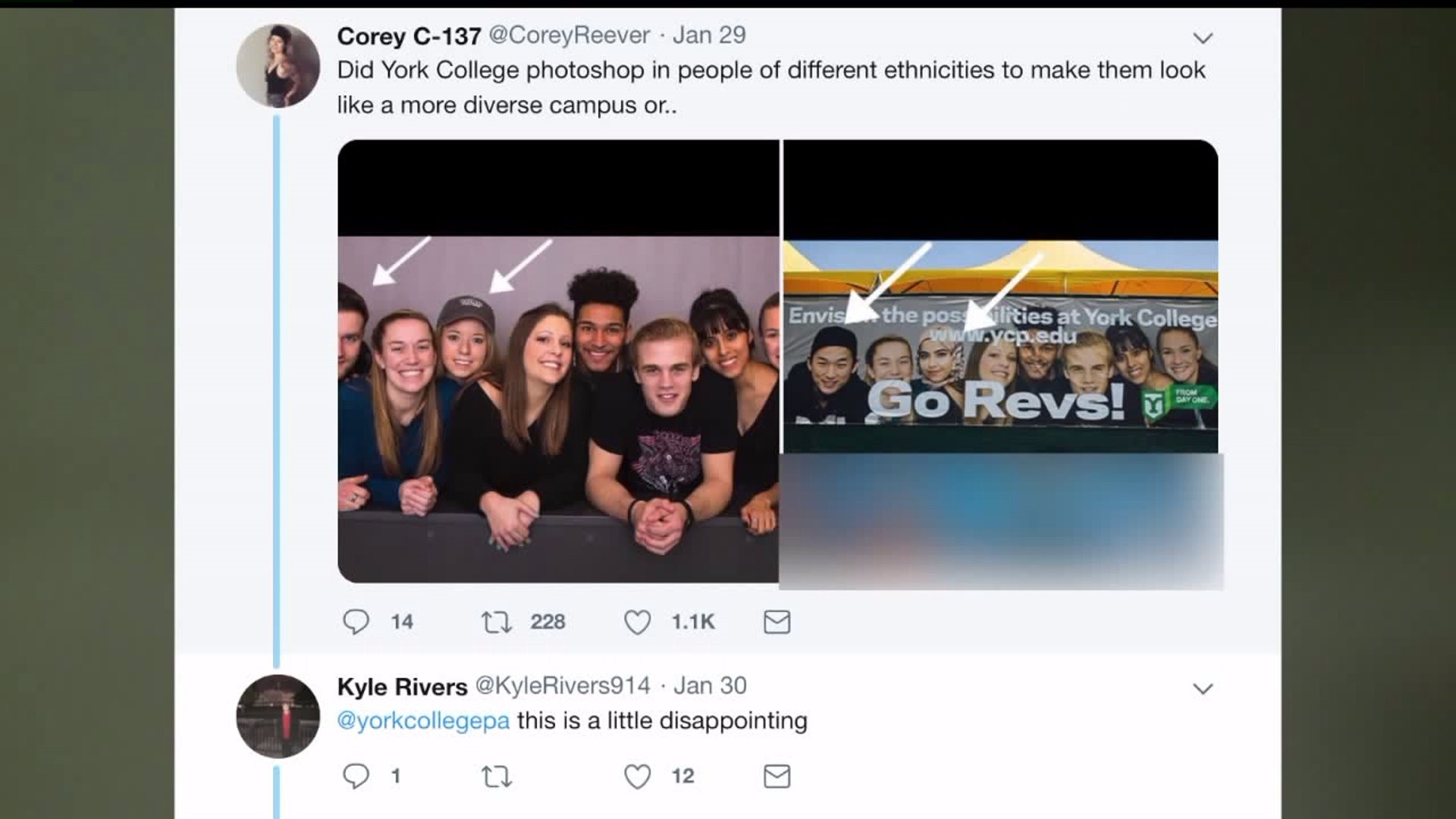 Recent graduate, Karina Garcia says she was approached while in class a year ago by the campus photographer.

“He looked at me and he was like you have the right face for this do you want to be a part of it and I was excited and I was like ok!" said Karina Garcia, alumni. “He said it was just a promotional ad for the school," she added.

Eight students, including Garcia all took part. However, when the billboard was put up at the rev’s stadium there were two different faces from what she remembered, so she asked the photographer what happened.

“I was confused I was like what happened why weren't they there, that was my first question," said Garcia.“He was like yeah they just wanted a more diverse billboard so we had to get two other students and we put them in there. When they went to show the person that had to approve the photo it wasn’t approved so they had to rush to fix the problem," she added.

That original photo was shared on Twitter by another student.

In a statement, York College of Pennsylvania wrote:

“This photo reflects the diversity of students who live and learn at York College. All those included are York College students. In an effort to reinforce inclusivity, we attempt to ensure that all students are represented and welcome.”

In another comment they added, "We were up against a deadline, but we should have made a better decision.” explaining why they made the decision to photoshop the two students in.

“There intentions may have been good but I think that does make them look, it makes them seem wrong," said Ryan Black, York College student.

Some students say while the decision may have not been the best, they still stand by their school.

“There are people of all different skin colors and I would say most people feel welcome," said Black.

“Their intention with the billboard was attract a more diverse population to the school and I think that’s a good thing that the school wants to do that," added Garcia.

The billboard is still up at the Rev’s stadium.

A spokesperson with York College says they are considering taking it down.