NORTH YORK, Pa. – A picture taken at the pediatric ward at York Hospital Tuesday has gone viral on social media, making the father and son in the photo an... 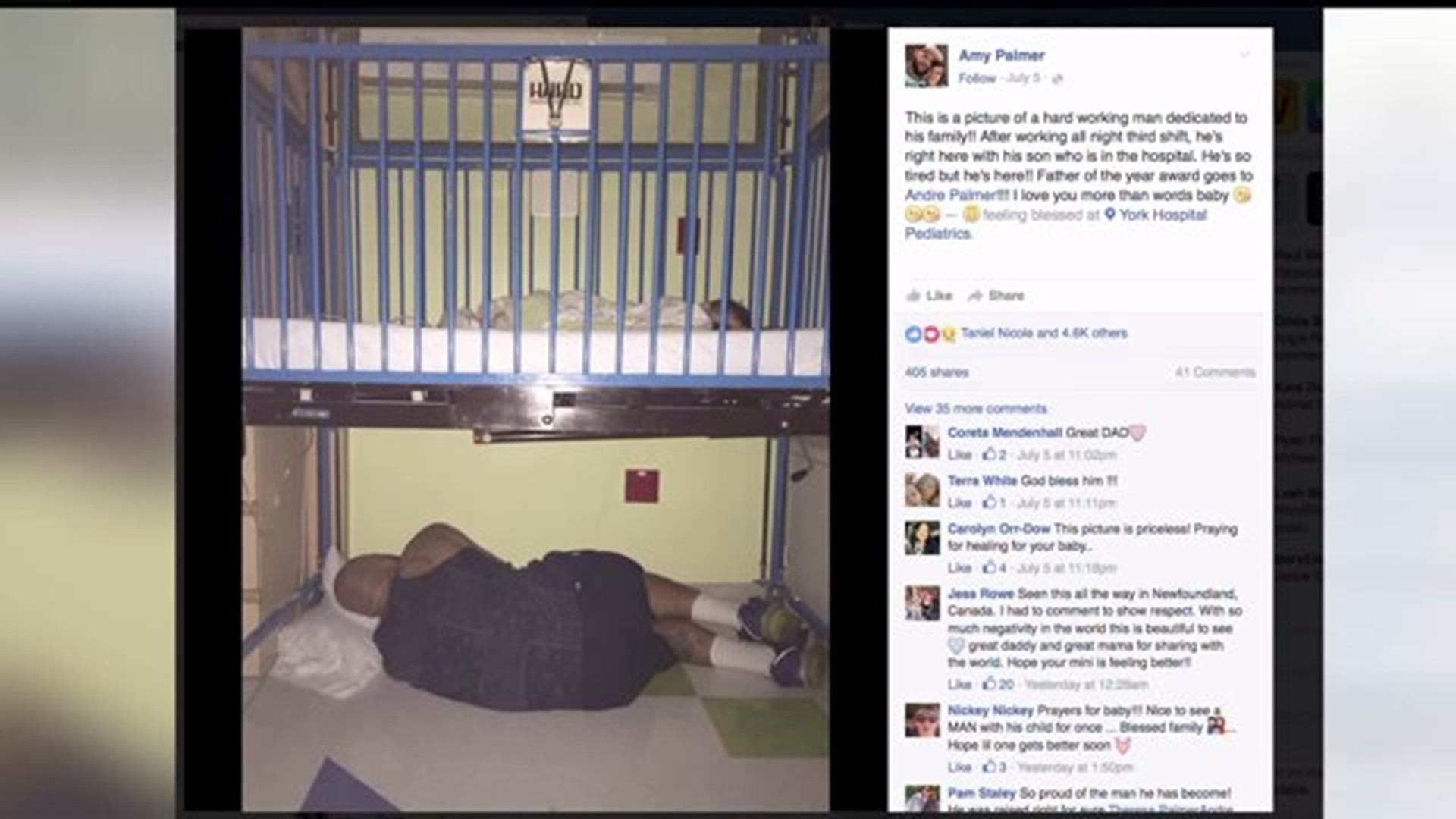 NORTH YORK, Pa. - A picture taken at the pediatric ward at York Hospital Tuesday has gone viral on social media, making the father and son in the photo and the mother who took it proud to help brighten the day of thousands of people.

Andre Palmer had just finished working third shift at his job Tuesday morning when he made the drive to York Hospital. His 20-month old son A.J. had spent the previous two nights recovering from an asthma attack.

“I was there to support my son and to be there for him,” he said Thursday.

When he arrived, his wife, Amy Palmer, was half-asleep on a foldout bed in the hospital room.

“That bed's not big enough for two of us, so the next best option for me was to lie down on the floor and with them coming in every hour or so, I didn't want to be in the way,” Andre said.

But then Amy woke up, and saw the adorable moment.

So she took a picture of them, and naturally, it has gone viral.

A.J. is back home today with his parents and two older sisters, doing what any 20-month old loves doing: playing with his toys, blissfully unaware of the joy his picture had brought to lots of people around the world.

“There's so much hatred and just terrible news you hear anymore, and to make people actually smile and happy, I really love that,” Amy said.

Both mom and dad say they cannot believe the attention one little photo has gotten, but until they make room on the wall for this snapshot, they can't wait to share this story with A.J. when he's a little bit older.

“I actually am really excited for that,” Amy said. “I'm excited for him to see how much his dad actually loves him and that the whole world thought that that was just wonderful.”

Andre says the whole experience has been very humbling to him.

“I know there's parents out there that do it every day, that do it day in and day out, so I don't want to take away from anyone else because I'm not the first one to ever do this,” he said. “I just happened to be the first one that the picture went all over.”