Judging by the smile on Melissa Gehman’s face, you’d probably never guess she was about to undergo an hour of intense physical therapy. Luckily, the 16-year-old... 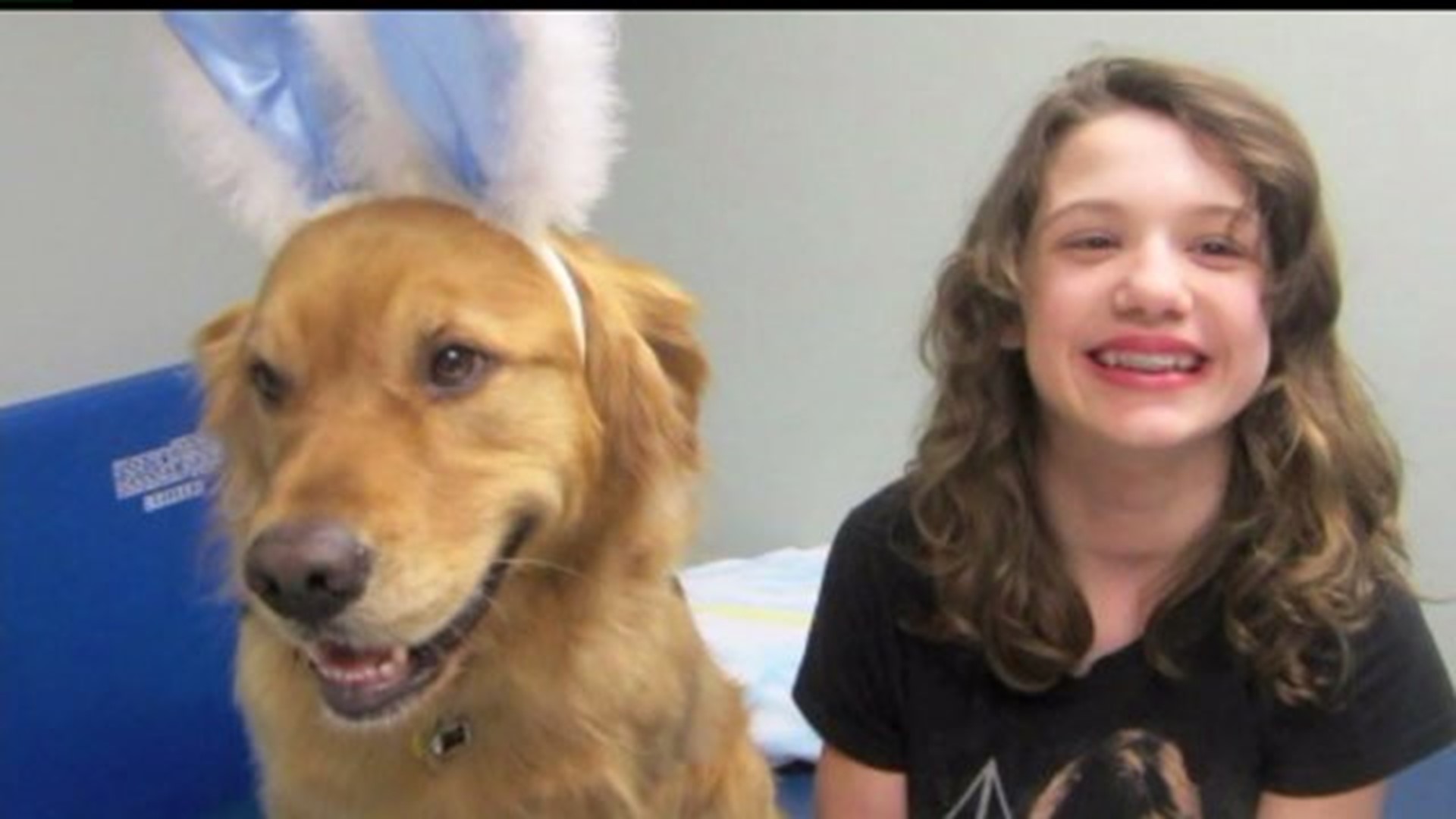 Judging by the smile on Melissa Gehman’s face, you’d probably never guess she was about to undergo an hour of intense physical therapy.

Luckily, the 16-year-old isn’t going through it on her own.

She has Kody by her side every step of the way.

The golden retriever is part of the KPETS family, a non-profit organization in Central PA that uses people-pet interaction to change lives.

“Each dog is our own pet that we take visiting people, whether it be a long-term care facility or into a school or library; we also work with at-risk teens,” said Karen Gerth, the founder of KPETS, which stands for Keystone Pet Enhanced Therapy Services.

Melissa and Kody work out together once a week a Schreiber Pediatric Rehab Center in Lancaster County.

“Sometimes she will roll out on one of the therapy balls and Kody has to crawl under her while she holds herself up, so it’s really a challenge for her to do that,” Gerth said.

Melissa was born with cerebral palsy, a neurological disorder that affects the body’s movement, balance and muscle control.

Having been in therapy since she was just six months old, she eventually became bored and unmotivated.

Melissa’s mom, Peggy Gehman, says that all changed though when she met Sammy nearly eight years ago.

“We ran into Sammy and Karen walking down the hall one day and Melissa just lit up,” she said.

Sammy, who is also member of the KPETS family, eventually led Melissa to Kody.

Now, eight years later, the dogs continue to bring her more than just fun; they bring her strength.

Melissa isn’t the only one feeling the power of pet therapy.

Hurley is a veterinarian and the Director of Global Scientific Affairs for Mars Petcare.

Together with the National Institute of Child Health and Human Development, they’ve funded more than 20 different research projects on the impacts of human-animal interaction.

“They forget the perceived feeling of pain and as their stress levels reduce, they actually have lowered cortisol levels and so that affects their immune systems; there’s more positive interactions in healing,” Hurley said.

Those who know Melissa, however, say the research only reinforces what they’ve already known all along.

“What the dogs have given Melissa is priceless,” Peggy said. “The relationships, the help with therapy, the love, the snuggles. The things they do together just really speak for itself.”

KPETS currently has more than 300 dogs working with people across Central PA.

For more information on how to get involved with the organization, click here.