LANDISBURG, Pa. — Council leaders in Landisburg Borough, Perry County, say that if the town is unable to stunt its sizable stray cat population, it will h... 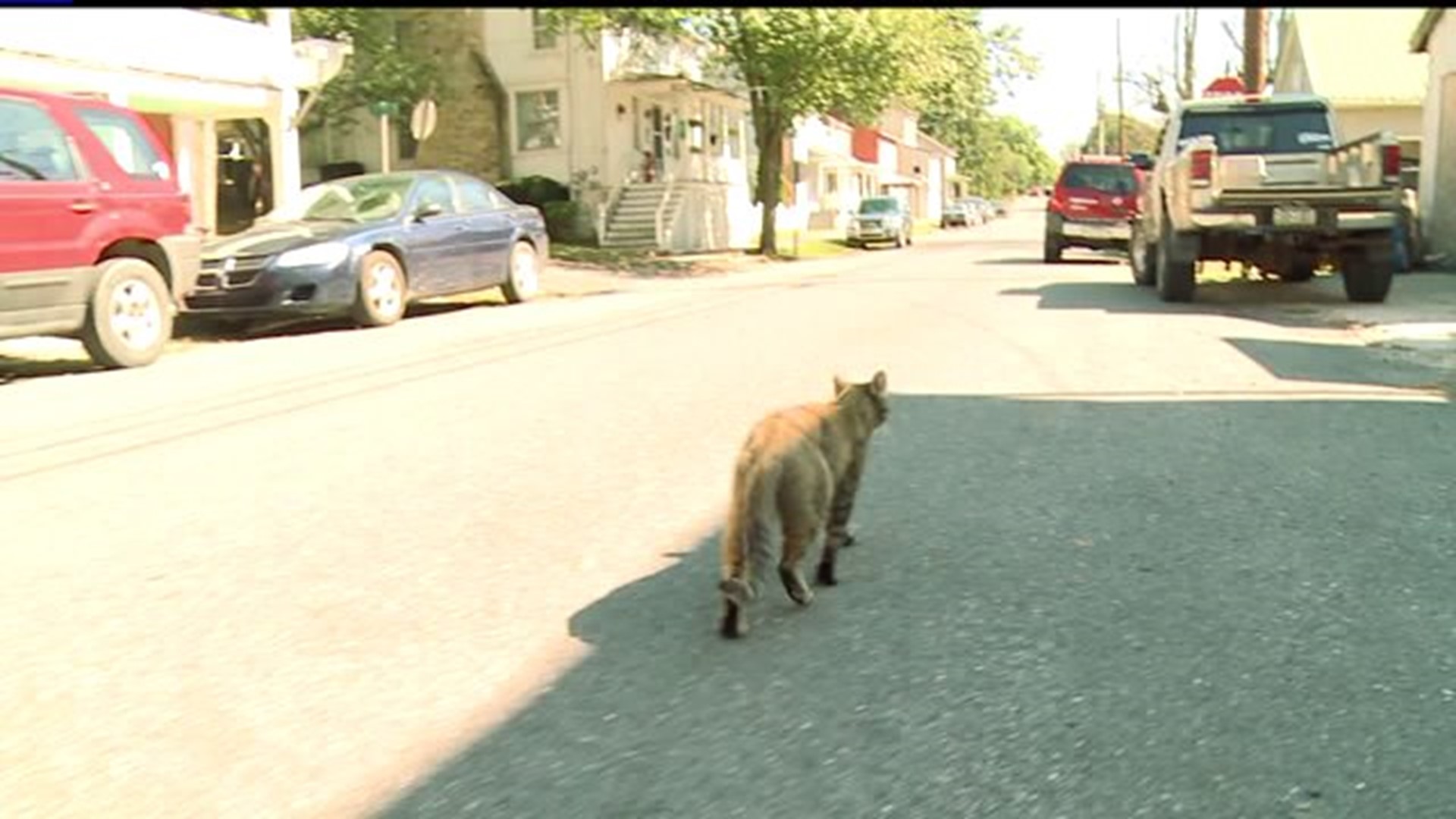 LANDISBURG, Pa. -- Council leaders in Landisburg Borough, Perry County, say that if the town is unable to stunt its sizable stray cat population, it will have to resort to capturing and euthanizing them.

Landisburg council president Steve Kowalewski tells FOX43 there are as many cats in town as people; just about 300. He says the issue started to arise six to eight months ago, and now the cat population is expanding and causing health issues for those who live there.

"They're running through the borough, destroying property," he says. "It's causing quality of life issues for residents, and we've received many, many complaints."

That is why, on Monday, the town passed an ordinance which council members hope will curb the influx of kittens: license a cat and legally care for it, or lose it.

"If you want to take ownership of the cat, feed and water it, we are asking you to take that next step and get a collar and a tag and make sure that cat is both vaccinated and neutered," Kowalewski said. Cats which are not licensed will be picked up by borough officials and taken to be euthanized.

It costs $10 to collar and tag a cat. Kowalewski hopes Landisburg residents will take ownership of the cats, many of which roam the borough's streets, alleyways, and backyards. Some residents leave food and milk on their front steps for the cats as they pass by.

"They're just being kindhearted," Donna Rudy said. "Just setting a little bowl of milk or kitty food out to help them get through the day."

The problem now facing Landisburg residents is, because of the ordinance, come October, leaving food out or sheltering a cat will be a punishable offense. Fines could range between $100 and $500, and jail time could be imposed up to 90 days.

"It's nonsense," Jeffrey Keller said. Keller lives in Landisburg, and owns four cats. "I don't agree with killing an animal just to get rid of it."

Neither does cat advocacy group Alley Cat Allies, a national group which heard of Landisburg's plans and hopes to change council members minds. Rebekah DeHaven, an attorney with Alley Cat Allies, says she tried contacting Landisburg Borough offices on Wednesday but was unable to reach anyone.

Alley Cat Allies promotes the method of Trap-Neuter-Return (TNR). DeHaven referenced a 2004 study done by the Journal of American Veterinarian Medical Association which looked at nine cat colonies; six were treated with TNR, while three were left un-sterilized. DeHaven says the colonies which were treated with TNR decreased in population by 36% in two years.

"If you neuter the cats and put them back in their outdoor homes, their population will slowly decline over time," she says, estimating that euthanizing the cats will result in the cat population arising to the same level in one to two years.

Meanwhile, the cat population in Landisburg continues to grow. Neighboring municipalities are even starting to capture cats from their towns, and dropping them off in Landisburg, Kowalewski says.

"They see all these cats running around and think, 'What a great place for a cat!' Unfortunately, we've become overwhelmed by a good thing."