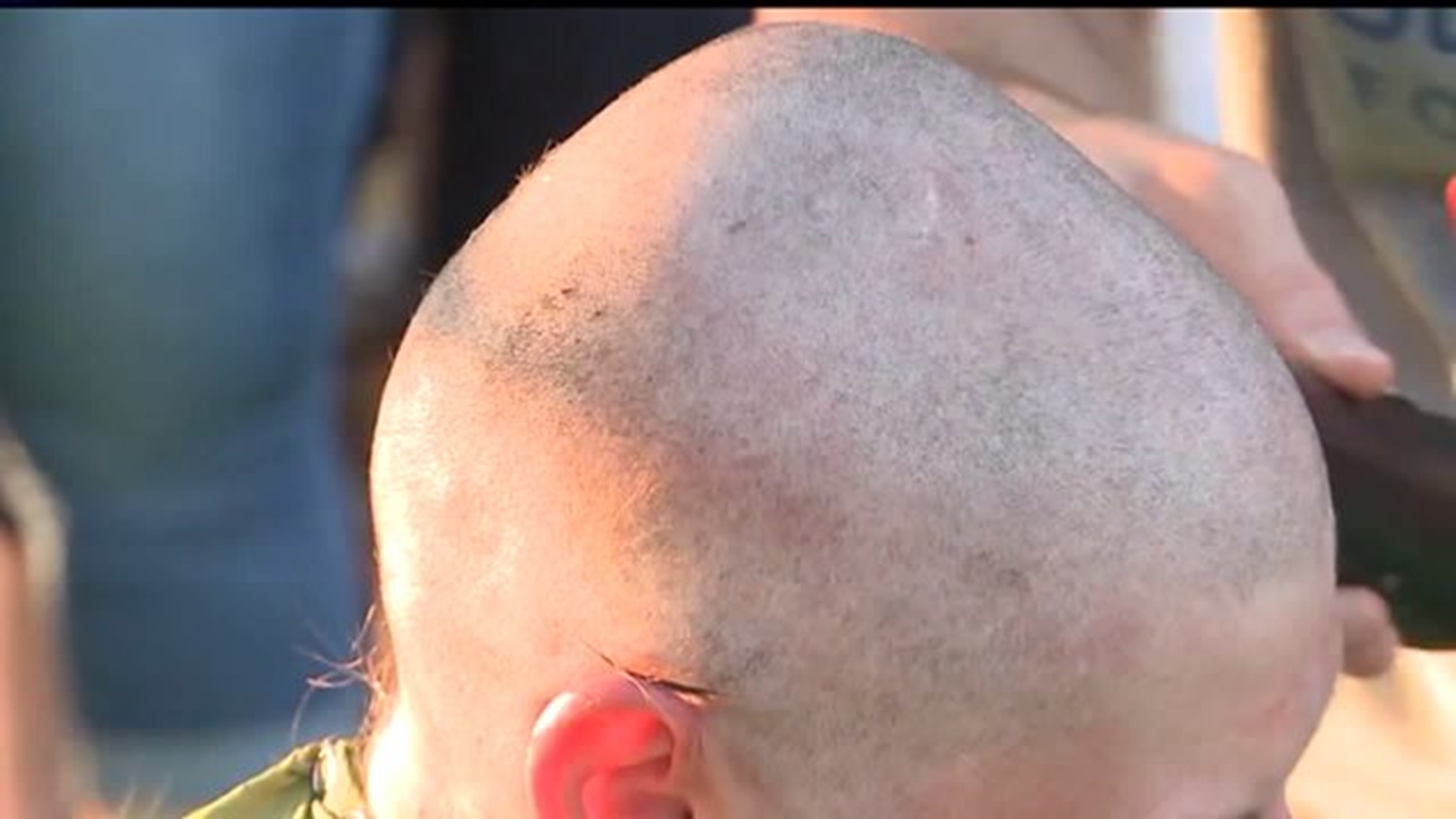 Mimidis  Karate hosted a St. Baldrick's Foundation head shaving event Saturday at the Lancaster Barnstormers' game. Over a dozen people went under the blade in an effort to raise $8,000 for childhood cancer research.

Brenda Fijalkowski had her head shaved. She said she was inspired after watching a friend's six year old son battle cancer.

"I know what it feels like to them to go out and not have any hair," said Brenda Fijalkowski.

Katrina Fausnacht has shaved her head six times. She decided to get involved with St. Baldrick's after her father went through cancer treatment. He has since passed away and she said she cannot imagine what it is like for families to go through a child's treatments. She wanted to raise money to advance research. Plus, she feels shaving her head and is a way to show she supports those battling the disease.

"I think it means a lot to them that we're willing to lose our hair, even though we could choose not to, to show our support for all that they have gone through," she said.