LANCASTER, Pa. — Sunday may have been a hot day in Central Pa., but people in Lancaster County did not break a sweat when it comes to keeping cool. Usuall... 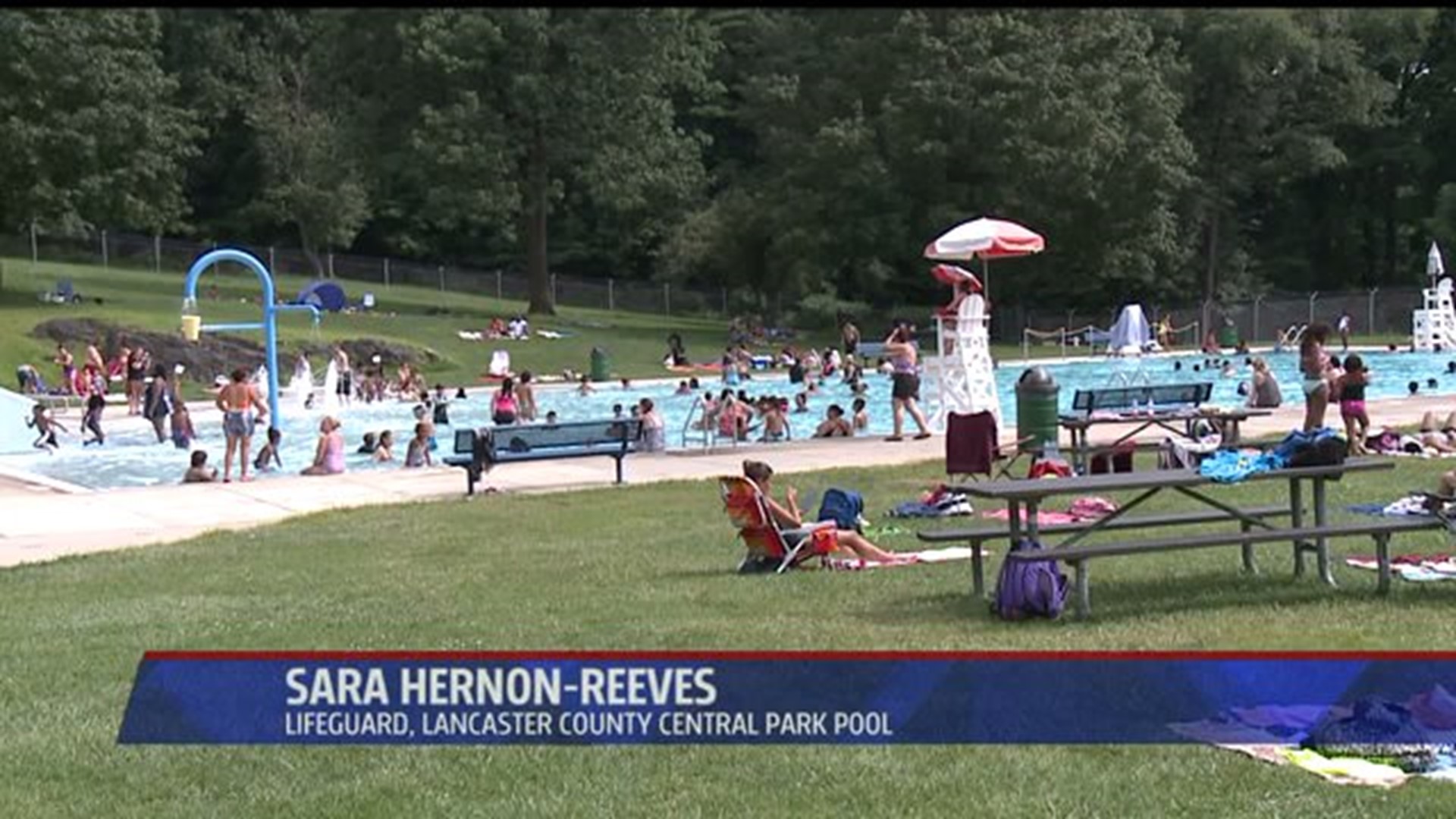 LANCASTER, Pa. -- Sunday may have been a hot day in Central Pa., but people in Lancaster County did not break a sweat when it comes to keeping cool.

Usually people try to stay indoors when it's this hot, but many found cool ways to be outside.

Melody, who was having a birthday party at Sixth Ward Park, said, "We wanted to do some outdoor things like play with water balloons."

Some splash parks in Lancaster County are closed on weekends, but that didn't stop people from playing in the water.

Jessica Morales, who was attending the party, said, "We thought that park was going to be open with the sprinklers on but it's not so we're improvising with water balloons."

While some play with balloons, others were headed to the pool.

Jim Dougherty, who lives in Lancaster, said, "It's really hot. I was out trying to do something to my truck, dripping wet in sweat and I said to Anne, 'Look I'm going to go cool off.'"

The Lancaster County Central Park swimming pool was filled with dozens of people trying to beat the heat.

Sara Hernon-Reeves, a lifeguard at the pool, said, "Last year it definitely rained a lot more so we didn't have as many big days people-wise."

But this summer is different.

Kara Kirby, the head lifeguard, said, "This year we've gotten a lot more people since its been so hot on the weekends."

Officials said it's still important for people to stay hydrated while they play in the water.