Pennsylvania lawmakers are renewing their fight to legalize medical cannabis. Senators Daylin Leach and Mike Folmer may seem like an unlikely pair, but the Demo...

Pennsylvania lawmakers are renewing their fight to legalize medical cannabis. 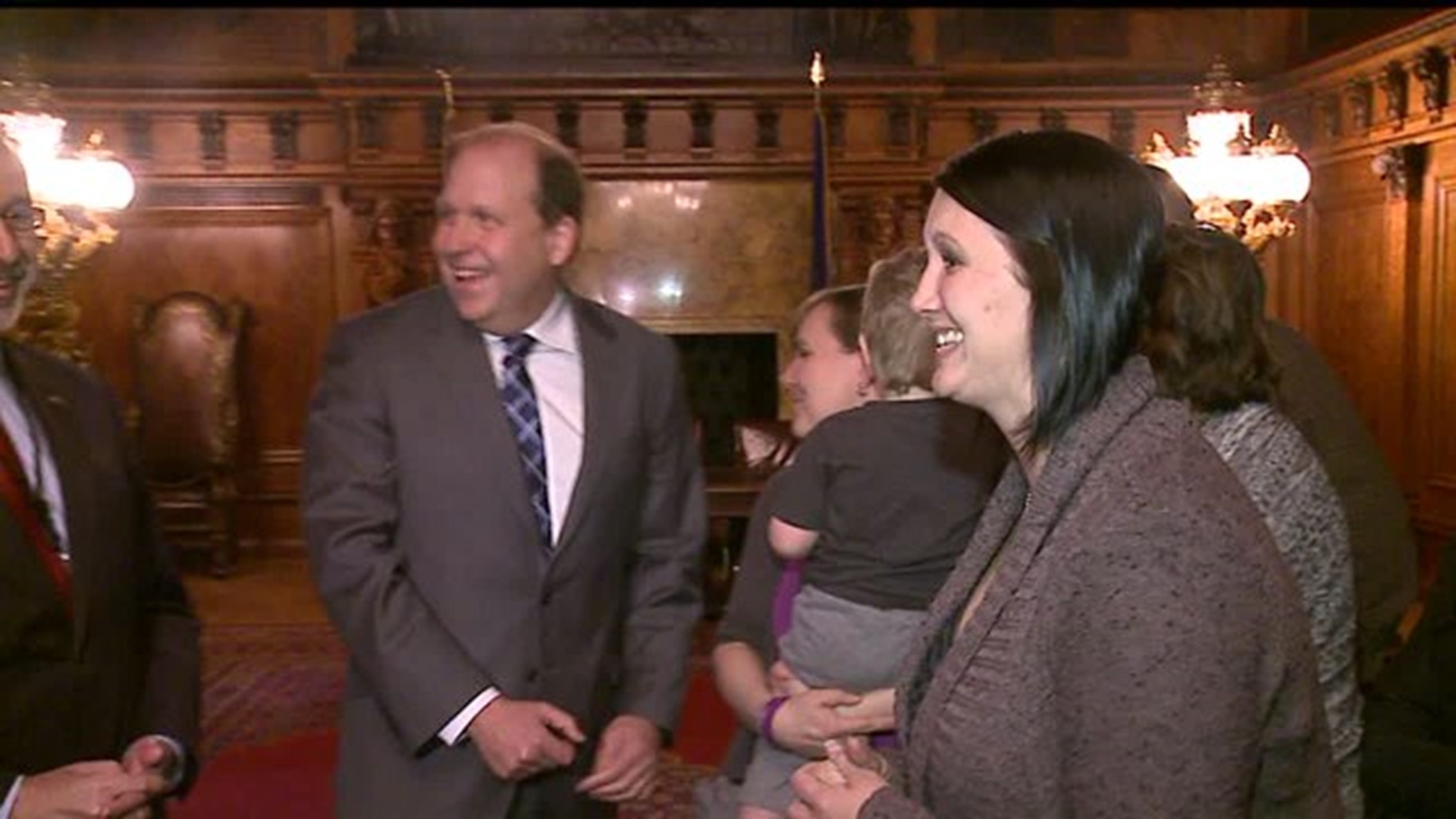 Senators Daylin Leach and Mike Folmer may seem like an unlikely pair, but the Democrat and Republican are working together. They introduced Senate Bill 3 to legalize medical cannabis. Some details are still being worked out, like what ailments will be eligible for treatment and which forms of the drug will be available.

"Anyone can get sick. If it was your child, or your mother, or your sister, or you, put yourself in that position. What would you want to see happen?" said Senator Leach, (D) Montgomery and Delaware Counties.

"Some of these folks are self-meditating and we don't know what's in that. With this bill we will know there is no pesticides in it. We are going to know the quality of it," said Senator Folmer, (R) Lebanon, Southern Dauphin, and Northern York Counties.

After the press conference, Governor Tom Wolf (D) invited lawmakers and families to his office to show his support. "It pains me that anybody, any citizen in Pennsylvania, is not getting the treatment they he or she needs because of some legal impediment," said Governor Wolf.

Senator Leach and Folmer said they believe Senate Bill 3 will pass this session, and the governor's support helps. "It is 180 degree difference. It is a breath of fresh air," said Senator Leach.

There is optimism that support is growing at the Capitol but the bill still faces a long road ahead.

Senate Bill 3 is nearly identical to the one that passed with a wide margin in the Senate last session. The House never acted on it, and it's unclear what will happen in the House this session.

"We are calling upon our Republican colleagues in the House to advance this legislation in the House once it passes in the Senate and makes its way there," said Senate Democratic Leader Jay Costa.

Scot Chadwick works as Legislative Counsel for the Pennsylvania Medical Society. He says there are too many unanswered questions.  "How often should we give a dose, and how strong? What are the long-term side effects? Until we have a real medicine, how do you ensure quality and consistency? Those are the kinds of things that we need research to show us," said Chadwick.