SUSQUEHANNA TOWNSHIP, DAUPHIN COUNTY, Pa. — Filling up the tank may cost you this summer. That’s because gas prices are on the rise, once again. Gas price... 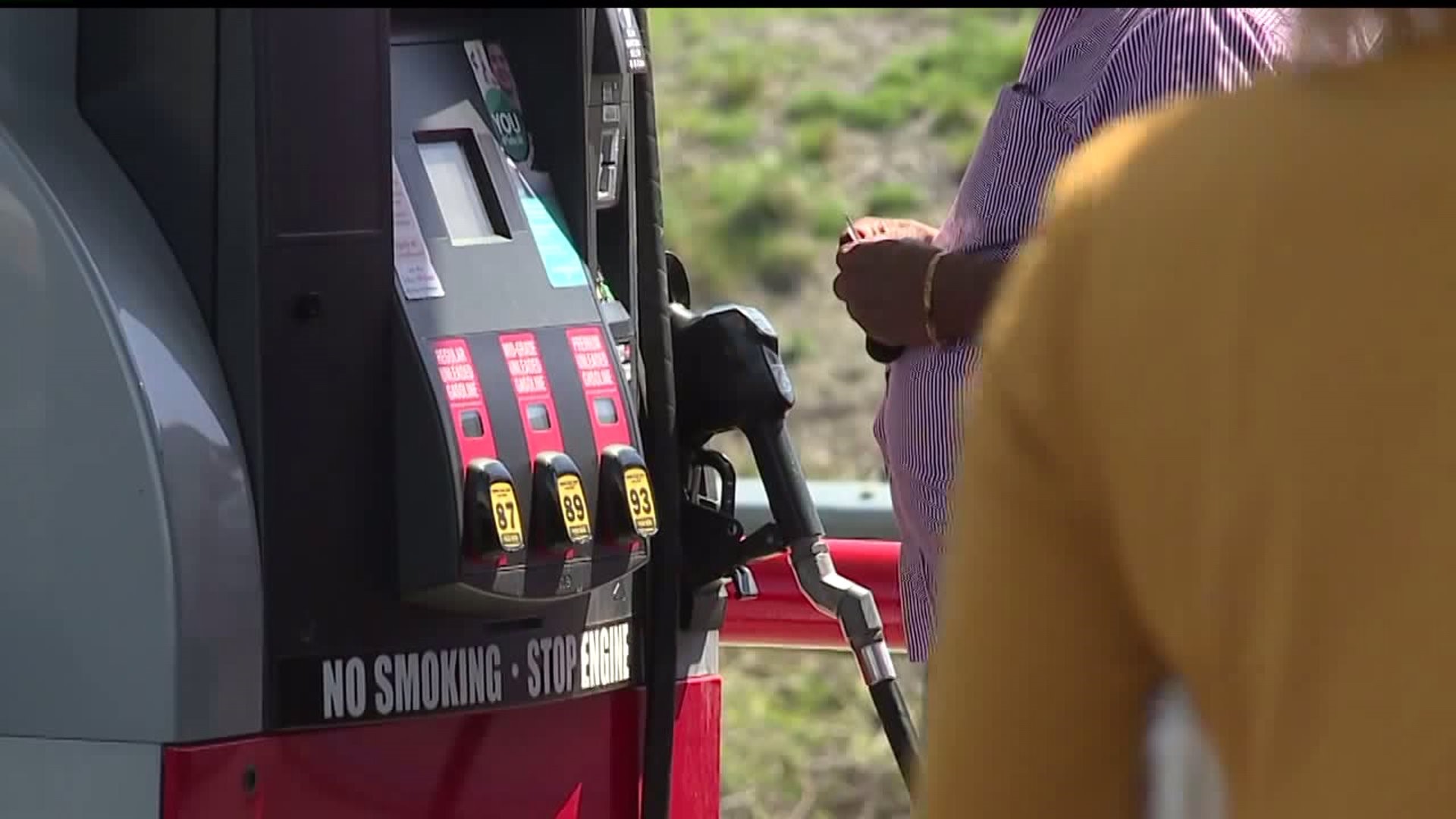 SUSQUEHANNA TOWNSHIP, DAUPHIN COUNTY, Pa. -- Filling up the tank may cost you this summer.

That’s because gas prices are on the rise, once again.

Gas prices this month, compared to last year around this time, has gone up nearly 43 cents, averaging at about $3.02 in Pennsylvania, some of the most expensive since 2014.

Jennifer Groff commutes an hour to work each day and fills up her tank at least twice a week.

“I went from spending anywhere from $25 to $30, to now almost $40 and it’s broken the bank a bit," said Jennifer Groff of Lancaster.

With nation-wide gas prices spiking, Pennsylvania is one out of ten other states where gas costs the most.

Doni Lee Spiegel with AAA Central Pennsylvania, says a big reason for that is because of the high gas taxes.

Which is why many on the road we spoke with aren’t too thrilled about the punch their wallets are taking.

“It has a tremendous impact on when you’re budgeting for the month and how much you’re having to spend, especially with the gas prices going up, it really does put a pinch in people’s pockets," said Matt Bugli, of Harrisburg.

As we get closer to the summer, experts say gas prices will go up 10 cents,  putting gas at some places, close to $3.00 per gallon or more.

“Some people that are a little more budget conscious they might be making changes for their everyday travel," added Spiegal.

Which is exactly what Groff and her family plan on doing.

“We typically go to the Outer Banks at the end of the summer, which is a lengthier commute but we’re hoping that the gas prices go down," added Groff.

“I think we have to remain optimistic it’s been higher before," added Bugli.

“In comparison to a year ago it is a little bit higher, but again if you think back to 10 years ago, you know, at least we aren’t up to that $4 range," added Spiegal.

Travel sxperts say some of the things you can do to save money on gas is to make sure that you are putting top tier gas in your vehicle. By doing this, you’ll get better gas milage, along with some other things like lower emissions and less deposits in your engine.