CARLISLE, Pa. — Local farmers like Michael Nolan, owner of Earth Spring Farm in Carlisle are concerned over the local egg supply as the High Path Avian In... 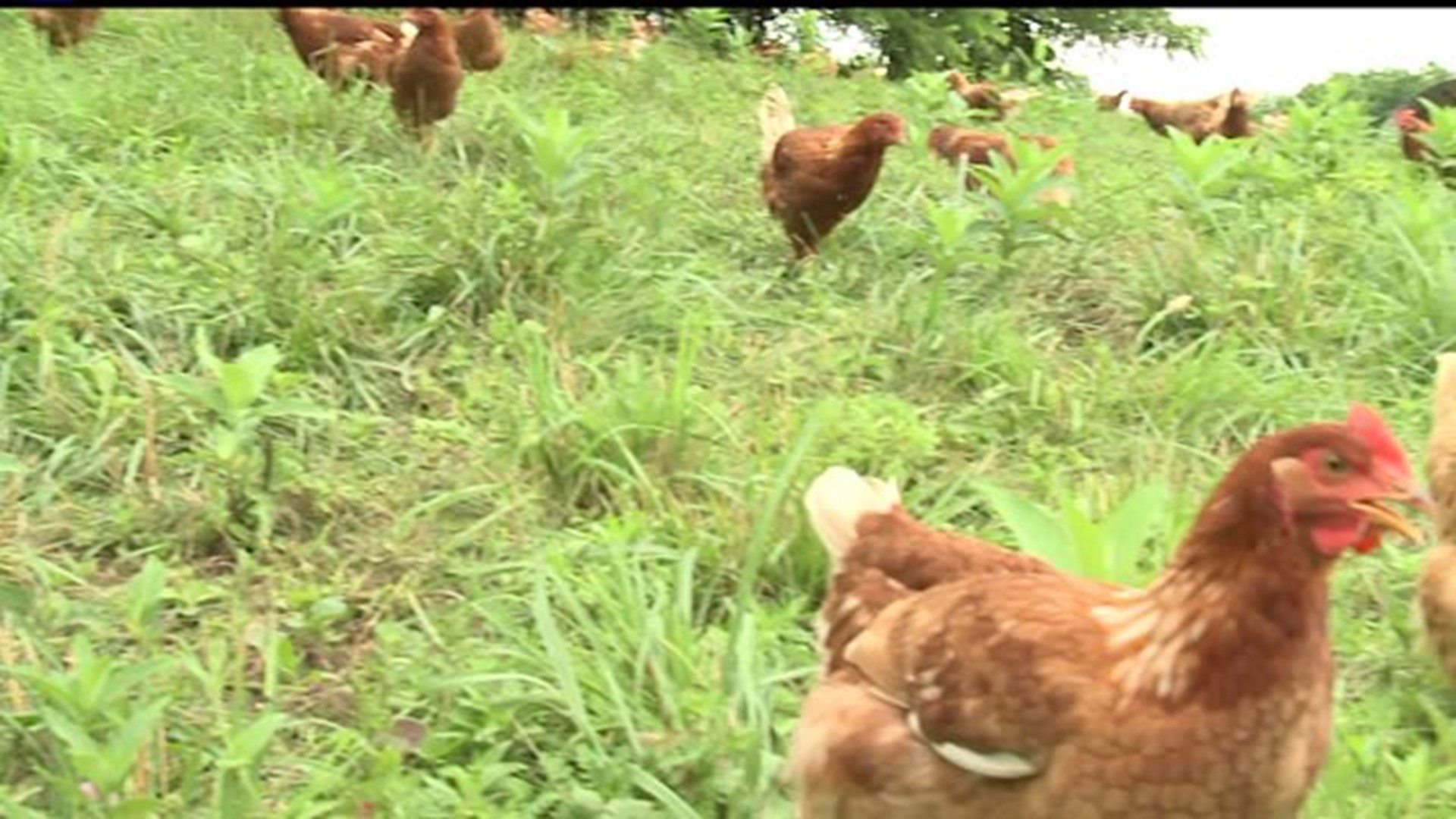 CARLISLE, Pa. -- Local farmers like Michael Nolan, owner of Earth Spring Farm in Carlisle are concerned over the local egg supply as the High Path Avian Influenza, or bird flu spreads in the Midwest.

"Everybody who has chickens, whether it's the backyard gardener, or the giant commercial chicken egg laying farms is definitely having some serious thoughts about what's going to happen with this flu if it comes into Pennsylvania," Nolan said.

While there have been no confirmed cases of the flu in Central Pennsylvania, officials are taking precautions to combat the problem before it reaches the state. "Our scale of our response effort will be dedicated by the size and scope of any outbreak," Russell Redding, state agriculture secretary said in a press release.

Nolan said if one chicken is sick, the whole flock must be put down. Some commercial farms generate millions of dollars from egg sales per year. Smaller farms like Earth Spring Farm could also lose thousands of dollars if the flu hits.

Dr. Gregory Martin of the Penn State Extension said, "the virus attacks poultry pretty much like the flu attacks people."

He said the birds get the virus which creates a problem with their upper respiratory system. "They get to the point where they get so congested and so sick that they pass," Dr. Martin said.

More than 47,000 million birds have been killed due to the virus.  Dr. Martin said consumers will see a small spike in egg prices.

He advises people to wash their hands and maintain proper hygiene after coming in contact with poultry and to keep birds from mixing with wild birds.

The virus has spread west to east primarily from migratory birds from the Pacific, Central and Mississippi flyways. It has been found in 20 other states, including a recent confirmation of the flu in Michigan.

More than 47,000 million birds have been killed due to the virus. The poultry industry generates more than $1.2 million in the Commonwealth and provides more than 53,000 jobs.