PennDOT crews repairing potholes all throughout the state during June

YORK COUNTY, Pa. — Drivers, PennDOT officials say you can expect to see crews patching potholes all throughout the Commonwealth this June. It’s call... 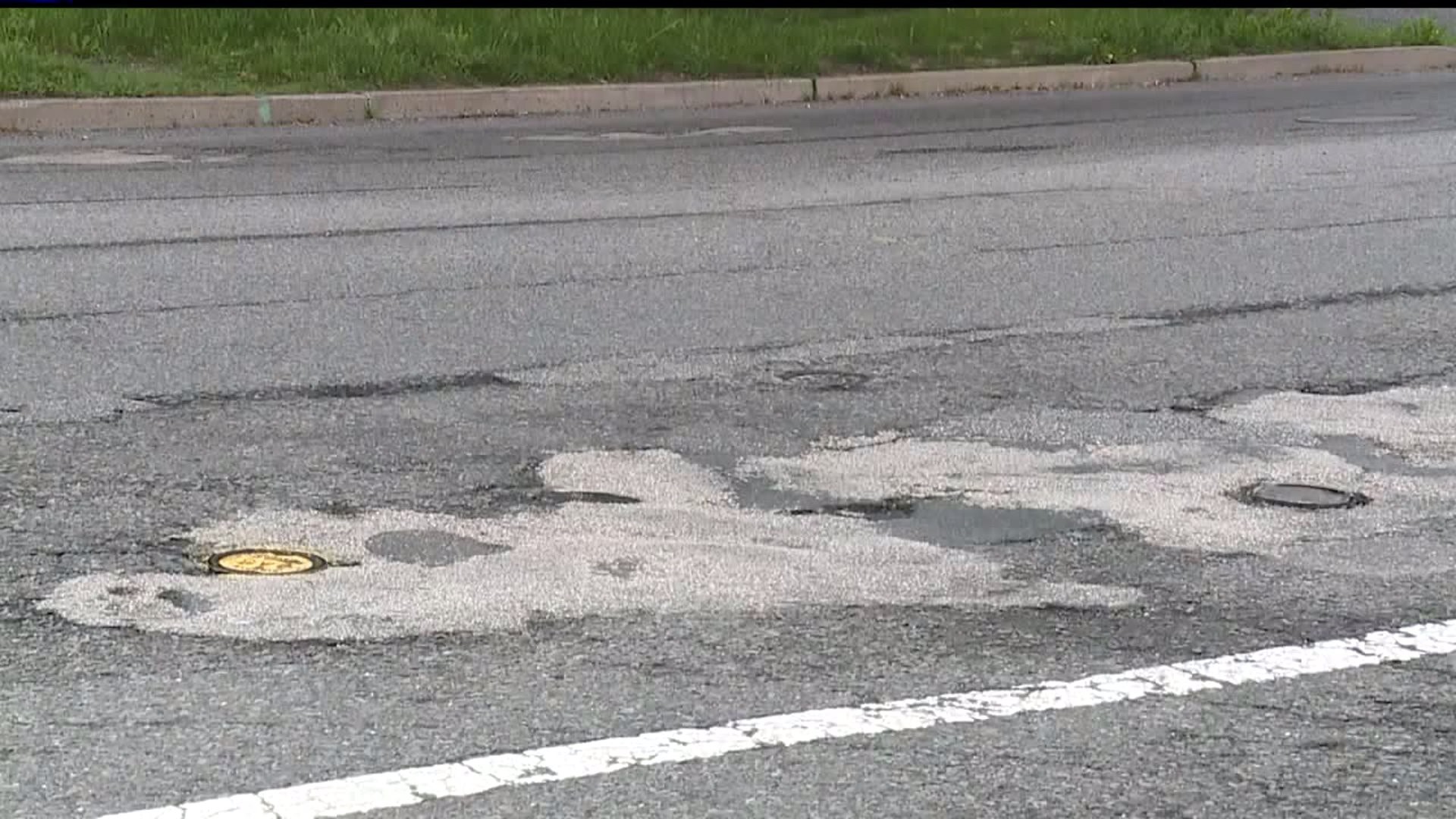 YORK COUNTY, Pa. -- Drivers, PennDOT officials say you can expect to see crews patching potholes all throughout the Commonwealth this June.

It's called the resurface Pennsylvania initiative, made possible by some additional state-funding.

Each time you bend the spoon, it represents a freeze - thaw, and with the temperature swinging so much this past winter, like a spoon, eventually the roads will break, creating the potholes some drivers loathe so much.

Some drivers in Pennsylvania are no strangers to potholes.

“I have a truck and every time, it feels like I’m hitting a roof," said William Busch, a driver from York County.

"It’s a little inconvenient. When you hit a pothole, your car does, you have to get it realigned and the whole bit," said Brenda Turner of Dallastown.

Every time Brenda Turner of Dallastown gasses up and hits the road, she worries about what could happen if she hit one.

“Oh my, that it just don’t throw you out of sync, that you don’t run and hit somebody else or a pole or something, it can cause an accident even. That’s how bad some of them are," she said.

This past winter, Mother Nature didn't help the pothole situation either.

PennDOT says periods of freezing and thawing broke down roadways in Pennsylvania. Then, rain delayed the needed road work.

“A lot of the major projects got pushed back or delayed because of the weather we had through March and April. A lot of our pothole patching operations were put off because of the cold weather and the rain, said Greg Penny, a spokesman for PennDOT.

Luckily this year, Penny says PennDOT has extra money coming from the state which will be allocated to its district offices for roadway resurfacing.

He says will receive around $500,000 each to smoothe pavement on Interstate 83 and Interstate 81 some other side roads.

Which Busch is eager to see.

"What matters is they get fixed so they just need time and money I guess," he said.

Call 1-800-FIX-ROAD or visit www.customercare.penndot.gov if you notice any roadway surface issues.

Drivers are asked to be as specific as possible when providing locations of maintenance concerns.

Motorists should report the county, municipality, street name, and state route number, which can be found on small black and white signs posted along state highways.

In addition, a description of any familiar landmarks would be helpful for PennDOT to locate the problem area.