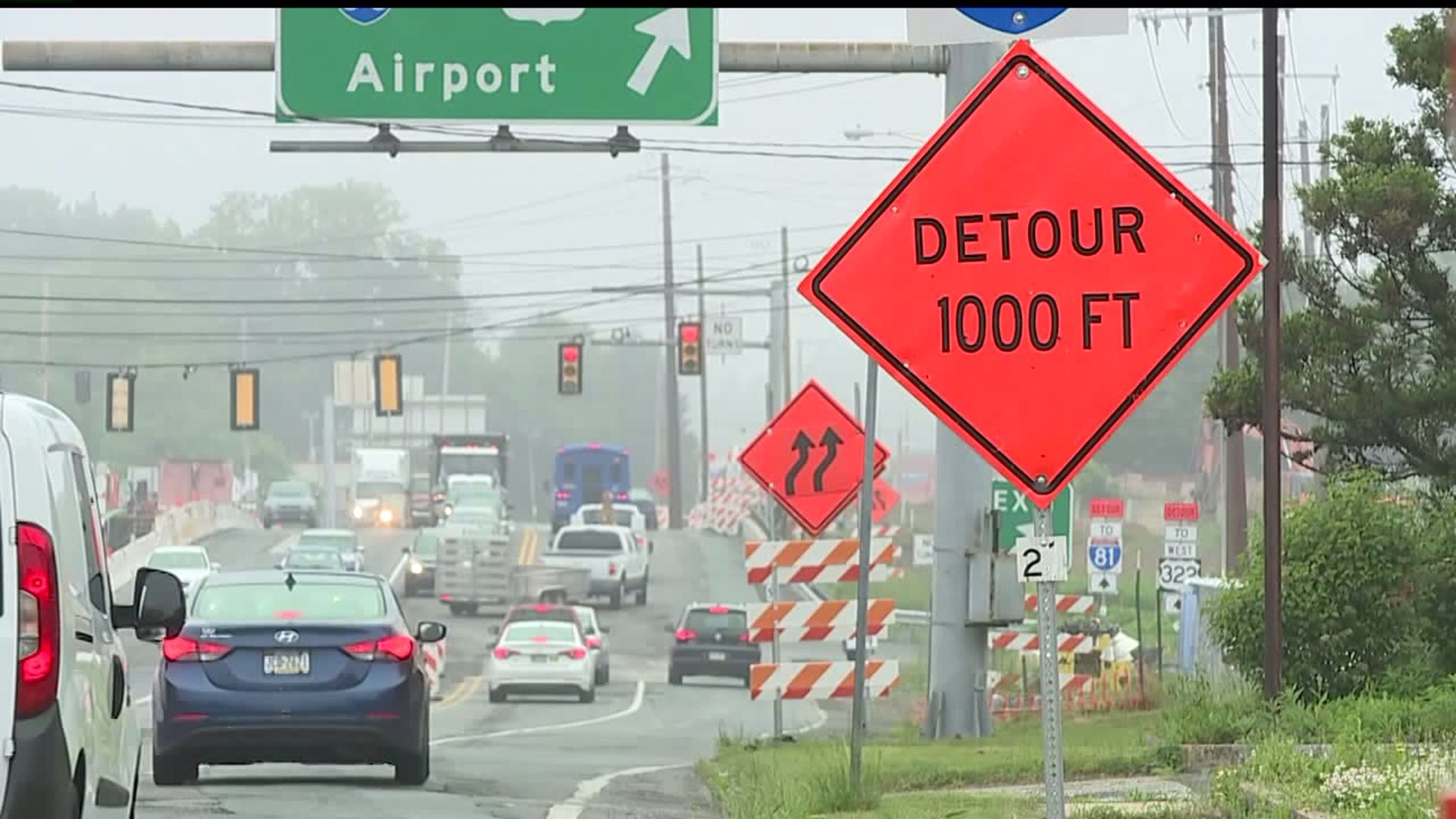 LOWER PAXTON TOWNSHIP, DAUPHIN COUNTY, Pa. -- Drivers, start planning ahead. Thousands of people in Dauphin County will need to use some alternate routes for for the next few months.

"This is a major project where we are rebuilding an interchange, we got the bridge on Route 22 over interstate 83 and we’re also working on the ramps in the interchange," said Greg Penny with PennDOT.

Weather permitting, the exit 50 ramp — at Jonestown Road — will be closed Thursday night— for a new one to be built.

The construction, which is a part of a bigger effort to rebuild bridges, ramps and overpasses in our area —  is expected to last through the fall.

So if you’re headed South on I-83 and taking the off ramp to Route 22 — you’ll only be able to  go Westbound — towards downtown Harrisburg.

“You won’t be able to continue to make a left turn to go eastbound towards the Colonial Park area and that’s because we’ve built up the ramp that is about two and a half or so feet higher than the existing road in that area," added Penny.

And if you want to go East on Route 22  — you, too will be detoured to Union Deposit Road.

“The purpose is to not only raise the elevation of the bridge so that higher loads on the interstate can get under, and get through there, but widen what we call the lateral under clearance," said Penny.

Adding three more lanes on I-83  in each direction, making the roads more accessible and safer.

“There’s been a need to rebuild the interstate for years and also to be able to widen it so that we could carry traffic more safely and more efficiently," added Penny.

In the meantime — if you come across any closures or detours — officials suggest paying attention the signs around you to avoid any major fines.

“Keep in mind that the people working in these work zones are peoples fathers, daughter, sons," said Sgt. Steve Cover, Lower Paxton Police Department.“Slow down, give themselves some extra time to get to where they are trying to go I think everything would be a lot smoother," he added.

PennDOT says road closures and construction will begin Thursday evening from 9:00 p.m. to 6:00 a.m. Friday morning, each day for the next couple of months.

The project is weather permitting, so be sure to check out 511pa.gov for all the latest closures.