HARRISBURG, Pa. — After deliberating for 13 hours over the course of two days, a Dauphin County jury returned Friday with a split verdict against former P... 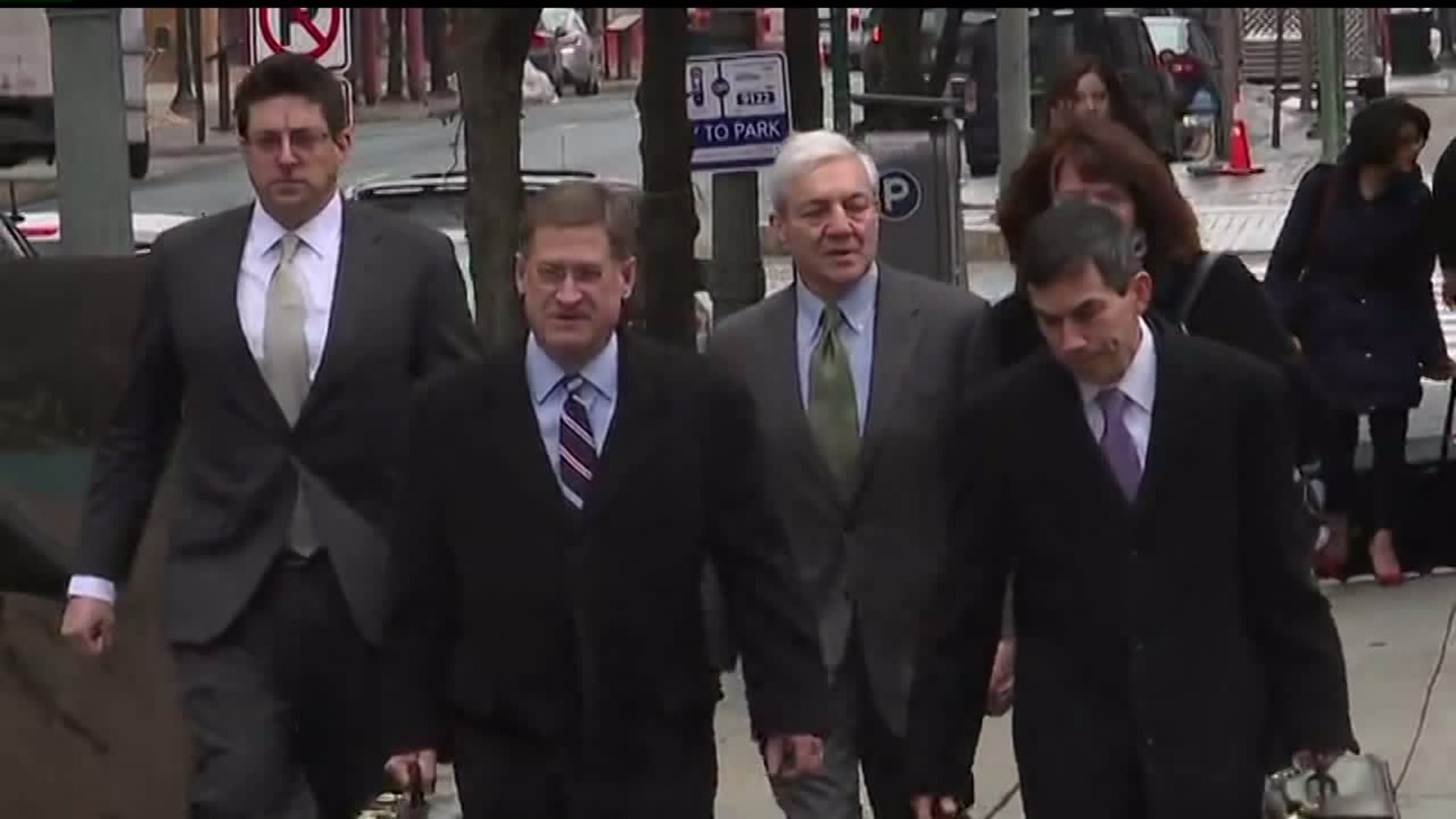 Spanier, who resigned as University President in 2011 in the wake of the Jerry Sandusky child sex abuse scandal, had no reaction when the verdict was read. He was surrounded by family and friends in the courtroom gallery.

Spanier's conviction is for a misdemeanor crime, the same which former colleague's, and former co-defendants Tim Curley and Gary Schultz pleaded guilty to last week. The crime carries a maximum sentence of five years in prison and a $10,000 fine.

"He had a duty of care and protection of children who came to Penn State's campus, and he failed in that duty," Ditka said.

When asked if the state expected Spanier to serve prison time, she responded, "We're not there yet."

Sentencing for Spanier, Curley, and Schultz will take place within the next 60 days.

"These leaders endangered the welfare of children by both their actions and inactions," said Pennsylvania Attorney General Josh Shapiro. "There are zero excuses."

The jury found that Spanier was found guilty of knowingly violating the care of a child he was supervising. They determined Spanier was responsible for all children abused by Sandusky on Penn State's campus, after the former football coach was spotted by Mike McQueary abusing a young boy in February 2001.

McQueary reported the incident to Curley and Schultz, who relayed the information to then-President Spanier.

Spanier, who did not testify in his defense, maintains through his legal team that he, and former colleagues Tim Curley and Gary Schultz, only acted upon the information they had at the time, which they felt was that Sandusky was only engaging in "horseplay" with a child.

Spanier did not make any comment after the trial, and did not leave in handcuffs. He stood next to his attorney, Sam Silver, when the lawyer read a statement.

"This case has always been replete with significant issues, factual and legal, and those issues remain," Silver said.

Silver indicated his team plans to appeal the guilty verdict.

The trial is expected to be the final criminal case in the Sandusky child sex abuse scandal.

Curley, Penn State's former athletic director, and Schultz, the school's former Vice President of Business and Finance, pleaded guilty last week to child endangerment in exchange for their testimony. They face a maximum sentence of five years in prison and a $10,000 fine.