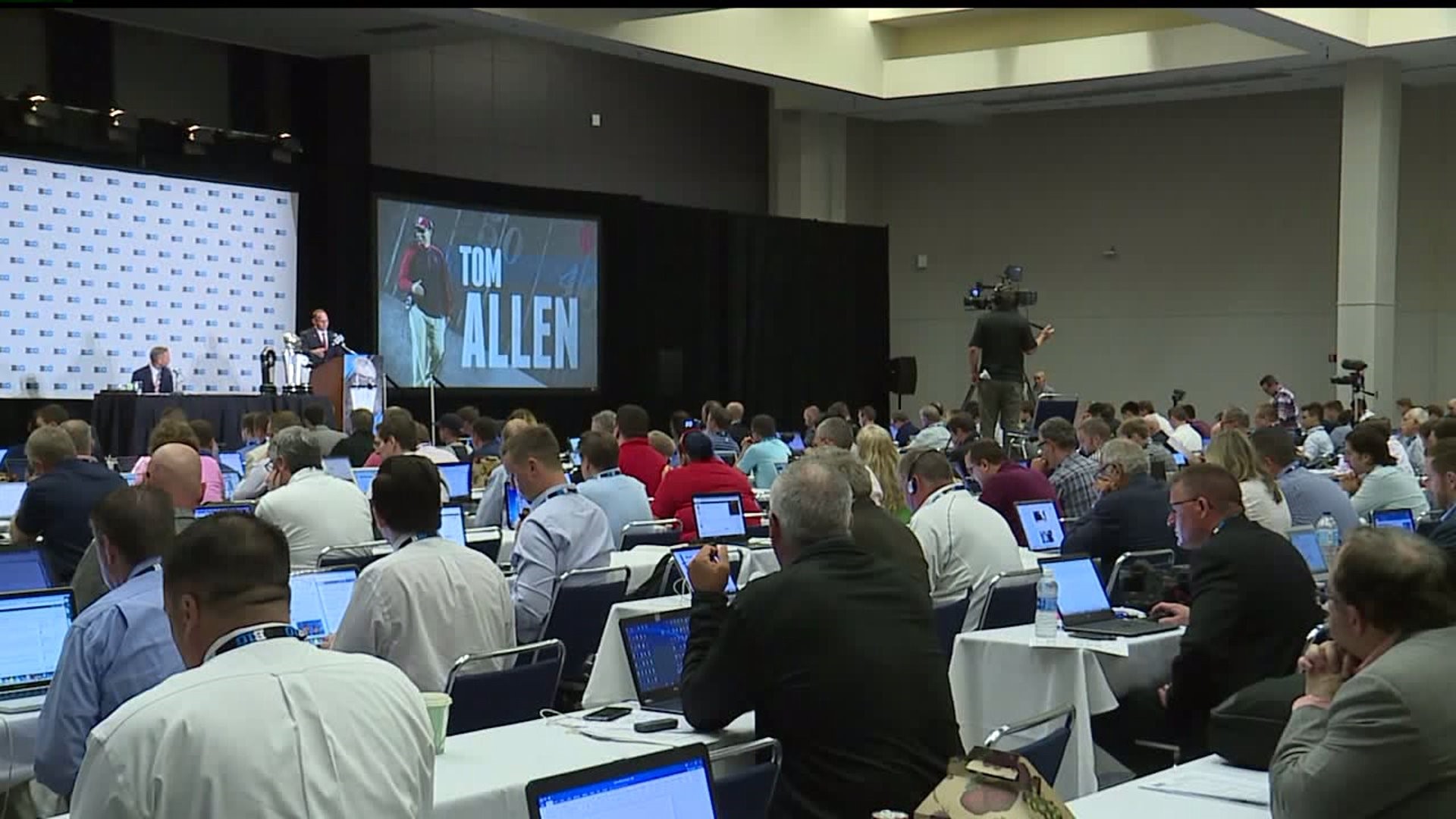 On Monday, the limelight resurfaced, but this time in Chicago -- home of the 2017 Big Ten Media Days.

Praise from the top for Franklin

Franklin enters his fourth season at the helm of Penn State.

"I would say he's done an amazing job," Delaney said of Franklin. "He did a great job at Vanderbilt and came in under tough circumstances at Penn State but he recruited right through it, coached right through it and obviously won the Big Ten Championship last year."

The conference commissioner added, "He's a favorite this year, not only for conference competition but also nationally so he's done a fabulous job."