ORLANDO, Fla. — The Florida Citrus Bowl Parade kicked off the final weekend of 2018 Saturday morning. Blue and white fans arrived in Orlando to enjoy some... 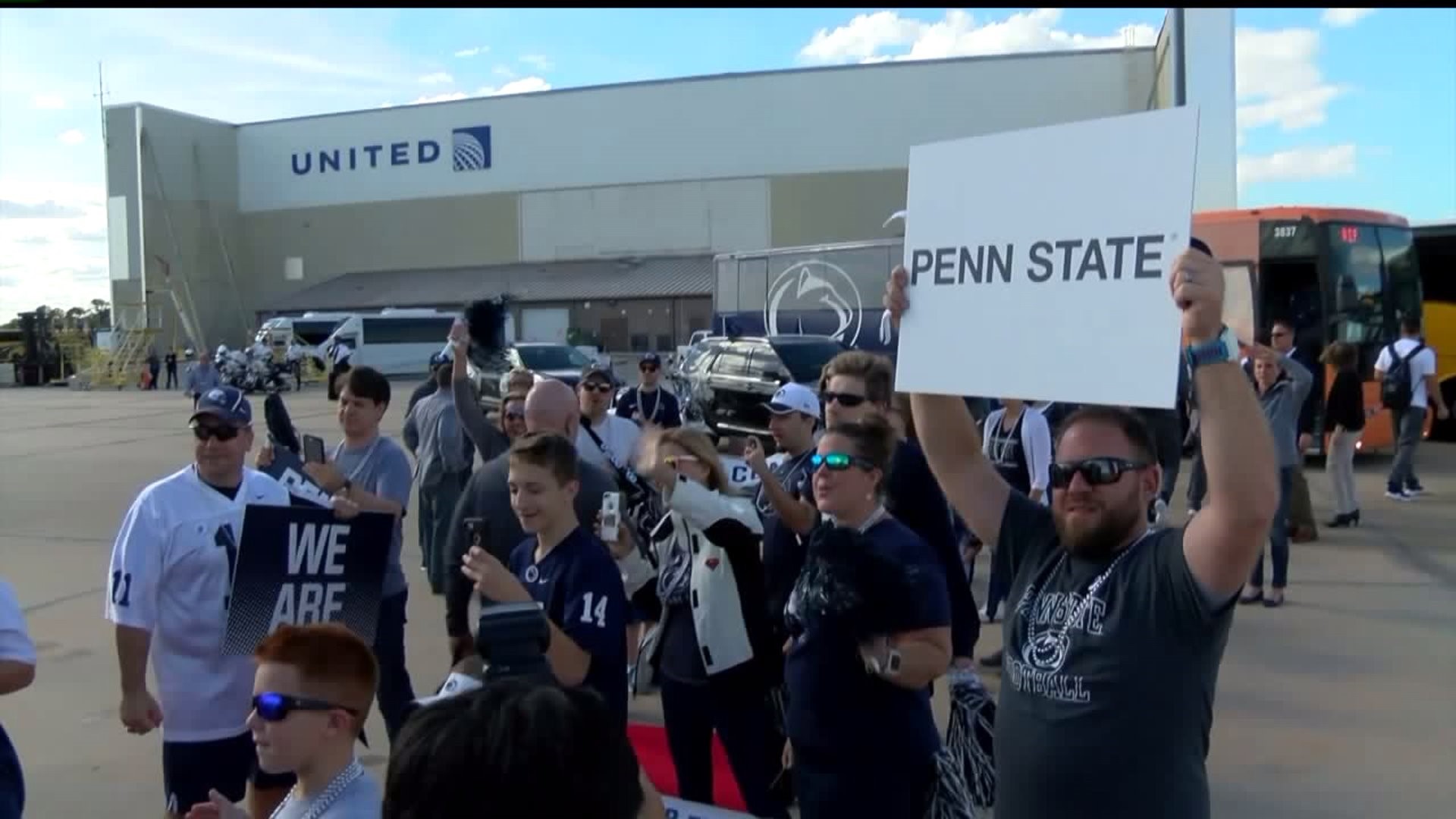 ORLANDO, Fla. -- The Florida Citrus Bowl Parade kicked off the final weekend of 2018 Saturday morning. Blue and white fans arrived in Orlando to enjoy some time in Florida before the game on New Year's Day.

Fans are encouraged to wear white at Camping World Stadium. The University of Kentucky should have a strong turnout as well.

The teams are resting and preparing in Pointe Orlando. The area is filled with great restaurants, live music and plenty of games to play that have nothing to do with football.  That's where Todd Sadowski and Andrew Kalistawere able to catch up to the players for a couple of hours at a place called Main Event Entertainment.

The complex is a good spot for 18- to 23-year-olds to cut loose and have some fun away from the field. Even the coaches were able to get in on the action.
While Governor Mifflin graduate Jan Johnson fired one down the bowling lane, Camp Hill's Zack Kuntz was calling corner pocket on the pool table. More competition and more memories in Orlando.

"Everyone in Orlando knows that the bowl games are here, and it's just a chance for Orlando itself to get our name out there, show people how great it is here, and everything that we have to offer," said Noel Powell, of Florida Citrus Sports.

It was a mostly informal atmosphere so far for the events. This morning, however, Penn State held a formal press conference, with a chance to talk with offensive coordinator Ricky Rahne, quarterback Trace McSorley, defensive coordinator Brent Pry and safety Nick Scott.

At the press conference, the trophy was on display along with a spectacular bowl of citrus fruit. Bowl weeks are always special.

"It's a reward," said Pry. "And our guys have worked very hard. Our coaches have worked very hard—the entire staff, trainers, managers—and to come to Orlando and have such great hosts and have a great opponent in Kentucky, it's what you hope at the end of the season, to have an opportunity to like this. So far, so good. We'll see how this thing plays out."

We're going to find out soon how it plays out, as the game is coming up quickly. Andrew Kalista is down in Orlando with a report on how the Nittany Lions stay balanced with their schedule.

The delicate balance between business and pleasure is always a dilemma during bowl season. The blue and white have enjoyed a relaxed atmosphere up to this point in Orlando. As we get closer to kickoff, its time to sharpen the claws for the Wildcats.

So far, it's been all fun and games at Best Buy and amusement parks. The time for fun is nearly over, and Penn State doesn't see any problem in flipping on the serious switch.

"Our coaches do a really good job of telling us when being on a trip like this [to appreciate] just being in the moment," said McSorley. "When you are at Universal or any of the other trips that we've done, you enjoy having the free time with your teammates."

"Everybody prepares a little bit differently, but the way I see it as the week progresses and it goes on, I always want to be more and more locked in with my preparation," said Scott.

The ability to turn on a laser focus comes from the structured nature that the lions go through over the course of their season. And that focus has made the trip south to Orlando, a fact not lost on the coaches or team leaders.

"I've been very impressed with the practice we had yesterday," said Pry. "[It] was as intense and focused as we've had."

"This is a business trip," said McSorley. "At the end of the day, you're coming to play and win a football game."

That is the goal. A win gives the Nittany Lions their third straight 10 win season, and I am told double digits looks good in blue and white.

Kickoff for the Citrus Bowl is on New Year's day at 1 p.m.