ORLANDO — If you like the theater and sports, Penn State might be the team for you. Win or lose, they seem to have a knack for high drama and thrilling mo... 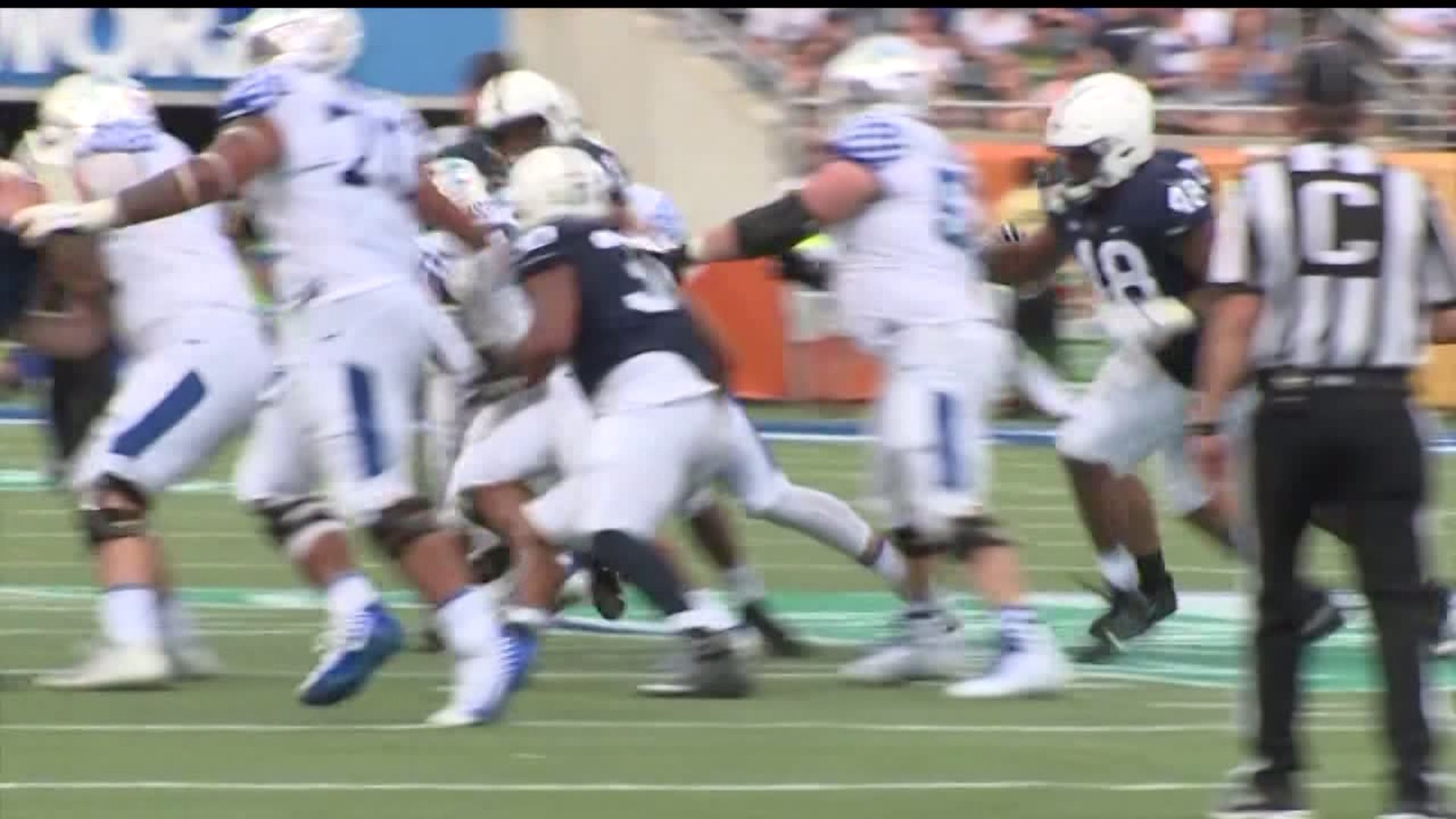 ORLANDO -- If you like the theater and sports, Penn State might be the team for you. Win or lose, they seem to have a knack for high drama and thrilling momentum swings.

Unfortunately, the villain came out on top in this Citrus Bowl production.

The good guys poured onto the field at Camping World Stadium as favorites -- the better blue team if you will.

Apparently, the players on special teams didn't read the script as a failed fake punt led to the first three points for Kentucky. The Wildcats then made it 10-0 with a 58-yard punt return from Lynn Bowden.

But thanks to a Trace McSorley connection with Nick Bowers, the Nittany Lions trailed Kentucky 10-7 at the break.

Act two after halftime: the Penn State offense sputtered as senior quarterback McSorley exited the game, only briefly though, because of a broken foot.

One of the villains, and ultimately the bowl game's MVP, junior Benny Snell extended the Kentucky advantage which led to 17 unanswered points in the third quarter for a 27-7 lead.

A blowout is imminent, right? Wrong.

McSorley entered the game to lead a furious fourth quarter charge: a touchdown pass, a short one-yard scamper himself and a field goal to put the team within three, 27-24.

But the comeback attempt failed as Snell -- who finished with 26 carries for 144 yards and two touchdowns -- killed the final four minutes of the clock with powerful runs that resulted in two first downs.