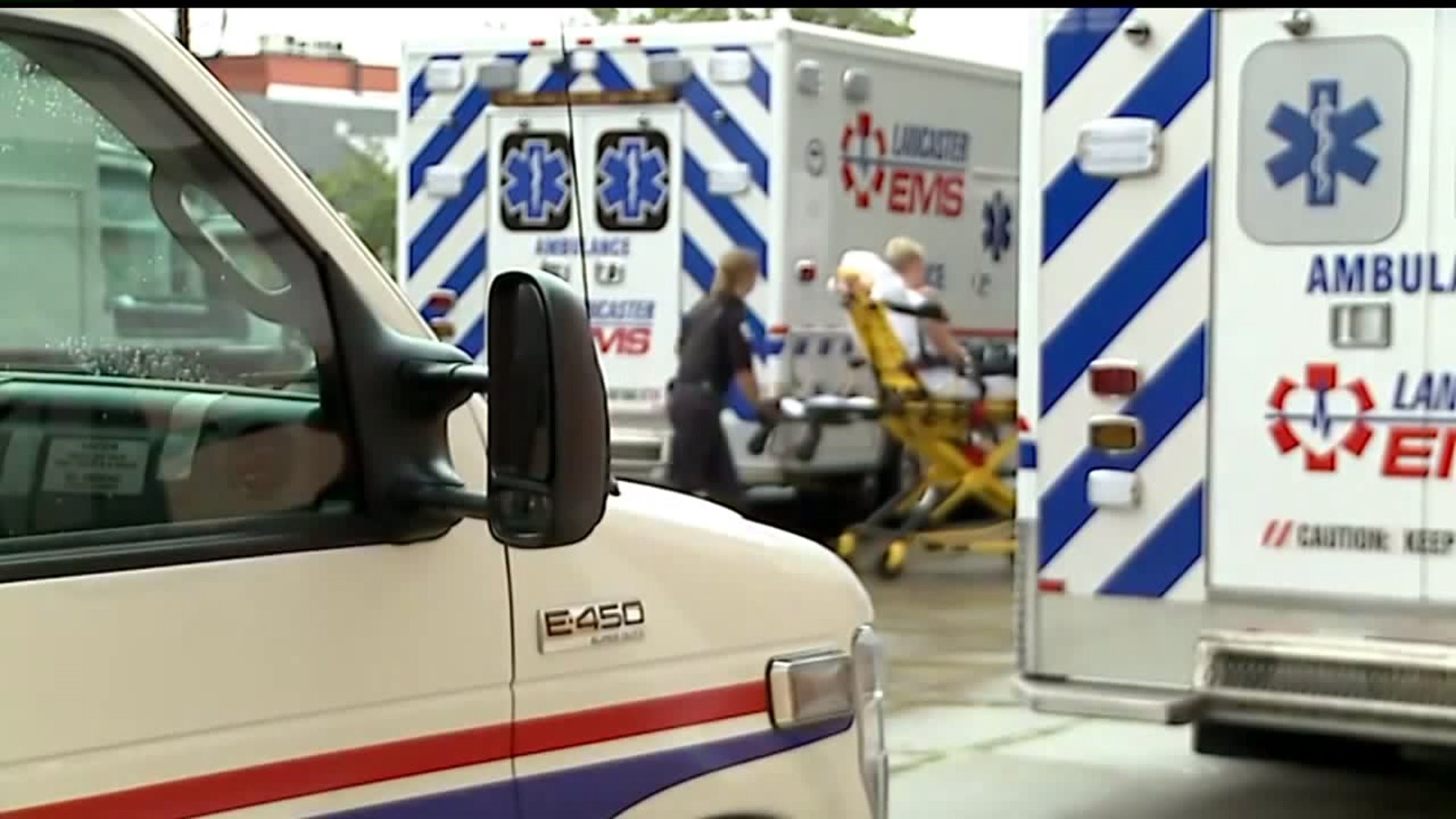 Governor Tom Wolf recently declared the epidemic a disaster in the the state, and issued a directive to take emergency action.

The Pennsylvania Emergency Management Agency also known as PEMA, where officials are experienced in handling statewide disasters, is overseeing the effort.

Already familiar with responding to natural disasters, PEMA headquarters has become a command center for a man-made disaster, the opioid epidemic.

"There are daily coordination calls with the ten agencies directly involved in the declaration, which gives us an opportunity to quickly identify resource needs,and fulfill them. Together, we're developing tools to collect data that will bolster the state's response to the epidemic," Barishansky said.

Officials from the ten state agencies are working together on 13 initiatives declared by Governor Wolf in the fight against the opioid epidemic.

Acting Health Secretary Dr. Rachel Levine said "this has really been a unique effort to bring together all of these state agencies, so we have our health and human service agencies, but now we also have public safety with PEMA, and we have law enforcement."

"It really is a unique collaboration with our weekly meeting here, and then our daily phone calls," Dr. Levine said.

"The first tool in development is guidance for healthcare providers and hospitals on how to diagnose neonatal abstinence syndrome, and methods to report it," Barishansky said.

"The Department of Health is also working with EMS agencies and authorities to develop reporting methods for overdoses, and how to identify when the overdose is opioid related versus related to other drugs," Barishansky added.

They're also working on what EMS workers can do while responding to drug overdose calls.

"They asked us if they could leave behind naloxone. Because of different regulations and laws regarding the dispensing of medicine, we could not say that they could do that, and so this allowed us to wave that," Dr. Levine said.

It's just one result from a two-week report card on how things are going at the command center so far.

"This really gives us an opportunity through the Governor's disaster declaration, to take all of those different initiatives, all those different agencies and put it under one roof. And really look at what we're doing, look at data collection, try to figure out the numbers, what's working and what's not working," Barishansky said.

With more than 300 calls per week, officials believe an improved opioid crisis helpline is part of their effort that's already working.

Acting Deputy Secretary of the Department of Drug and Alcohol Programs Ellen DiDomenico said "it is not just a number that says 'here's another number to call, here's a place where you might want to check in,' it is actually a physically directed connection, through the phone to a treatment person who can intervene."

Meanwhile, officials in Philadelphia are discussing taking matters into their own hands with 'safe injection sites' where drug users could take opioids under supervision. The hope would be to prevent overdoses.

"Certainly we know the importance of harm reduction and the importance of trying to deal with the epidemic in many ways, but we don't really have in terms of the Wolf administration a specific comment about the safe injection sites," Dr. Levine said.