Machinists at Precision Custom Components, in York, continue to take a stand for better benefits. The strike’s been ongoing for a month now, and it’... 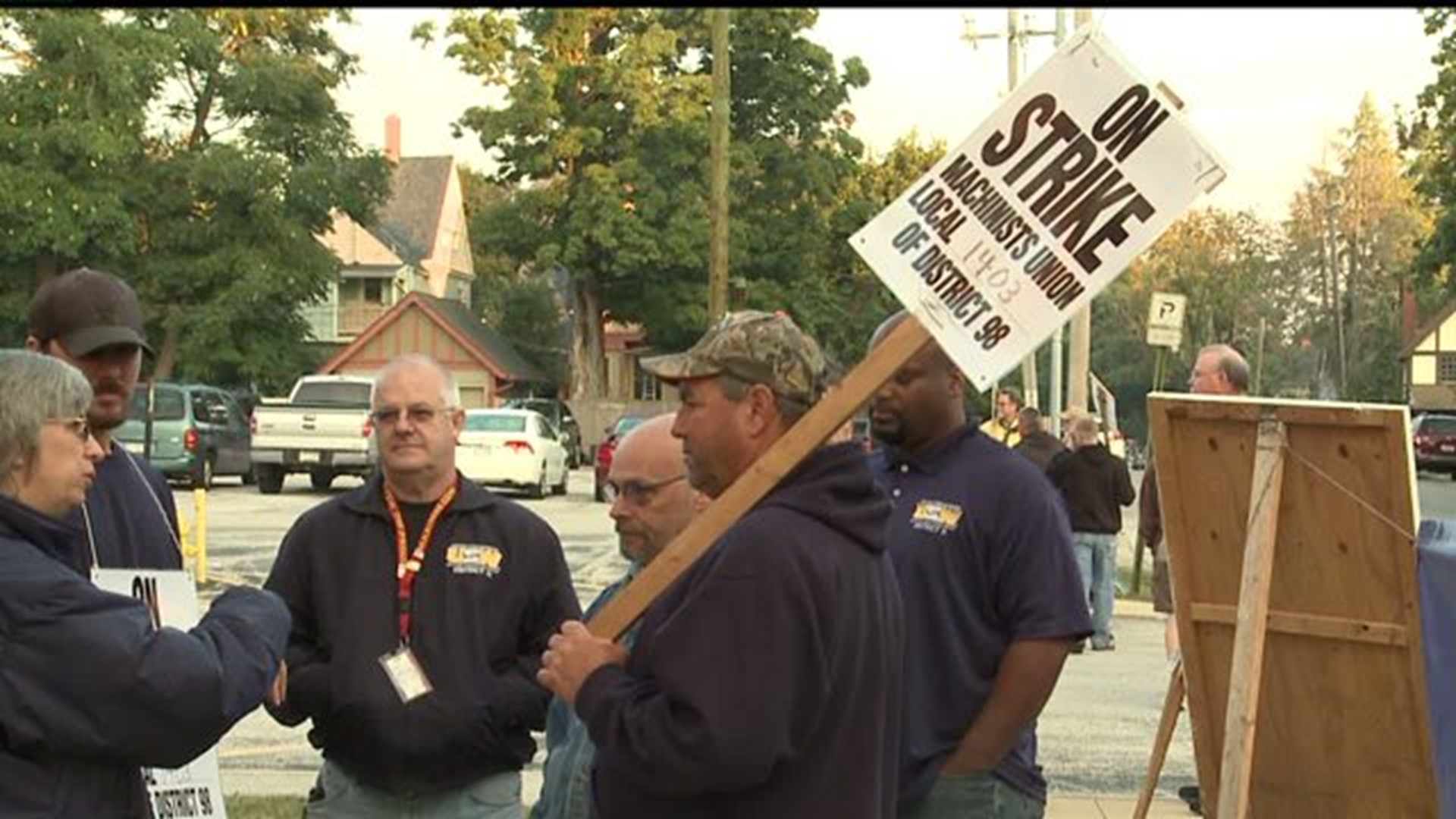 Machinists at Precision Custom Components, in York, continue to take a stand for better benefits. The strike's been ongoing for a month now, and it's gaining support from other local labor unions.

Machine operator, Earl Shue, is the president of the local union, International Association of Machinists. He says his workers aren't giving into the company's proposed health insurance plans.

Shue says the package also impacts those who have motorized vehicles, like motorcycles.

He says, "They limit your coverage to $50,000 per accident and that includes if you're a passenger."

Neil Bailey supports the strike. He doesn't work for PCC. He's the president of another union, the local United Steel Workers, and he's also on the line.

Bailey says, "Companies need to sit back and take stock of what they're trying to do. Not only to local workers, its workers look at the middle class, we need jobs. They need jobs, they can't run this company without us."

Shue says he appreciates the support. Support from other unions is about all the machinists have until negotiations are made. Meantime, an entire community may be at a loss.

Bailey says, "These people aren't making money to go eat the restaurants, go by from stores, it affects everyone."

Union leaders say PCC managers are not negotiating with them. FOX 43 reached out to the company and we haven't received a response.