GETTYSBURG, Pa. – The National Park Service is preparing for demonstrations on Saturday in spite of a statement by the group allegedly at the center of th... 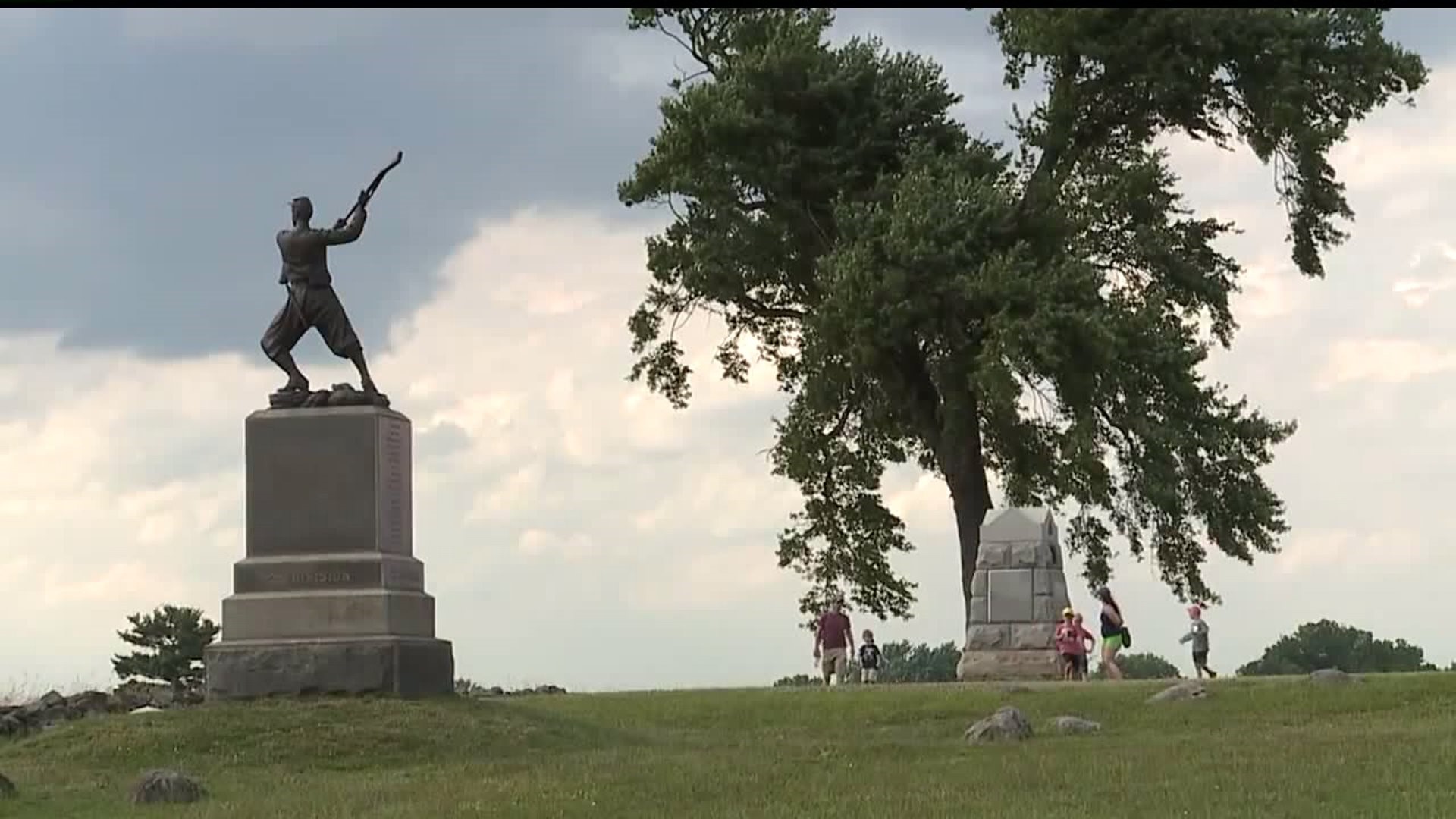 GETTYSBURG, Pa. - The National Park Service is preparing for demonstrations on Saturday in spite of a statement by the group allegedly at the center of the controversy that they will not participate.

Social media chatter in the last few weeks centered around claims that an anti-fascist or 'Antifa' group would desecrate graves and monuments as well as burning Confederate flags at Gettysburg National Military Park this weekend. As a result, four pro-Confederate groups requested permits with the Park Service to hold counter-demonstrations.

"There has been a lot of social media about this, a lot of rumors," said Katie Lawhon with the Park Service. "We'll do our very best to accommodate anyone who comes here and wants to use their First Amendment rights."

No permit for an 'Antifa' group was ever issued, Lawhon said. That's because Central PA Antifa, which is the group many alleged to be behind the threat of unrest, was not involved at all, the group said.

The group issued the following statement to FOX43:

The rumored event in Gettysburg this Saturday is a complete fabrication. No Antifa groups have planned a rally there that day. Instead we have planned to participate in the anti-Trump demonstration in Philadelphia, along with many other Antifa and anti-racist groups in PA and surrounding areas. Further, we have traced the rumor back to a Facebook page for a fake Antifa group calling themselves Harrisburg Antifa. This page is not run by antifascists but by alt-right trolls attempting to discredit Antifa, create confusion, and attempt to stir violence. Central PA Antifa does not condone the desecration of graves. In particular we would never damage the historical value of Gettysburg, a site of great historical importance in the struggle against oppression. That battle was a turning point in the war that eventually lead to the freeing of millions of slaves. The Confederacy and their ideology were dealt a resounding defeat at that battle, as fascism itself will one day be defeated by the will of all people to be free from oppression.

Visitors to the park had heard about the threats of unrest, but were not deterred from visiting the park this weekend.

"I hope that's all it was," Joe Dumic of Allegheny County said about the threats. "It would be a shame if they did come out here and destroy monuments."

"It happened a hundred fifty years ago, what do you have to protest?"  said Mark Gagermeier of York County. "It's history. It's the past."

Nevertheless, the Park Service is making preparations in case anything happens. It called upon additional federal law enforcement from Washington, D.C. for an increased presence this weekend.

"We are making plans to make sure that happens smoothly, while maintaining public safety and also preserving park resources," Lawhon said.

Although the 'antifa' presence is believed to be a hoax, there is no indication that the counter-protests will be canceled.