In recent years, more veterans have committed suicide each year here in the United States than have died in combat overseas. Mike Whiter, who served in Iraq abo... 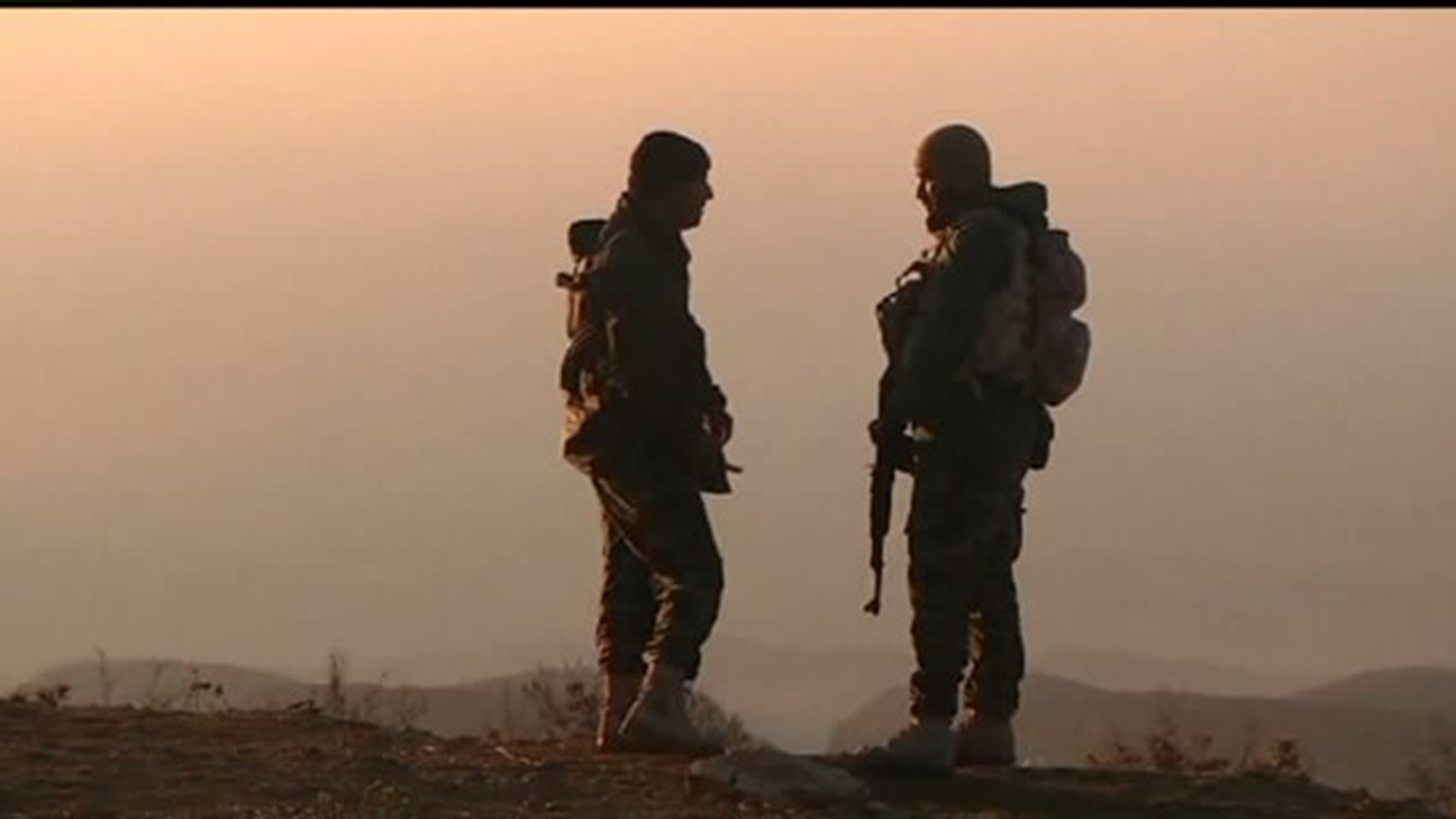 In recent years, more veterans have committed suicide each year here in the United States than have died in combat overseas.

Mike Whiter, who served in Iraq about a decade ago, is aiming to change that.

"For like five years, I wouldn't leave my house. I was so messed up on pills and kind of afraid. I was just in a bad place," Whiter said.

He was in the second wave of soldiers who went to Iraq. Not long after he came home to Philadelphia in 2005, he started experiencing PTSD and was prescribed a lot of medication.

"The amount of pills that they give the veterans that come home is just unacceptable. Forty medications over five years is what I was on," he said.

He says none of them seemed to help. They only made things worse.

"I was put on the seventh floor in the psych ward at the VA hospital three separate times for 30 days each time for overdosing on the pills," he recalled. "I was essentially trying to kill myself. I didn't want to live anymore. I hated my life the way it was."

His experiences became the inspiration for his new photography project. It's called "Operation Overmed."

Whiter says it wasn't until he started using marijuana that he felt like he started getting his life back under control.

A recent report by the Government Accountability Office raised several concerns about how much medication VA doctors are prescribing. (Click here to view the report.)

The investigators tracked veterans who'd been diagnosed with major depressive disorder and prescribed antidepressants. They include veterans who received care at the Philadelphia VA Medical Center where Mike Whiter was treated.

The investigators found almost all the veterans whose cases they tracked were not assessed properly. One-third of them didn't receive follow up within the recommended time frame. Further, they found the VA doesn't know the extent to which medical centers are taking steps "to mitigate potentially significant risks to veterans."

"I think it's going to take a lot of people making a lot of noise," said Whiter.

There was some noise at a Congressional hearing last month. Dr. Carolyn Clancy, interim undersecretary for health at the VA, was testifying about this issue.

Rep. Beto O'Rourke (D-TX) said to her, "I want your commitment that you're going to work with me to resolve this, that it is a crisis for you, that it is urgent for you, and that we're going to turn this around."

She responded, "You have my full commitment."

A man watching the hearing yelled, "That's not enough! We see nothing! you can't even answer..." The man was told he was out of order and to stop talking.

Dr. Clancy pointed to steps the VA already has taken to reduce the number of patients using opioids, but she also pointed out the number of veterans receiving specialized mental health treatment has gone up significantly, from 927,0000 in 2006... to more than 1.5 million last year.

"We acknowledge up front that we have more work to do to reduce opioid use, meet the increasing demands for mental health care and prevent suicides. and, we've taken significant action to improve these areas in order to better serve veterans," said Clancy.

The Veterans of Foreign Wars is one of several groups trying to curb suicides as well.

"We've got to continue to explore new avenues of treatment until we're successful. We cannot stop," said John Biedrzycki, senior vice commander-in-chief with the VFW.

That's why Mike has been so encouraged by the response he's received so far.

"I wasn't expecting this to go viral. and then, my photograph went viral and a bunch of other vets started hitting me up and contacting me and wanting to be a part of it," he said.

His goal: get this country to a place where fewer veterans have to go through what he did.

He said, "I was so overmedicated that I would slur my speech. my dad would come to my house and I would be foaming at the mouth because I took too many barbiturate pain killers that they gave me for migraines. It was just bad. It was so bad. I was in such a bad place, and I'm not there anymore. And, I want to help other veterans get to where I am now."

Even though some states have legalized medical marijuana, the federal government hasn't. That means doctors at the VA can't talk about potential benefits of it with patients. Some federal lawmakers are pushing to reclassify the drug to allow for more scientific research of it.