HARRISBURG, Pa. – In response to what many describe as crippling student loan debt, the Pennsylvania Department of Treasury, with the help of the General ... 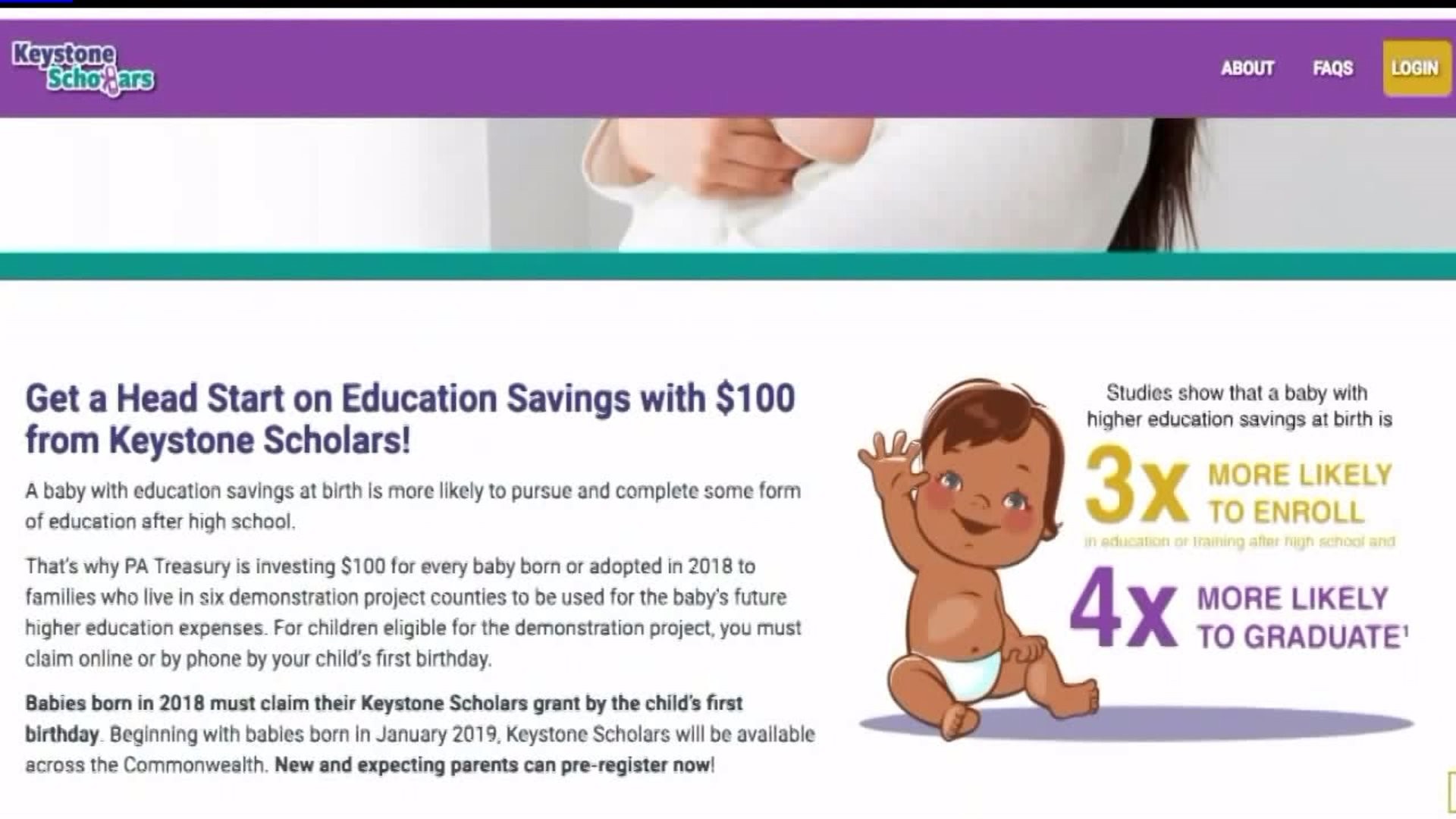 HARRISBURG, Pa. - In response to what many describe as crippling student loan debt, the Pennsylvania Department of Treasury, with the help of the General Assembly, has created the Keystone Scholars Program.

"It's a $100 dollar deposit at birth or adoption into a 529 college savings account," said Pennsylvania Treasurer Joe Torsella.

"Interestingly, it doesn't seem to matter how much is in the account," said Torsella. "It can even be a modest amount but it's sort of a way of changing early expectations and introducing into that young person's life of some education after high school."

Without a dime of taxpayer money, the program is funded through investment earnings and philanthropic gifts and donations. The program also aims to encourage parents to put what they can towards their child's account.

"If a family puts aside a little bit of money, $25 dollars a month," said Torsella. "By the time that child reaches high school graduation that young man or woman would have more than $10,000 which is a pretty serious dent."

"What this is really about is saying, 'We are one Pennsylvania and we are here to have each other's backs,'" said Torsella.

More information on the Keystone Scholars Program can be found here.