HARRISBURG, Pa. — The management of Chronic Wasting Disease, or CWD, has been a conversation since it was first found on an Adams County deer farm in 2012... 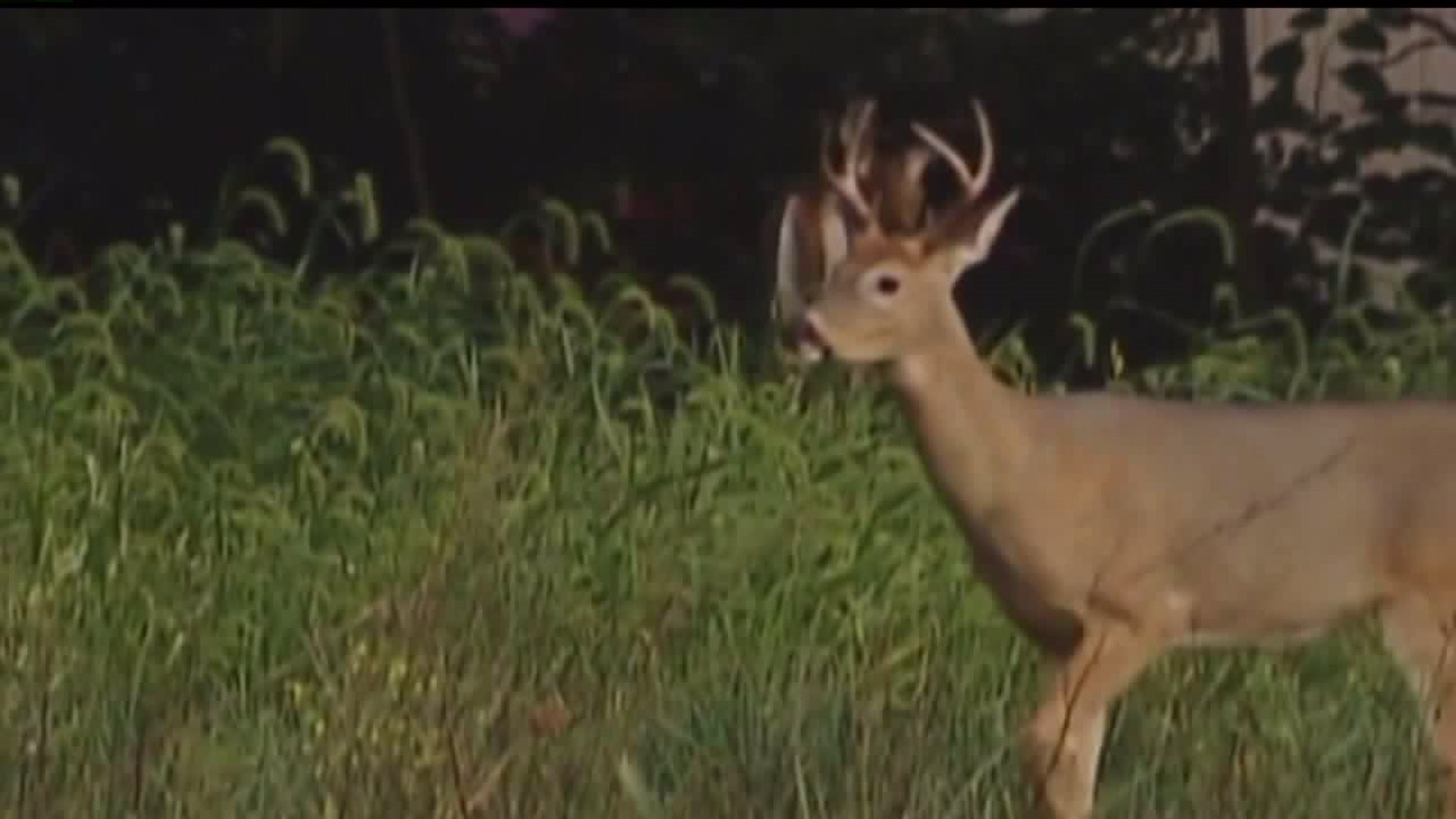 HARRISBURG, Pa. --- The management of Chronic Wasting Disease, or CWD, has been a conversation since it was first found on an Adams County deer farm in 2012.

CWD is an always fatal brain disease found in deer and elk.

Since, animals found with the disease have been found in Jefferson, Clearfield and Lancaster counties.

According to the Pennsylvania Game Commission, the disease is believed to be caused by "an abnormal prion," or misfolded proteins, that attack the nervous system.

The Unified Sportsmen of Pennsylvania believe the cause is something else.

In partnership with Dr. Frank Bastian from Louisiana State University, they group says research points to the cause of CWD coming from a "previously unknown bacteria" called Spiroplasma.

JOHN EVELAND/UNIFIED SPORTSMEN OF PENNSYLVANIA: “We now are set on a path to end this disease and pending nightmare in Pennsylvania, across America and throughout the world," said John Eveland with the Unified Sportsmen of Pennsylvania.

They're putting together a fundraiser seeking $100,000 for each of the next three years to bolster a research plan:

1. Create CWD field testing kits for hunters in the wild
2. Create an antibiotic vaccine for deer and elk
3. Create an oral or nasal spray for animals in the wild.

Following their announcement, the Pennsylvania Game Commission and Department of Agriculture issued a statement, saying in part they "would like to make clear that decades of research have provided abundant evidence that prions, or misfolded proteins, are the infectious agent of CWD, and this hypothesis is accepted by state agriculture and wildlife agencies across the U.S. While alternative theories exist, they have not been thoroughly researched. Meanwhile, CWD remains a serious threat to Pennsylvania’s deer and deer hunting..."

Ron Rinier, a sportsman from Lancaster, said he believes changing the focus of CWD to a different theory will help the unsolved problem.

“I believe we’re going in the right direction. Something’s got to be done...nothing has been done in the 15-20 years by the game commission," said Rinier, a member of the Unified Sportsmen of Pennsylvania.

According to the game commission's website, surveillance of CWD and other diseases started in Pennsylvania in 1998.

When an animal is found with a confirmed case of CWD, the game commission establishes "Disease Management Areas," or DMAs, that serve as quarantine zones for a given radius around the confirmed case.

Dave Houser, a licensed taxidermist in Perry County, said he believes a statewide management zone would present a more accurate picture of CWD in the commonwealth.

He cited concerns with inaccurate or fabricated deer tags that lead to the establishment of unnecessary or misplaced DMAs that put a burden on county lines.

However, Houser believes the CWD situation should take a natural course of action do to its long history in the U.S.

“I think it’s just blown out of proportion, I really do. I don’t see it as being as big an issue as they’re making it," said Houser.

The game commission says areas where CWD exists show deer and elk with the disease with "increasing regularity."

“By intensively monitoring for CWD statewide and acting to limit the disease’s spread where it exists, the Game Commission remains committed to fighting CWD and protecting the hunting opportunity our largely healthy and abundant deer herd provide,” said Game Commission Bureau of Wildlife Management Director Matthew Schnupp. “Through ongoing research, our options for best managing CWD might someday expand, and we will always incorporate the best available science in our disease response,” said Matthew Schnupp, director of the Game Commission Bureau of Wildlife Management, in a statement.