HARRISBURG, Pa. — For the ninth and final time, members of the Pennsylvania Redistricting Reform Commission gauged voters on what to do about the congress... 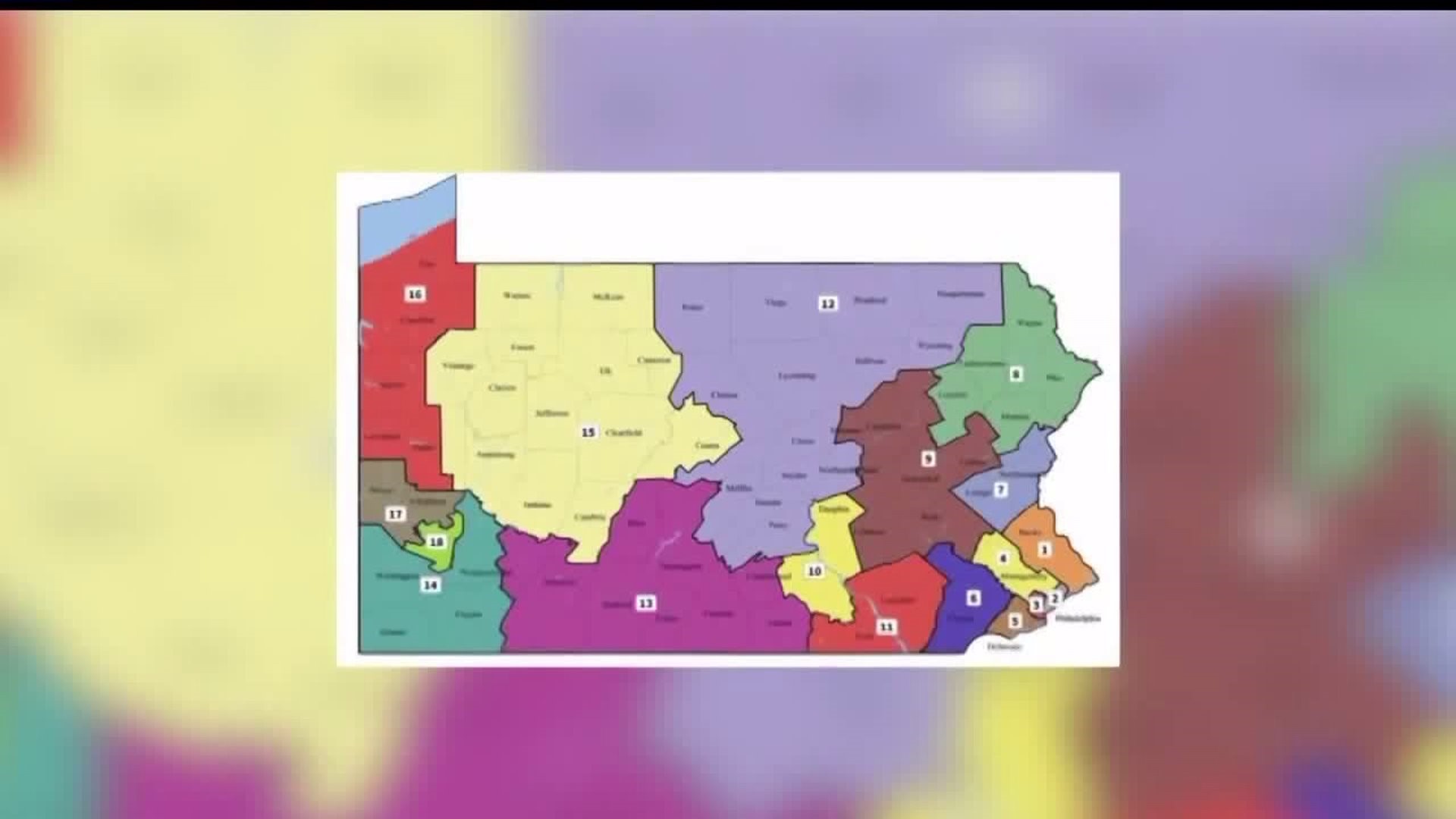 HARRISBURG, Pa. --- For the ninth and final time, members of the Pennsylvania Redistricting Reform Commission gauged voters on what to do about the congressional maps?

Now, they prepare to take their responses to reach recommendations on reform for Governor Tom Wolf and the General Assembly.

David Thornburgh, the chair of the commission, said there's has been on common theme from all nine of their meetings.

It was upheld by the U.S. Supreme Court when state Republicans challenged it in court.

The state Redistricting Reform Commission was adopted by an executive order from Governor Wolf, tasked with taking suggestions for non-partisan reforms for the map-making process.

Thornburgh said he hopes voters trust the commission to "do their best" to come up with meaningful recommendations for reform.

“We’re all doing this as volunteers. We do this because we care about the commonwealth. We’re going to do our best to iron out our own differences, maybe as a model for the kind of process we ought to have going forward," said Thornburgh.

The meeting focused on three questions:

Who should be drawing, modifying and approving the congressional maps? What is the criteria for drawing the maps? How can the process be transparent and engaging to the public?

Thornburgh said people who have attended the meetings have expressed a distrust in the "broken" current system.

Jean Handley of Susquehanna Township, Dauphin County, who also volunteers with a redistricting reform organization called 'Fair Districts PA,' said the issue should be important to all voters.

“I don’t care what you’re main issue might be. Whether it be taxation or whether it be fracking or whatever, if you don’t solve the problem of gerrymandering, where legislators draw their own districts to keep safe districts, you’re not going to solve anything because nothing gets done," said Handley.

Suggestions presented by a number of panelists and attendees in the meeting Wednesday evening included: Engaging diverse communities, preventing geographic anomalies in districts, creating more competitive elections, and establishing an independent citizens redistricting commission that takes lawmakers out of the process.

“Hopefully the governor will be able to make those recommendations and the legislators will listen to it. That’s the key, they have to listen," said Handley.

The state Redistricting Reform Commission will now assess what they've heard in these nine public meetings and submit a report on recommendations.

Thornburgh said they're on track to meet their deadline, which he said is the beginning of September for Labor Day.