LOWER ALLEN TWP., Pa. – About 2 hundred inmates at SCI Camp Hill met with members of the state parole board and other leaders Friday to have a conversatio... 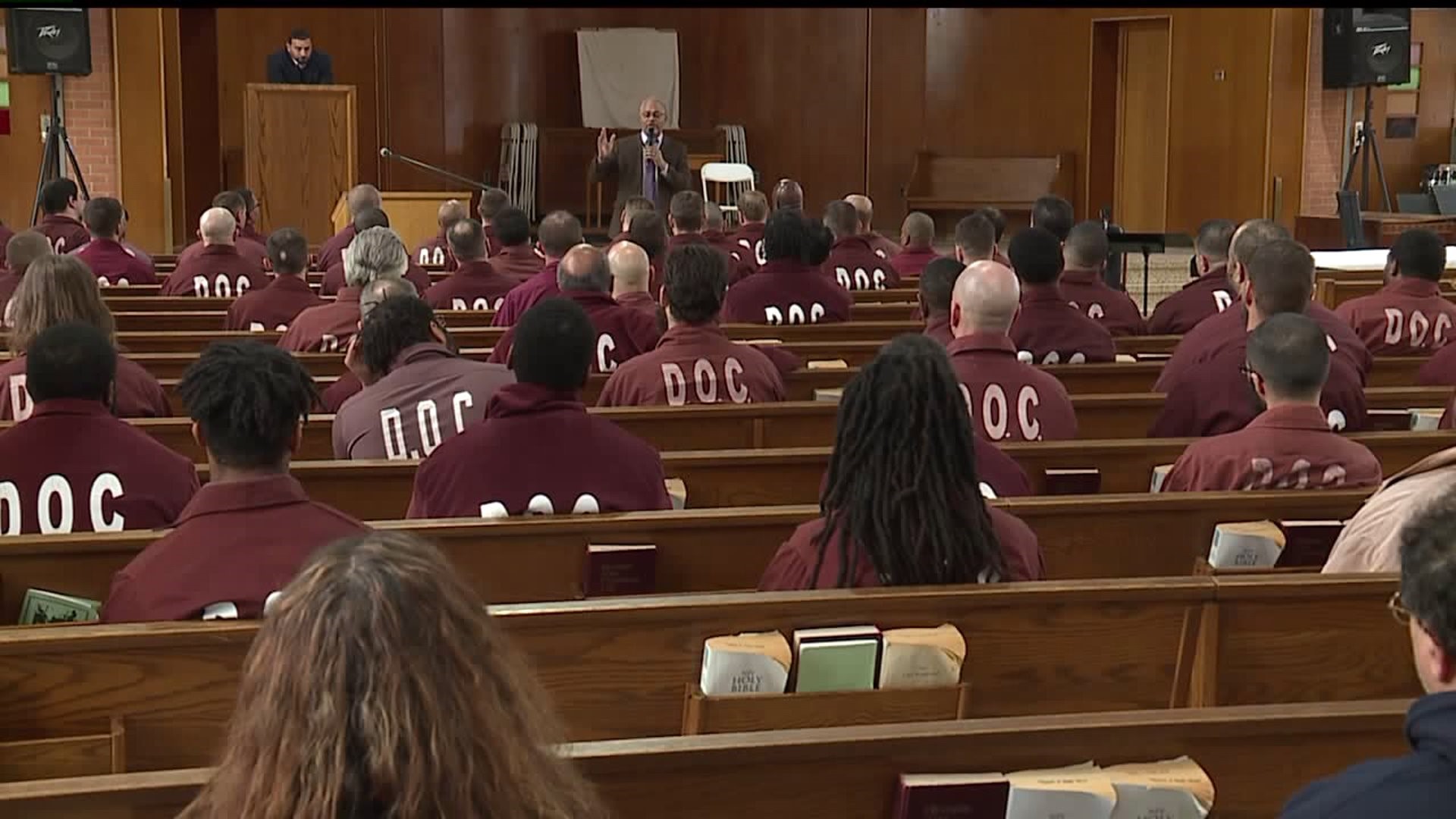 LOWER ALLEN TWP., Pa. - About 2 hundred inmates at SCI Camp Hill met with members of the state parole board and other leaders Friday to have a conversation about how to re-integrate into society.

The board says it has a 58 percent success rate of parolees who do not end up back in prison.

They say it's critical that number goes up to break the cycle of broken homes in Pennsylvania.

"It's all about the safety of the community, are there going to be safe upon release to the community," said Leo Dunn, chairman of the Board of Probation and Parole. "We want to make sure that we have got everything planned out together for them, so that as they go back out, they can do it in a positive manner."

Parole board officials say it's important that the top leaders engage with inmates.

They say it's a task they used to leave to parole agents, but the hope is by having top brass talk to inmates, those inmates will take the process more seriously.

"You guys have started your re-entry process because guess what? You weren't the only ones invited to this," said Luis Rosa, deputy secretary of re-entry. "We invited more of you and the other half is still missing."

The inmates involved are all within one to two years of having a hearing to determine whether they should be eligible for parole.

Parole officials talked to the inmates about how they should approach that hearing to show that they have reformed and will not re-offend.

"You think that the idea of being incarcerated is at the end of my time of my incarceration, I don't have to do anything anymore, I'm just going to go home to my family, uh-uh, you're going to be on parole," board member Everett Gillison told the inmates. "That means you have to do and abide by the conditions we put on you."

Parole board officials tell the inmates that typically the most successful parolees are the ones who have a plan for what happens when they re-integrate back into society.

They also want those inmates to know that they don't have to go through this process alone.