HARRISBURG, Pa. — A bill which could change the landscape of how fantasy sports are played in Pennsylvania could be discussed in a House of Representative... 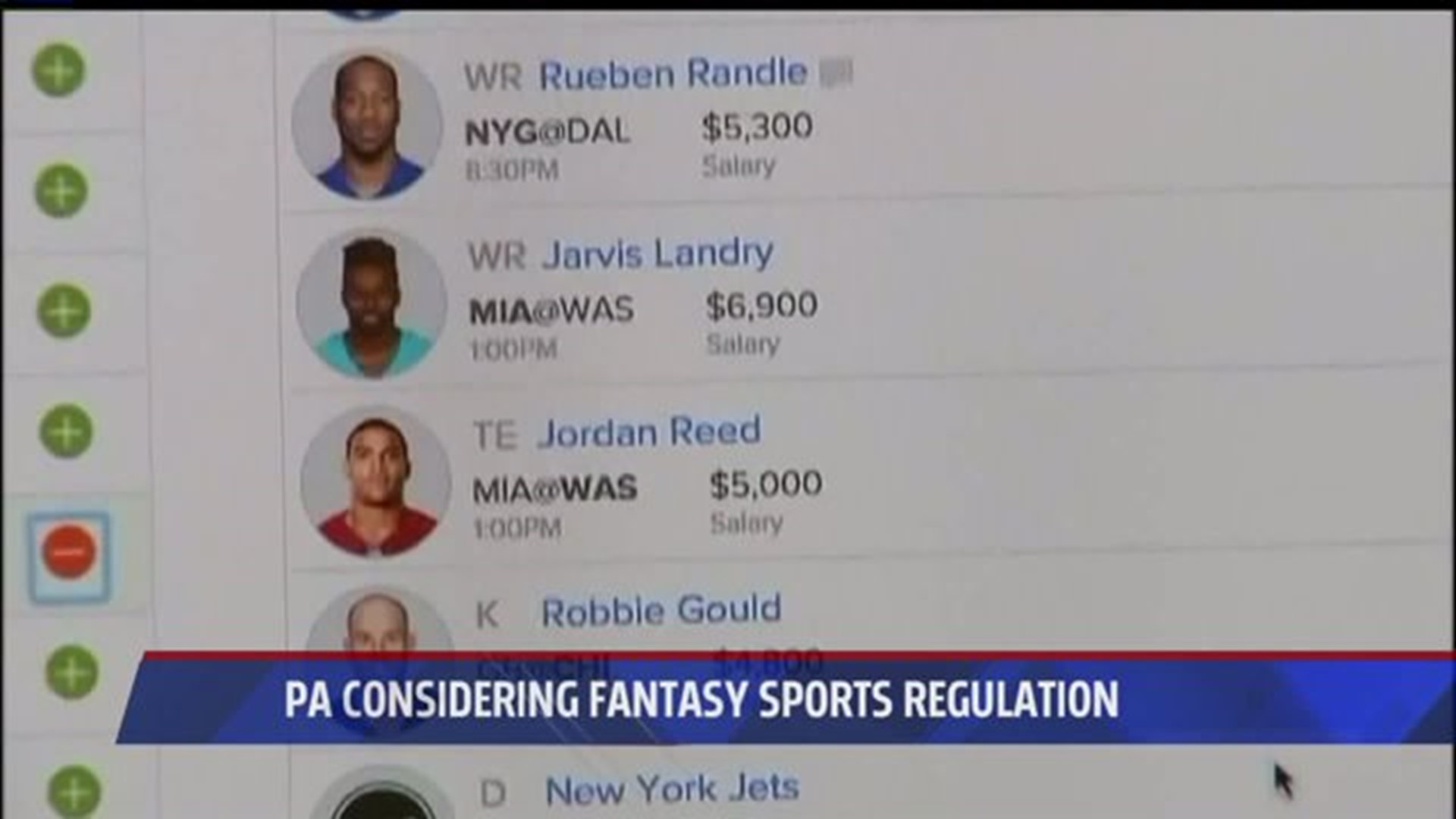 HARRISBURG, Pa. -- A bill which could change the landscape of how fantasy sports are played in Pennsylvania could be discussed in a House of Representatives committee hearing this week.

Dunbar's proposal comes as an amendment to a bill which was originally introduced in May. Then, the legislation was designed to allow state-run casinos, such as Hollywood Casino in East Hanover Twp., Dauphin County, to offer fantasy sports as an extra amenity to customers.

"Now that (fantasy sports) has exploded," Dunbar says, "It's evident we need to do something more. It's an industry which needs to be regulated."

Dunbar's amendment is expected to be considered Wednesday by the House Gaming Oversight Committee.

Daily fantasy sports websites are expected to generate $2.6 billion in entry fees in 2015 and soar past $14 billion in 2020, according to gambling industry analyst Eilers Research.

"You're not going to get that large and that big without government trying to get involved in the process as well and making sure everyone is taken care of," Dunbar said.

Currently, daily fantasy sports websites, including DraftKings and FanDuel, are banned in six states, including Nevada, until they are able to obtain a gaming license. Fantasy sports have been protected and not considered as gambling since passage of the Unlawful Internet Gambling Enforcement Act of 2006.

"It is gambling. It is gaming," Dunbar said. "It is a game of skill, I won't argue that, but it is gaming, and in Pennsylvania, gaming is regulated under the Gaming Control Board."

Dunbar says he has had preliminary talks with representatives from DraftKings and FanDuel to gauge their interest. His plan would allow state regulators to ensure daily fantasy websites are following underage guidelines and have protection for compulsive gamblers. The increased attendance at Pennsylvania's casinos could also create a revenue boom, Dunbar says, although it wouldn't be enough to solve the state's current budgetary crisis. His hope, he adds, is the legislation could be coupled with a bill which would legalize internet-based gambling in the state. That way, daily fantasy sports users could log onto the casino's website and be connected to their tournament rather than having to travel to the casino.

"There is some fear (daily fantasy) could be shut down completely," Dunbar said. "So it might behoove them to partner with the commonwealth. They're legal right now, but we can help find them a long term legal standing."

In the wake of multiple states ordering the cease of daily fantasy website operations, FanDuel has started an online petition in the hopes of remaining unregulated.

Spokespeople at both FanDuel and DraftKings did not return phone calls Monday.