HARRISBURG, Pa. — A state house committee takes a look at the Lieutenant Governor’s expense reports, and is questioning his spending habits. It also... 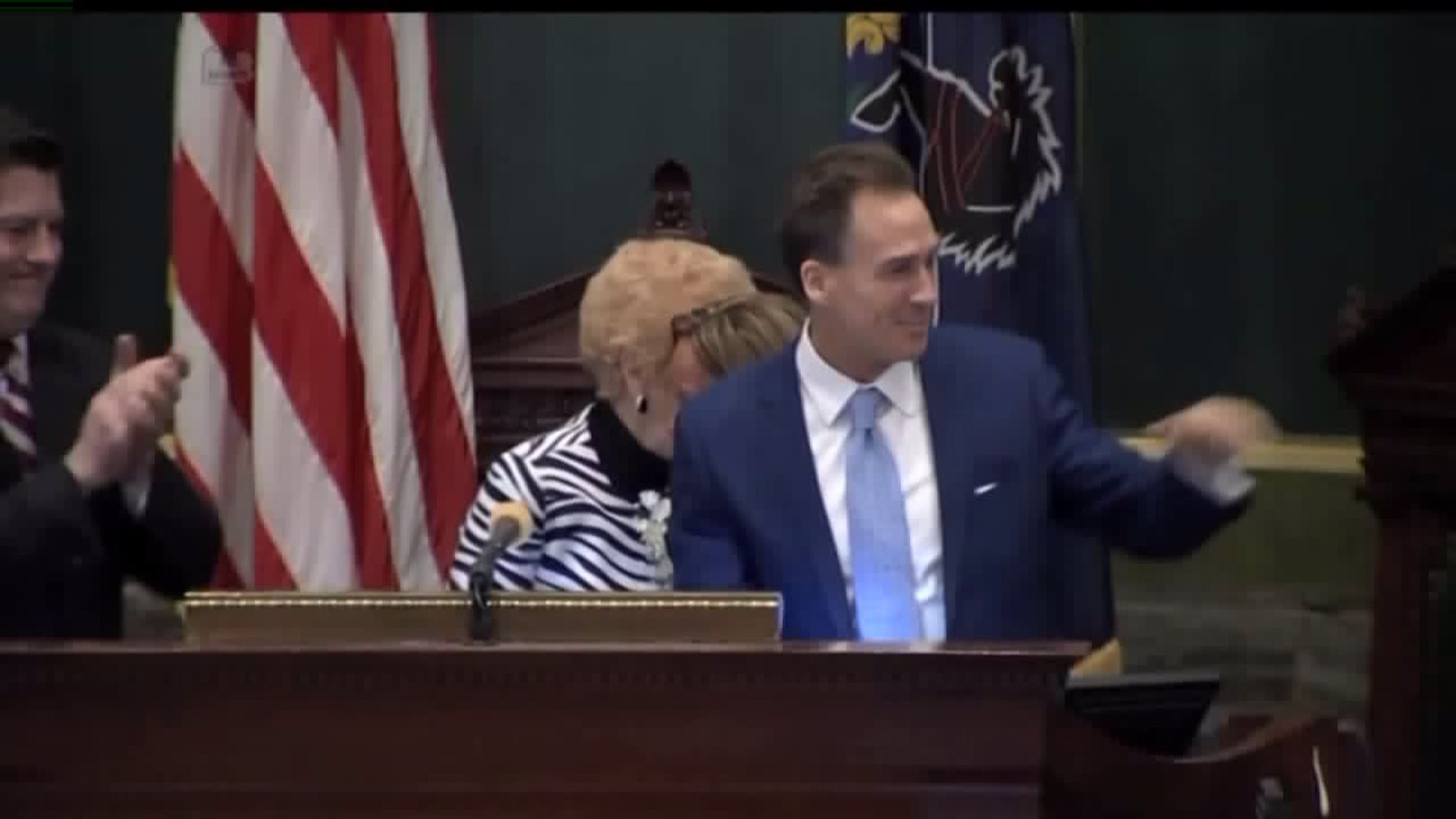 HARRISBURG, Pa. -- A state house committee takes a look at the Lieutenant Governor's expense reports, and is questioning his spending habits.

It also comes at a time when the General Assembly continues to work on ways to fund a budget, that's nearly two months past due.

The General Assembly approved a line item in last year's budget for the Office of Lt. Governor in the amount of a little more than $1 million dollars.

It covers his salary, and the cost of the Lieutenant Governor's mansion, as well as expenses.

Some in state government are asking if there should be more oversight into how taxpayer dollars are spent.

An expense report obtained by FOX 43 News shows numerous online purchases from Amazon.com, and shopping at Giant Food Stores among other transactions. This comes as the director of the group Americans for prosperity raises questions to state house members about the spending habits of Lt. Governor Mike Stack.

Americans for Prosperity Pennsylvania deputy state director Anna McCauslin said "duck breasts, and jumbo lump crab, these are not things that the average Pennsylvanian making $46,000 is consuming on a regular basis. They're treats, but it did look like a pattern of excess spending."

House State Government chairman Rep. Daryl Metcalf (R-Butler) said "$3,000 of expenses that aren't itemized, but are referred to as convenience type of expenditures. I think people kind of scratch their heads and wonder 'what does that mean?'"

Metcalfe called an informational meeting to raise the issue of spending. Lt. Governor Stack wasn't at the meeting, but he did send Metcalfe a letter stating, quote "I suggest that if you and your colleagues find themselves with idle hours you fill them by applying yourself to your constitutional obligation of passing a final budget."

A budget that remains unfunded since June 30th.

"I think this ought to lead to a bigger discussion of overall in Pennsylvania state government, what should the taxpayers be required to pay for," Metcalfe said.

Rep. Rick Saccone (R-Allegheny County) said "we're scrubbing the budget, trying to find every penny that we can to save money. This looks like such an egregious offense, that it looks like something that might be the case that kicks off this whole review."

"He's working on legislation to actually improve the audits that are conducted here in Pennsylvania, when we are auditing, to say what's been spent," Metcalfe said.

"This should be a common practice going forward. I'm astounded that bits 2017, and we're just now asking how is that money being spent," McCauslin said.

Lt. Governor Stack adds in his letter to Metcalfe that the department of general services has been managing a system of lodging, food, and beverages at the StateHhouse for 40 years.

"It's a million dollars that was appropriated to the Lt. Governor in this current '16-'17 fiscal year. So, can that be less, is that a way we can cut? We've got a budget deficit," McCauslin said.

Lt. Governor Stack hasn't been accused of doing anything illegal in regards to his spending.

However, House members are questioning whether it's appropriate considering Pennsylvania's financial state.

Stack wrote Metcalfe that all purchases by state employees are audited by the comptroller, and that if Metcalfe has any questions about the propriety of spending by his office that he should take it up with the auditors.