HARRISBURG, Pa. – Pennsylvania will officially allow patients to receive medical marijuana on Thursday, and the Department of Health and a local dispensar... 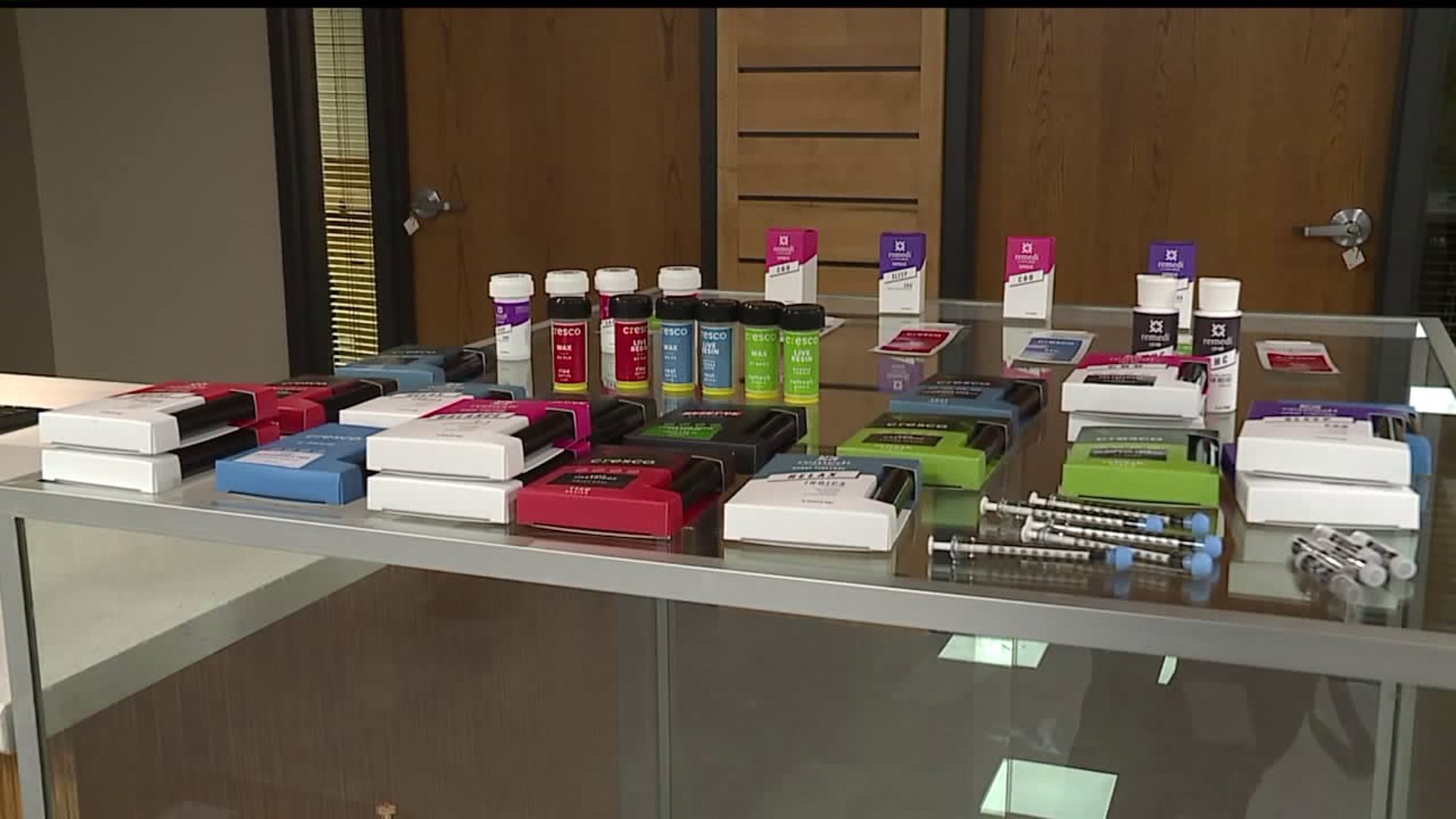 HARRISBURG, Pa. - Pennsylvania will officially allow patients to receive medical marijuana on Thursday, and the Department of Health and a local dispensary are making their final preparations for its consumption.

Health officials said Wednesday they were proud of being able to deliver on Gov. Tom Wolf's promise to have medical marijuana available for patients within two years of his signing of the bill permitting its use.

"They have been crisscrossing the state looking at the dispensaries and at the grower processors," said acting Secretary of Health Dr. Rachel Levine. "We have been working tirelessly in terms of the regulations and Pennsylvania is absolutely ready at this time for medical marijuana to help patients suffering from serious medical illness."

Patients are advised to call their nearest dispensary to see if an appointment is required.

"People can go once they get their medical marijuana card, they can go to any dispensary in the state, and so we really do expect those competitive market forces to keep the price stable," Dr. Levine said.

The first place to have medical marijuana available in Pennsylvania is a dispensary in Butler County.

"This is really what I would call a hybrid between a traditional physician's office and a pharmacy," said Eric Hauser, president and CEO of Organic Remedies. "[People] have actually been coming all week long, people have been dropping by almost on an hourly basis wanting to know when we're going to open."

Patients will be required to display a Pennsylvania medical marijuana card and a photo ID at a dispensary. Marijuana cards from other states are not valid.

Then patients have a consultation with a pharmacist to determine dosage before purchasing the product out-of-pocket, since insurance does not cover medical marijuana.

In the case of Organic Remedies, they say they have also taken plenty of care to ensure security at their dispensary, and are looking forward to Friday.

"It just feels really good to be able to help people that thus far haven't had a whole lot of relief from their conditions," Hauser said.