PENNSYLVANIA — Pennsylvania’s Department of Health is investigating more than a dozen cases of lung illnesses potentially linked to vaping. The prob... 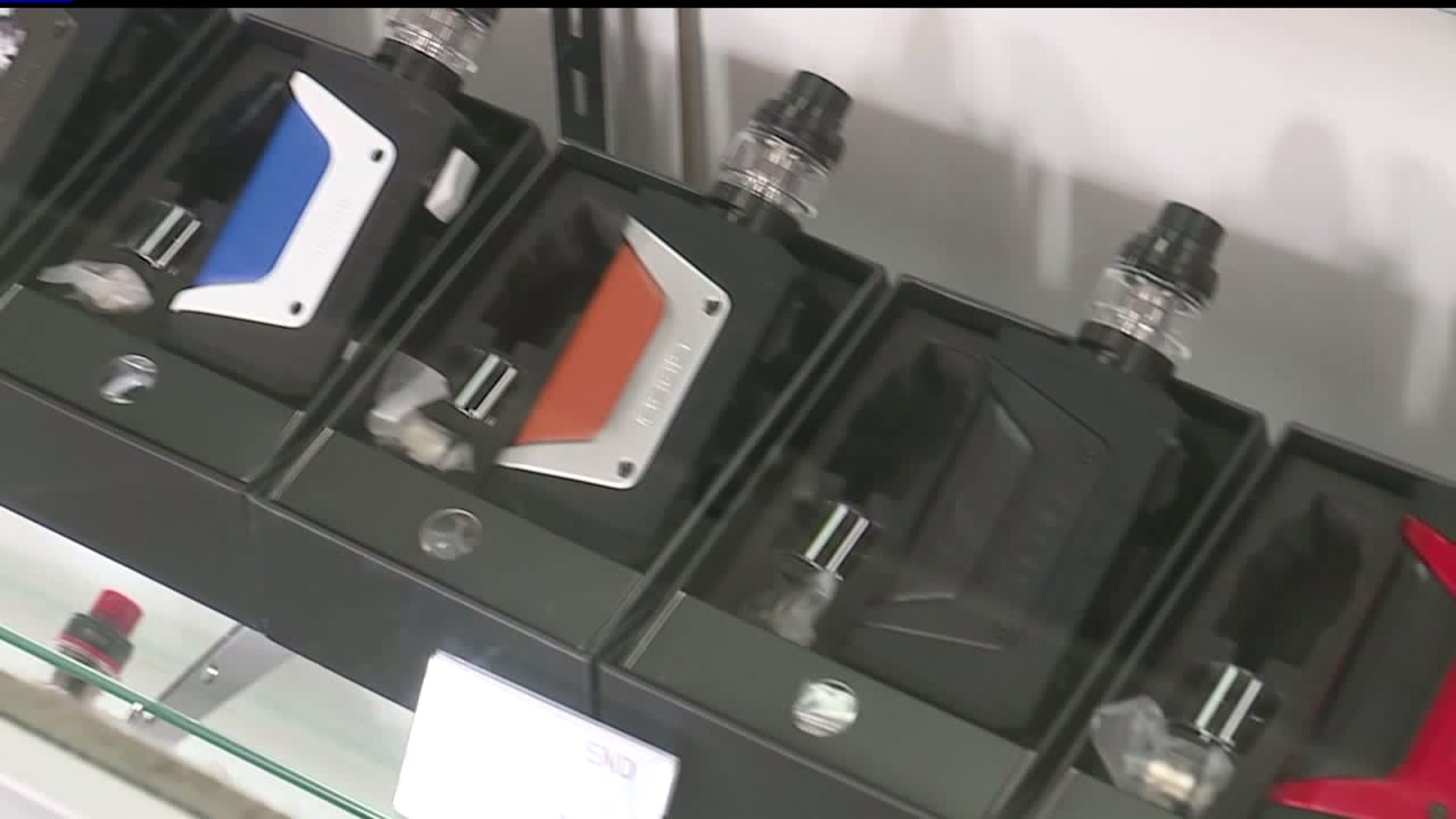 PENNSYLVANIA -- Pennsylvania's Department of Health is investigating more than a dozen cases of lung illnesses potentially linked to vaping.

The problem is something that's been seen across the country.

As of Tuesday,  at least six people have died as a result of vaping-related illnesses.

The Centers for Disease Control and Prevention are urging vape users to quit all forms until more is known.

Those running local vape shops in South Central Pennsylvania say they are just as anxious for answers.

"We want to know what’s going on so we can inform our customers," said Brandon Mueller, owner, Ace of Vapes.

The number of vaping-related illnesses nationwide is growing, however the exact cause is unknown.

According to the Centers for Disease Control and Prevention there are at least 450 cases across the United States of severe lung disease potentially linked to vaping.

Some of these cases are still under investigation.

Pennsylvania's Department of Health confirmed it currently has 17 suspected cases and are investigating an additional 20.

Health officials say the majority of the cases are males in their early to mid twenties that are reporting  symptoms of chest pain and vomiting.

"We are continuing to work on investigating all of these cases to determine whether they are similar to what has been seen nationally, or different." - Pennsylvania Department of Health

However, vape shop owners like Brandon Mueller say they don't believe the issue is tied to lab certified products sold in stores.

"It's the off the street black market THC Cartridges," said Mueller.

While the exact problem has not yet been identified, Mueller says he encourages people to do their research.

However, emergency room doctors at WellSpan York Hospital say they suggest people stick with the CDC's recommendations and avoid vaping all together until more is known.

“We don’t want to give them an item or a product that’s going to hurt them, it’s not what we’re here for, we’re here to get people to quit smoking cigarettes," added Mueller.

Pennsylvania's Department of Health is working with poison control centers in Philadelphia and Pittsburgh, as well as the Centers for Disease Control and Prevention as part of this widespread investigation.

The FDA is also providing support.

State health officials are urging anyone experiencing any type of chest pain or difficulty breathing after using e-cigarettes or vaping to seek immediate medical attention.