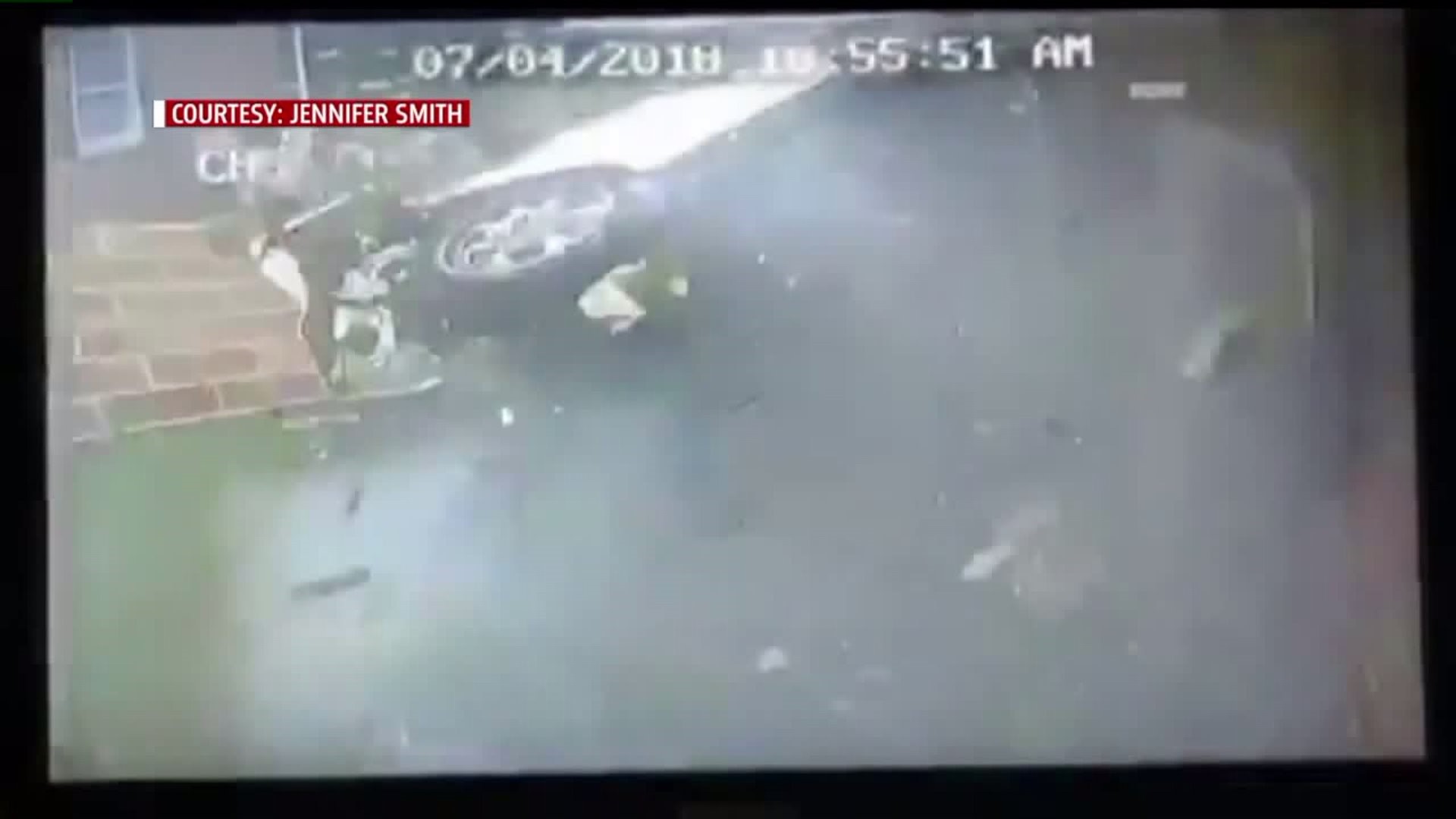 MANCHESTER TOWNSHIP, YORK COUNTY, Pa. -- A York County woman is stuck paying hundreds of dollars after a suspected drunk driver, who led police officers on a chase, crashed his car into the side of her North George Street home on Wednesday.

Now that woman is looking to take legal action.

The car was going 80 miles per hour, crashed into Jennifer Smiths home in Manchester Township, went airborne and landed on its side.

“At first I thought maybe a bookcase fell over or something but it was so loud and it went on for so long that I knew someone had hit the house," said Jennifer Smith, homeowner.

Police say it was Kameron Smith, of York, who was trying to get away from them while driving under the influence.

"It is very frustrating because now my homeowners insurance policy is going to go through the roof or they may even drop me at this point and at least I am going to have coverage but it doesn’t seem fair that I’m stuck holding the bag and having to deal with all of this," said Jennifer Smith.

Her neighbor down the street, Jeff Witmer, who also happens to be a contractor, saw what happened and offered to help board everything up for her, at no charge.

“You could hear it smack the house and that’s when I ran down," said Witmer.

“I did it out of emotion, I just felt like it was my civil duty to just help," he added.

Jennifer Smith says she owes almost $1,000 in deductible costs, plus an estimated $20,000 or more that she is hoping State Farm will cover in damages.

“I’ll ask for restitution as part of his criminal charges to make sure I get at least the deductible back that I have to pay out of pocket," said Smith.

“But that doesn’t always guarantee you’re going to see your money," she added.

Kameron Smith faces a wide range of charges, including driving under the influence, driving under suspension, fleeing and eluding, driving an unregistered vehicle, among other charges.