“It’s gone outside of just being a nuisance issue, but being a health issue.” Dustin Boger says the feral cat problem in his Cornwall neighborhood h... 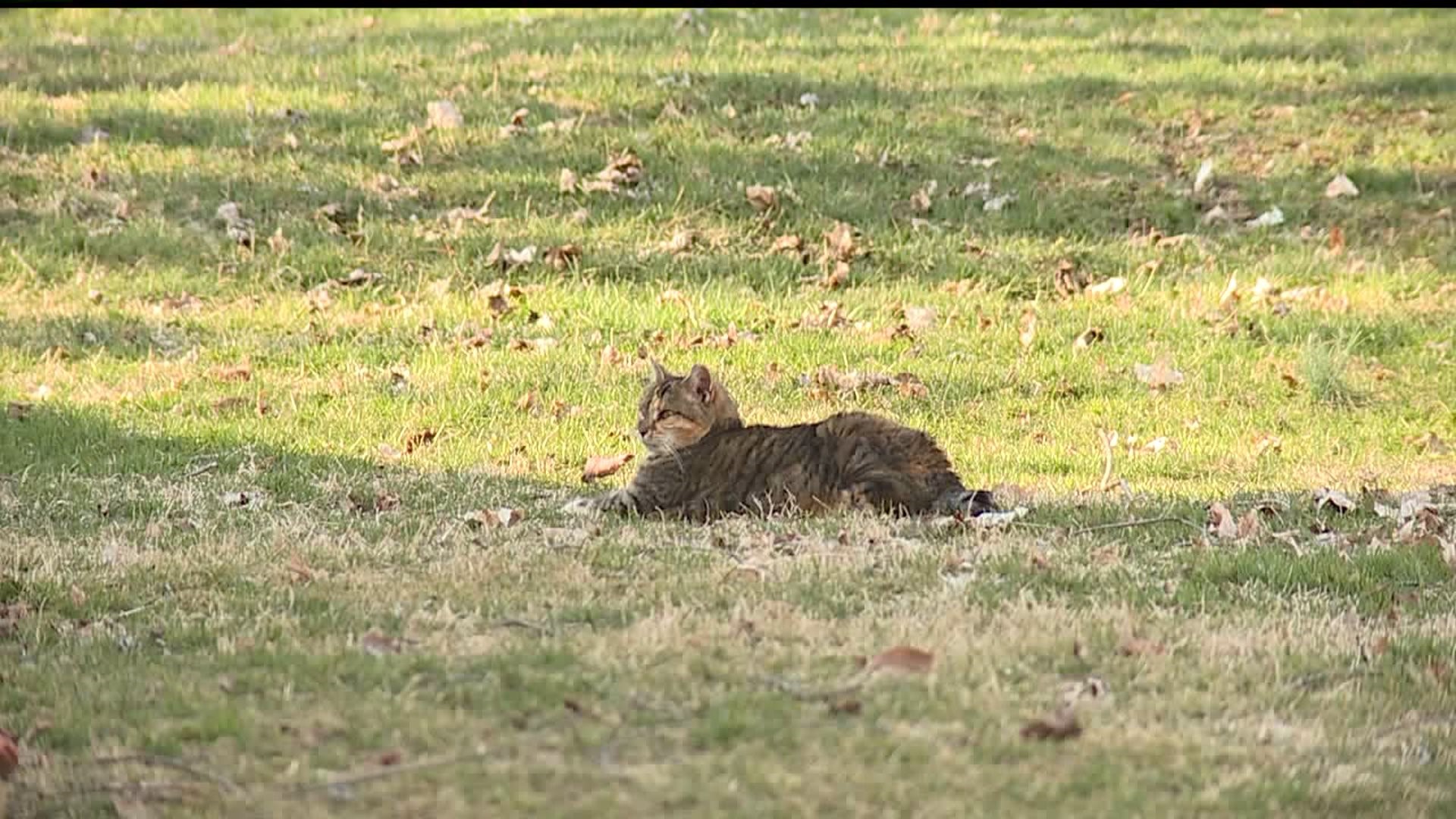 "It’s gone outside of just being a nuisance issue, but being a health issue."

Dustin Boger says the feral cat problem in his Cornwall neighborhood has gotten out of control.

“My son being allergic to cats and my wife just having allergy issues, they both struggle with breathing.”

He says there are at least ten feral cats in his yard, and at least one of them is pregnant.

He says the smell of cat urine is permeating his house, there are cat feces all over his yard, and his son can’t go outside and play.

He blames his neighbor, who he says welcomes and feeds the cats in the area.

It’s an issue he says should have been handled two years ago, the first time the borough talked about passing an ordinance restricting people from doing that.

“They were thinking about doing it and then when they finally had the meeting to maybe enact something, I was the only person there in favor of the ordinance. And they actually backed down because of how many people showed up thsat were angry about it,” said Boger.

One of those people was Melissa Hlavacek, a volunteer with the Preservation of Animal Welfare and Safety group, also known as PAWS.

“We did talk about various solutions and there was one particular area that they asked us to work on and we did go in, talked about some solutions, made some corrective actions, and as far as we understood, things were fine there,” said Hlavacek.

which is why she says she was surprised to learn the borough is reintroducing the ordinance.

She says PAWS has helped significantly reduce the population over the last two years using the TNR program, which is trap- neuter- and release.

She says it would be inhumane to just stop feeding them.

She says the best method to fix the issue would be a partnership between PAWS and the borough to aggressively implement the TNR program in order to see faster results.

“A lot of people have said to my wife when PAWS came over here to try to help us, they have made the point to her that they are trying to be humane. But they’re forgetting the human factor in that. And the cats shouldn’t have more of a human right than you or myself,” said Boger.

The ordinance will be discussed at Monday night’s council meeting.

That will be held at the municipal building at 6:30, and the public is welcome to attend.