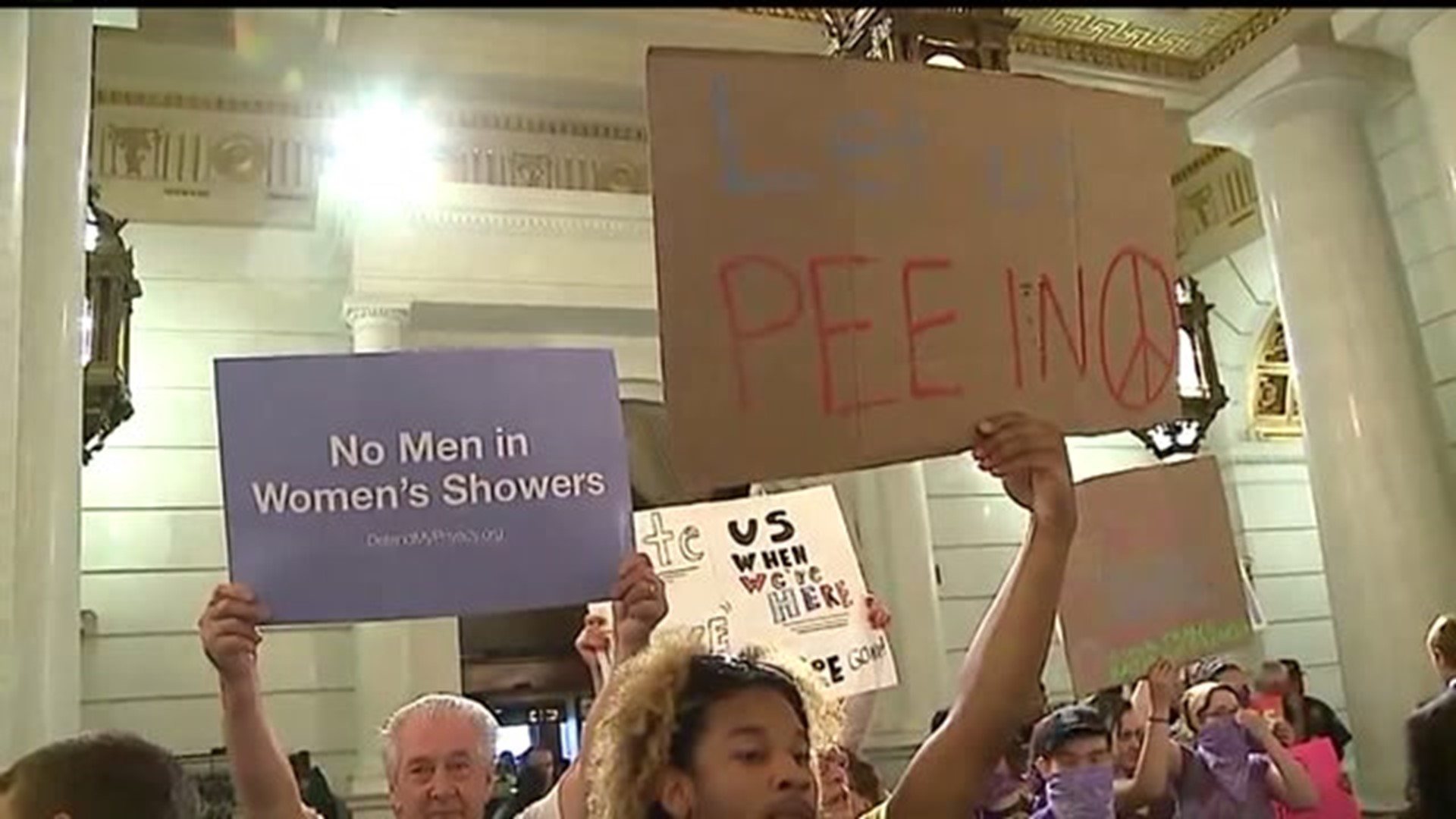 HARRISBURG, Pa. - House Bill 1510 is being called the Fairness Act.  The bill is, "an Act amending the act of October 27, 1955 (P.L.744, No.222), known as the Pennsylvania Human Relations Act, further providing for the title of the act, for findings and declaration of policy, for right to freedom from discrimination in employment, housing and public accommodation, for definitions, for unlawful discriminatory practices and for prohibition of certain real estate practices; providing for protection of religious exercise; and further providing for powers and duties of commission, for educational program and for construction and exclusiveness of remedy."

People against the legislation that are part of the Defend My Privacy Coalition gathered at the Capitol for an hour long rally on Monday.

"I'm a mom of three young girls.  I want to make sure that my children's expectation of privacy and their safety is not being infringed upon," said organizer Caral D'Addesi.

As the rally took place, a second rally began in favor of the bill. About two dozen supporters stood inside the Capitol and more stood outside.

"Just to have our presence here to kind of be known that there are people who stand in solidarity with the trans community," said Cara Lamberson.

The legislation is expected to be voted on soon.