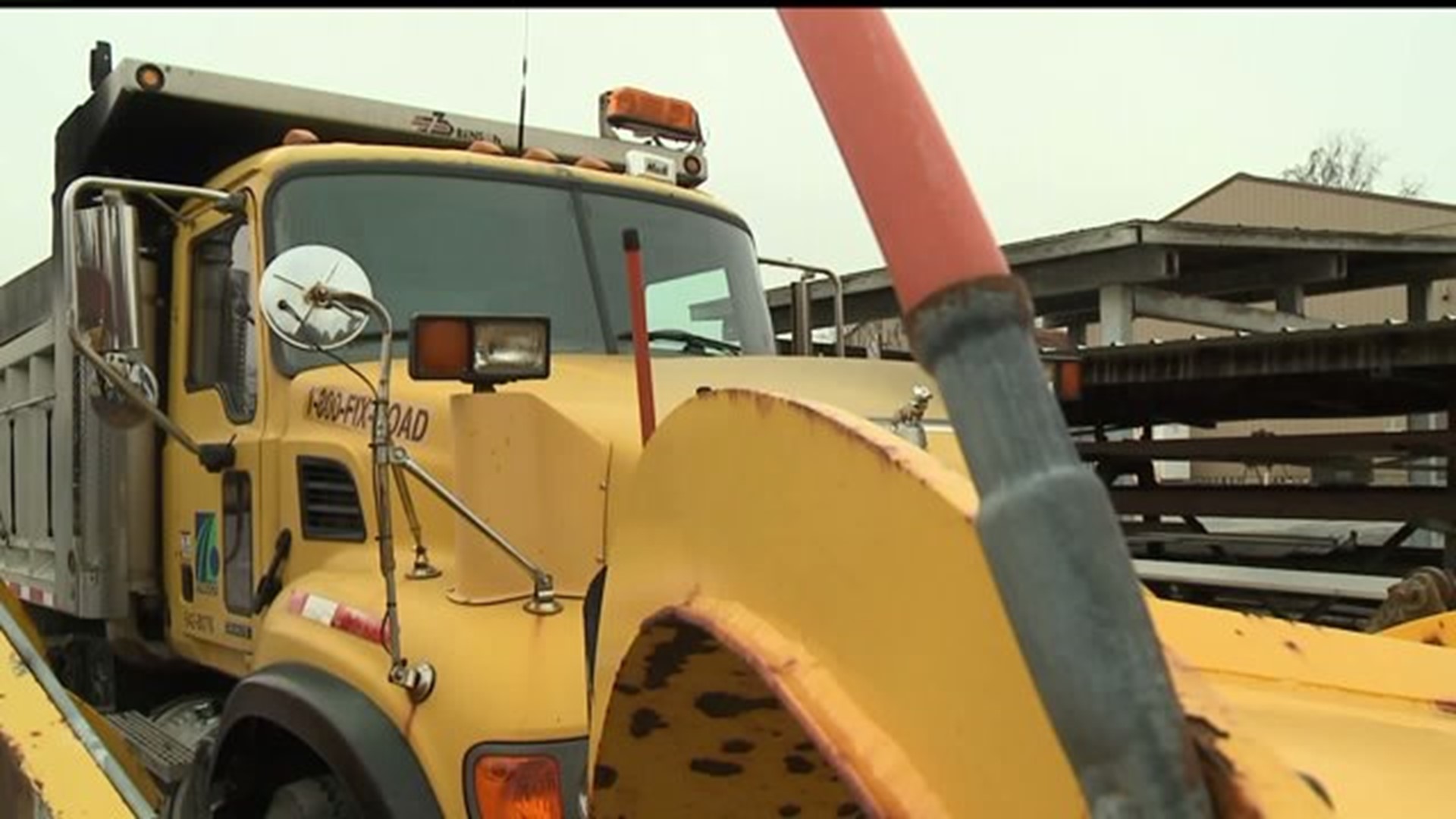 MANCHESTER TWP., Pa. -- Although this winter has been anything but white, PennDOT officials are prepared for the snow.

PennDOT officials said they have about 71 plow trucks with Automated Vehicle Location systems in South Central Pennsylvania. These AVLs are devices on the trucks that allow the public to track snow plows in the area.

Fritzi Schreffler with PennDOT said, "For the public, they'll be able to see that our trucks are actually out there and where they've been during a snow event."

People can go on www.511pa.com to see where the plow trucks with AVL are and where they have passed through. And for PennDOT, it gives them information on road conditions.

Schreffler said, "The AVL will allow us to do better tracking of our vehicles. We can tell things like road temperatures, speeds, how much material is being put out as they travel along. So for us, it's really a bonus in terms of managing resources."

She said it's part of Gov. Tom Wolf's desire for transparency.

"We get numerous calls during winter events saying that, 'I made it home from work and I never saw a PennDOT plow at all,'" she said. "Well people need to understand that it's about a 40 mile route for many of our drivers. And it doesn't take them quite the time that it takes everybody else."

PennDOT officials said this program is just the beginning.

Schreffler said, "People need to understand this is a pilot, and it's a starting point for us, so if you're looking at the map and you see X number of trucks out, it's not saying that we have lowered our service-our level of service. We still have the same trucks out, they just don't all have the AVL on them."

PennDOT officials said the snow plows will be focused mostly on interstates and expressways.

To see where the snow plows are in your area, go to www.511pa.com.